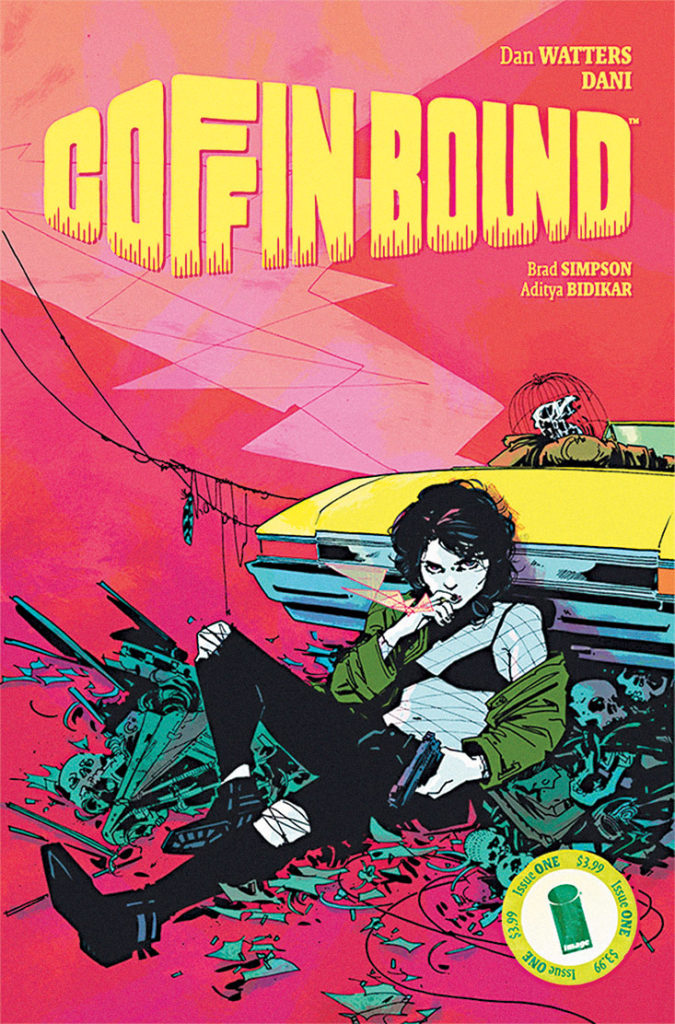 She is a woman on a mission. There’s a ruthless killer on her trail, and if the world doesn’t want her, then it doesn’t deserve her. She’s out to un-live her life, and we’re along for the ride as we meet a variety of bizarre characters across a freakish wasteland.

Izzy is cool, collected and generally disinterested. Then, she is awoken and (barely) perturbed by the presence (but not the appearance) of an anthropomorphic, skeletal vulture that warns of her impending doom. We’re then introduced to the Eartheater, who no one before has escaped and who now has his eyes on Izzy. With the Vulture as her companion, she sets out to all the places she’s been and to find people she’s met to wipe away any trace of her existence before the Eartheater can get to her.

“Coffin Bound” is lush with dark, stylistic elements similar to those of “Sandman,” in a world that feels like “Mad Max” meets “Fear & Loathing.” The characters inhabit a world that is desolate and grim and live in fear of what seedy mythology lies beneath the surface. But just how deep this mythology runs is yet unclear, as we are given just enough pieces to seek more answers. 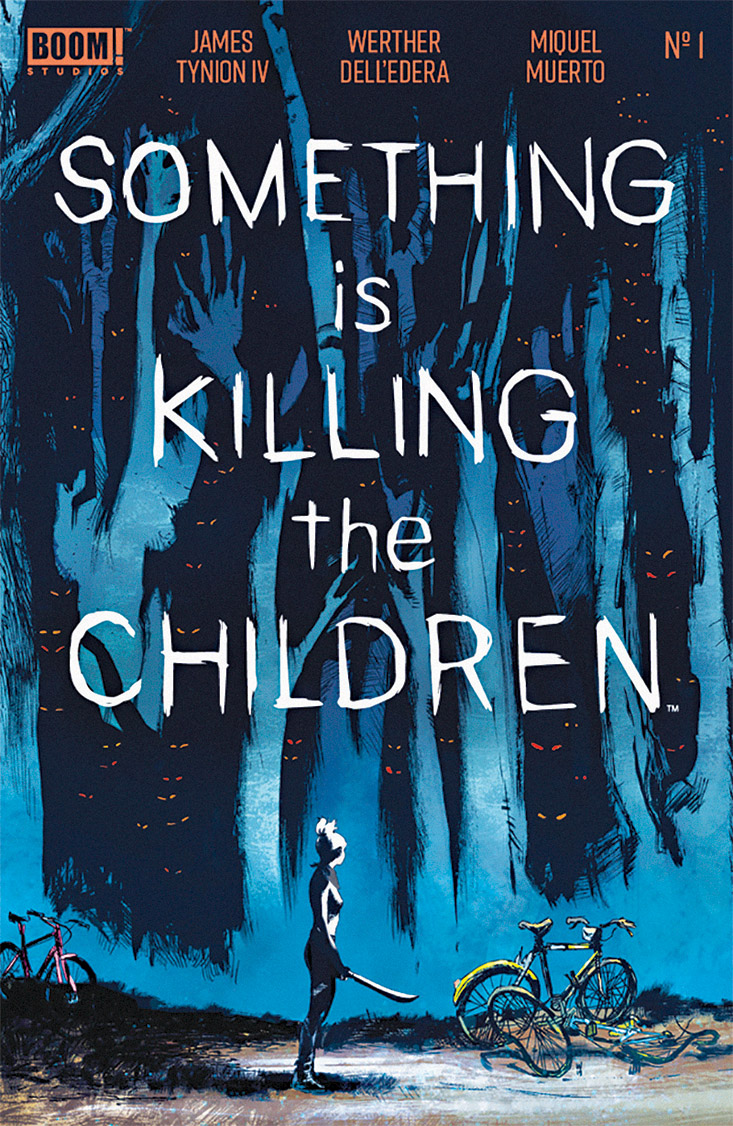 ‘Something is Killing the Children’ No. 1

“Something is Killing the Children” No. 1 opens with a scene of boys playing a game of Truth or Dare. When one chooses “truth,” his question is: “What’s the most scared you’ve ever been?” Thus, begins a story that starts out make-believe and soon becomes reality.

This book has one of the most gruesome, graphic scenes of death I’ve ever seen in a comic book. It is written by James Tyrion IV, best known for his work in Batman, and features the moody, scratchy art by Werther Dell’Edera that is perfect for a horror comic.

Issue No. 1 ends with hope in the form of a small girl with blonde hair and a big knife. Next issue, we’ll see if she can defeat the “monster in those woods.” This book is rated 13-plus, which is probably pretty spot on. Issue No. 2 has a ship date of Oct. 16, perfect for Halloween!