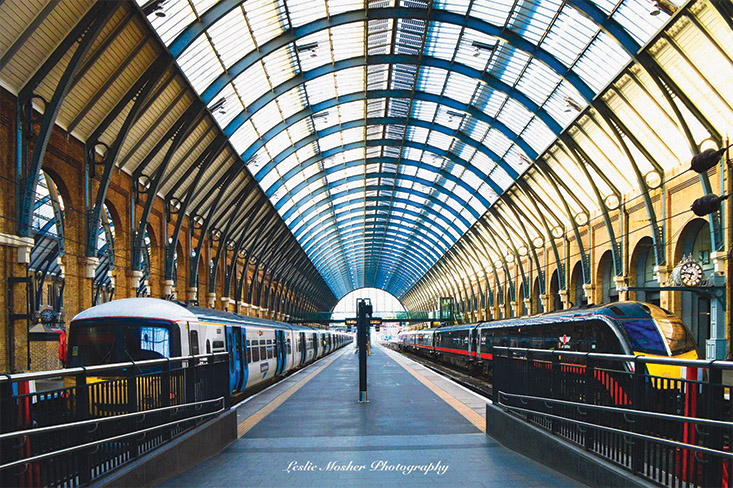 This story is part of a package on the 2019 Louisville Photo Biennial. For more, click here.

In an age in which most everyone has a digital camera in their pocket or purse — one that occasionally doubles as a telephone — the art of photography would seem to be in a boom period.

That’s not necessarily true, even if the Portrait feature and the Vista filter on your device make those selfies you take look extra special.

The preponderance of digital cameras, said photographer Paul Paletti, owner of Paul Paletti Gallery, “doesn’t mean the percentage of good photographers has increased — it just means there are more images out there to look at.”

Therein lies one of the key focuses of Paletti’s project, the Louisville Photo Biennial, which returns Sept. 20 with photography exhibits in nearly 70 venues, including roughly 100 artists.

The Biennial strives to educate people about what artistic photography is as compared to, say, just another image. The goal is to enhance people’s “visual literacy,” Paletti said.

And that is an important delineation, especially if one treasures the art behind traditional photography — the kind of work that doesn’t involve the word “selfie.”

What remains most important to photographers — and is inherent in any form of the art — is content.

“Now that everyone has, minimum, an 11-pixel camera in their pants pocket, it has been democratized,” said Courier Journal photographer Michael Clevenger, adding, “But the art of telling a story with a photograph is the same. That’s what photographs really are — they’re stories.”

Clevenger (whose photo is on page 13) was the last photographer at the Courier Journal still using film before the publication went fully digital two decades ago. The process has changed dramatically, he said, from photographers shooting in real time but having to wait to process photos to see what they got.

One of the biggest changes, he said, is that with film, he may go to an assignment with three rolls of 36-exposure film for 108 possible choices . These days, he may come back from the same shoot with more than 200 images from which to choose.

“I thought through the photos a little longer with film,” Clevenger said. Another improvement brought about with digital photography he points to is the ability to better shoot in low-light situations with added speed.

“We’re able to take photographs now that 20 years ago were unthinkable,” Clevenger said. “That’s been a real boon for us.”

Michael Maes is a Louisville photographer known for his portraits of abandoned houses and buildings and is co-owner of As We See It Photography. Maes found his passion for photography only in recent years and has never worked with film. He estimates he has spent roughly $40,000 on digital photography equipment, and he’s happy with his process.

As a key modern improvement, he pointed to modern mirrorless cameras which, unlike traditional SLR cameras, require no internal mirror to reflect light. It’s a what-you-see-is-what-you-get frame with direct light.

He may shoot hundreds of frames during a shoot, and then he uploads them into his computer and judges their quality on a five-star scale. Any image rated three stars or fewer gets deleted immediately. The best images are processed digitally for tone, contrast, clarity and sharpness. The rest will be stored for possible future use.

“I think it’s similar to the development process in film,” he said, “but you have a little more control over it now than you did then.”

Mary Ann Carothers, a professor in fine arts and photography at UofL, has been teaching there since 1998, when, she said, many professors refused to even communicate using email. So, digital photography wasn’t even a thought — the program then was fully focused on film photography. These days, Carothers said, students learn both digital methods and traditional methods. She noted that one of the biggest changes has been the students themselves, many of whom have grown up knowing only digital photography.

“The spaces in which we teach have both changed and not changed a lot, but the way we see images and our viewing perception is dramatically different today than when I started teaching in 1998,” she said. “Screens change everything.”

It would seem teaching darkroom methods would be unnecessary with the advent of digital photography, but Carothers said that staying true to what photography was conceived to be is important. Most of all, photography students are receptive to those methods, she said.

“I especially love to teach darkroom photography and students still love to learn the process,” Carothers said, adding that she and fellow professor Mitch Eckert also keep up with new methods and make sure students learn new technology as part of their education.

Paletti said digital photography is another step in the evolution of photography, regardless of whether it renders traditional film photography extinct. When cameras were invented in the 1800s, many believed photography would destroy the art of painting, but that art form remains alive and well nearly two centuries later, he said.

Paletti said that in the 1880s when Kodak released the first cameras for sale to the public, many believed that because now anyone could take a photograph, photography no longer was an art form.

“This is something that has literally occurred on a regular basis every time there’s a technological innovation,” Paletti said. “When photography was invented, there was a stir that now every man can make a visual image and not just an artist. There’s a vast difference between being able to make an image and being able to create artwork.”

Maes said he has to laugh when those who see his work and compliment his camera for taking such good pictures. “I hear it all the time,” he said. He admitted there is a distinct advantage to using digital technology, “but you still have to have a good image to begin with. The composition has to be right, the exposure, all that.”

For him, his goal is to tell a story using what he calls “details.” He doesn’t shoot just an empty house, but rather the personal items left behind, therefore focusing on the emotional aspect of the family that once lived there.

Paletti talked about being “in front” of the photograph and how digital photography might even compromise that:

“If you can see the shot you wanted, it’s too late. With digital, you take the picture, then you look at it to see if it’s any good. While you’re looking at it, 10 more things have happened that you missed.”

Digital photography has enabled what he calls the “spray and pray” method, in which people simply take a series of shots back to back and hope for the best, he said.

Paletti said the Biennial won’t include that type of photography.

“People see images all the time,” he said. “But just because you see a lot of them doesn’t mean you can necessarily distinguish what’s good and what’s not. Hopefully, by showing very good work, it helps educate people on what really great photography looks like.” •