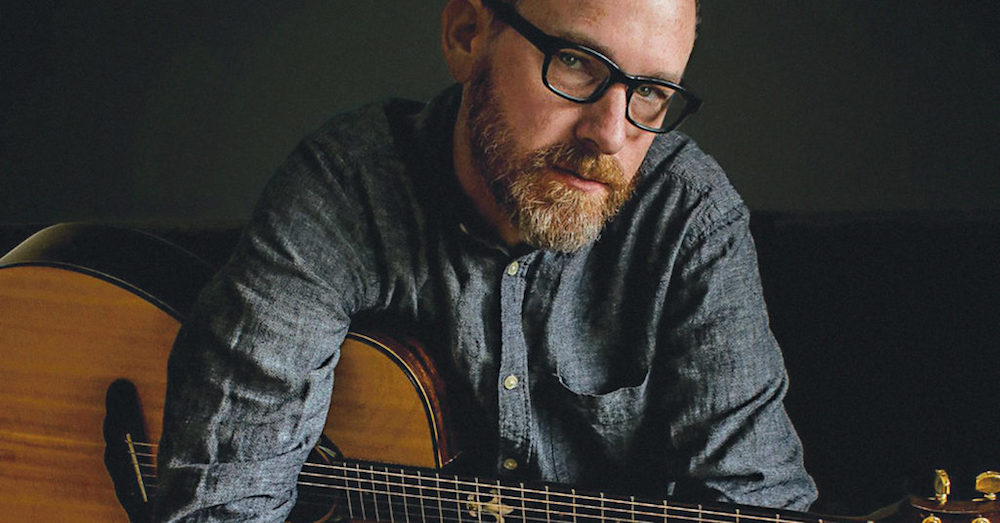 For decades, Scott Ritcher helped give Louisville’s music scene a national profile. He owned and operated Slamdek, a local record label that worked with bands such as Endpoint, Rodan and Crain, to name a few. Throughout that time, Ritcher was the singer and guitarist for Sunspring and then Metroschifter, the latter of which lasted until around 2010 when he relocated to Stockholm, Sweden. Ritcher has lived abroad for the last decade, continuing a career in design, as well as writing and recording as a solo musician. He’s also a founding partner of the Louisville Bourbon Transit Co., which debuted its small batch Bedtime Bourbon in 2017. And he has a history in politics, unsuccessfully running as an independent candidate for mayor in Louisville in 1998 and for state Senate in 2008. This Friday night at Zanzabar, Ritcher will be back in town, performing from his newest record, The Kentuckian. Pale Blue Star will open.

LEO: Tell us about The Kentuckian.
Scott Ritcher: The last record I did, that came out in 2016, was lots of layers, super long songs, lots of instruments, cellos, piano, guitar, bass, drums — it was a lot. I had wanted to do a record that was the opposite of that. It is basically just acoustic guitar and vocals and maybe one other instrument on each song. Just to keep it super simple, the simplest songs that I could write that I could also perform live without any accompaniment. It was written and recorded in a really dark and cold winter in Sweden.

Did you do all the recording yourself?
There are a couple of guest musicians on it, who recorded in their own studios.

I heard slide on one of the songs, and figured it was Pat McClimans from Metroschifter.

He does play on one of the songs, a little electric guitar interlude. He helped me every step of the way for the record. He lives in Portland [Oregon] and I live in Stockholm and those are far apart. Nine hours apart. So, when I got an idea finished and something recorded, and he would tell me how to fix it, how to do it right. He held my hand through the whole thing.

Is there a central theme beyond location?
Uhm, I don’t think so… there’s a few themes. It is an American living far away from America. Anything I say right is going to sound really stupid. There are a few things. America and people and drinking. I think maybe some musicians would say ‘Yeah, it’s about America’ and that means something totally different than what I’m saying, because this was written and recorded after 10 years of living in Sweden and looking at America from there.

Given your love and connection to the state, what made you leave?
I needed a break. I had just lost an election [for a seat in the Kentucky Senate]. I had been visiting Sweden to play music and to visit friends there. I wasn’t totally leaving here. I was just going there. But I needed a break from America. I had some friends who invited me, who helped me try to move to Sweden. Sweden is really clean and quiet and everyone is educated and fairly healthy.

Don’t rub it in.
Yeah, so when someone says to me that Bernie Sanders’ proposals won’t work in the real world, I’ve been living in a country where they work great, and they have been working since the ‘50s or ‘60s. Everything can be scaled up. So yeah, I had the opportunity to try to move there, so I decided to try it. I didn’t know if it would be a little vacation, or if I’d have to come back and pay for it all, or if it would work out for a year or two years. It turned into 10 years already.

Do you plan on staying in Sweden?
Not really. I think I’m going to come back here probably sooner rather than later.

It’s like quicksand. You cannot escape the gravity of Louisville.
I have a lot of good friends here. I’m working on some projects here. And my parents and family are here. Bedtime Bourbon is the thing I really want to do. It’s real. Being a designer, everything is more and more digital and you’re so connected all the time. And the bourbon thing is so… real.

Does the culture in Sweden change your music?
A lot of what makes Louisville music special or unusual is that people always wanted something to be just a little bit wrong with it. You can’t write a major key song — verse, chorus, verse, chorus — like you have to throw in a dissonant chord or change the time signature: If it’s not wrong or interesting, then it’s not that good. Even on the punk side, I don’t remember even on the punk side, people playing traditional punk. I don’t think it works here. It’s too perfect.

Have you learned anything there about here?
Swedish people know more about American politics than Americans do. The president is never too far from the conversation, regardless of where you are in Europe. One of my Swedish friends told me that she thought the world was the audience and America was the stage.

From your website, I see that you’ve held onto the Metroschifter name. Is there a future there? If so, what might it look like?
No, no, no. The three of us, Pat, and Chris [Reinstatler] and I, we still hang out and travel together all the time, even though we live in different parts of the world. But rarely do we pick up an instrument when we’re hanging out. •