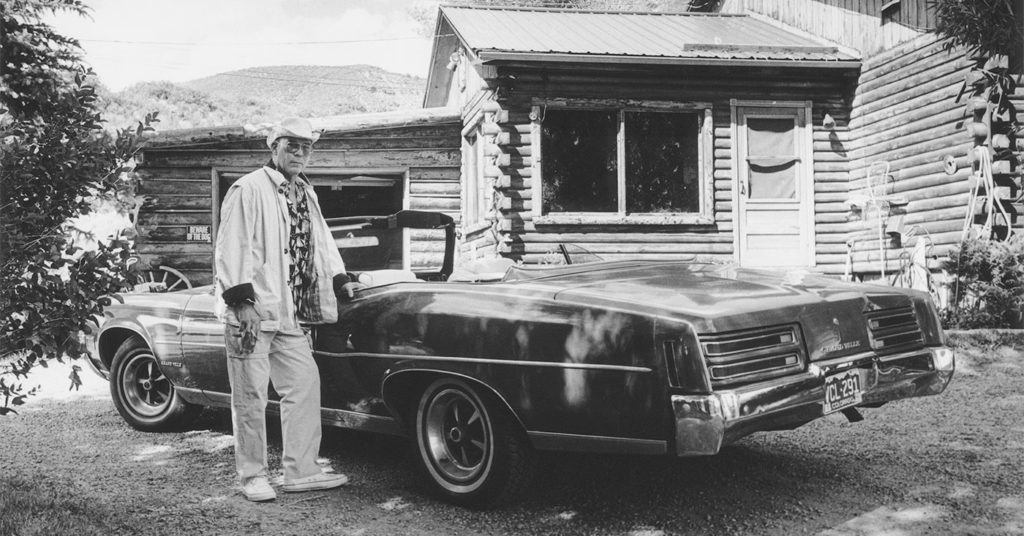 “It never got fast enough for me.”
—Hunter S. Thompson.

On the July 4 weekend in 1994, I was buzzing across the Nevada desert en route to Aspen, Colorado. After a few abbreviated phone calls, I found myself in Hunter’s bullpen, the Woody Creek Tavern. A few gratuitous margaritas later, served by Hunter’s bartender guardian, I passed muster and was directed to Hunter’s famed Owl Farm.

Inside the cabin, Hunter emerged from the wings with a mason jar filled with bourbon. With the lone peacock screeching from the porch, he began interviewing me like the journalist he was. We made a few pics, and he had to split. Ready to go and seated in the “red shark,” he dashed back into the cabin to get his stash and returned with his freshly packed Meerschaum pipe and sped off into the Rocky Mountain sunset to Jack Nicholson’s soirée.

When I got back to my pad in San Francisco, the Kentucky Colonel, Bill Cardoso, Boston Globe editor and originator of the moniker “Gonzo,” was resting comfortably on my couch. Bill excitedly said, “Let’s get Hunter on the horn.” As soon as I mentioned Cardoso on the answering machine, HST picked up. These ol’ “cut buddy” journalists started reminiscing ‘bout their wild days in Africa with Ali and Foreman. Hunter and Cardoso’s exploits during the “Rumble in the Jungle” were colorfully portrayed in George Plimpton’s book, “Shadow Box: An Amateur in the Ring.”

These two Gonzo souls may have moved on, but their legends remain with us, just like Allen Ginsberg said of Jack Kerouac’s writing “Strong as on earth.” •
—Christopher Felver, July 11, 2019