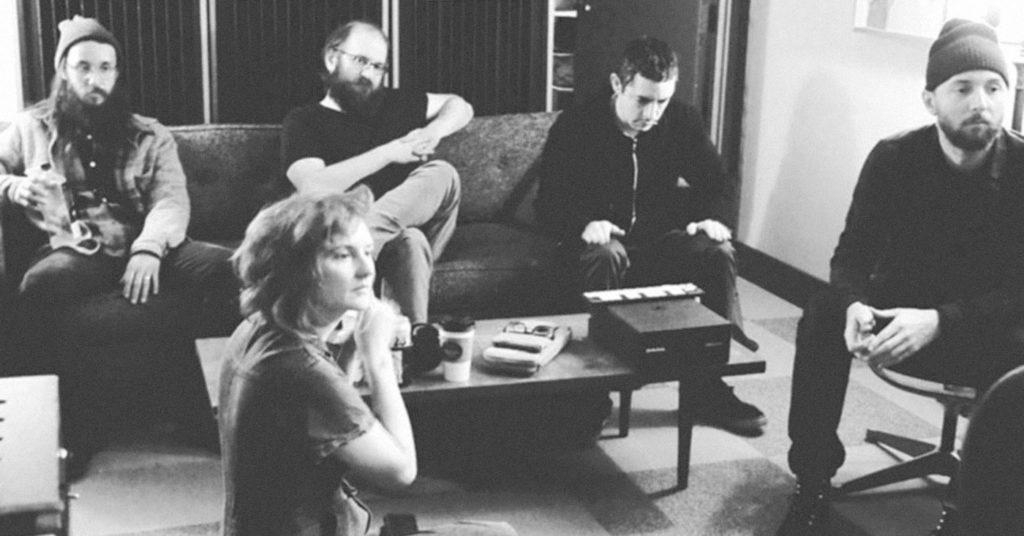 The experimental psych-punk band Pleasure Boys started as a three-piece, but after original member and multi-instrumentalist Greg Bryant passed away from cardiac arrest in 2016, so many musicians in the band’s orbit offered their services that they began to perform and record with anywhere from five to seven people.

“All of these people, who were friends of his and friends of mine, all kind of came together, and it helped me get through a pretty bad time,” singer/guitarist McKinley Moore said. “It’s a pretty special group of people. They’re all amazing musicians and even better people.”

Now, Pleasure Boys will release their latest full-length album, A One Night Show, at Kaiju on Saturday, June 1. Recorded in Bloomington, Indiana, at Russian Recording, A One Night Show is a bold, synth-heavy collection of in-depth and nuanced art-rock. What makes this record sound a bit different from their previous releases is how it bounces from big, driving songs to lighter, atmospheric ones.

“I’ve always felt like dynamics were important, but I guess, for the most part, I’ve played what would generally be considered punk music, even if there were synthesizers, it was still pretty hard-hitting,” Moore said. “I did not want to only do that this time. We made a conscious effort on a lot of it to make it lush and expansive instead of in your face constantly.”

But, there are still the loose and improvisational qualities that always defined the band and their sound. Moore didn’t map out what the songs would exactly sound like or even what the lyrics would be. That took shape in the studio.

“I don’t sit down and write lyrics or think about things thematically, generally,” Moore said. “I tend to make up lyrics in the moment — evoking the emotion that I want the song to have, more so than looking at it as poetry or it being about anything specific.”