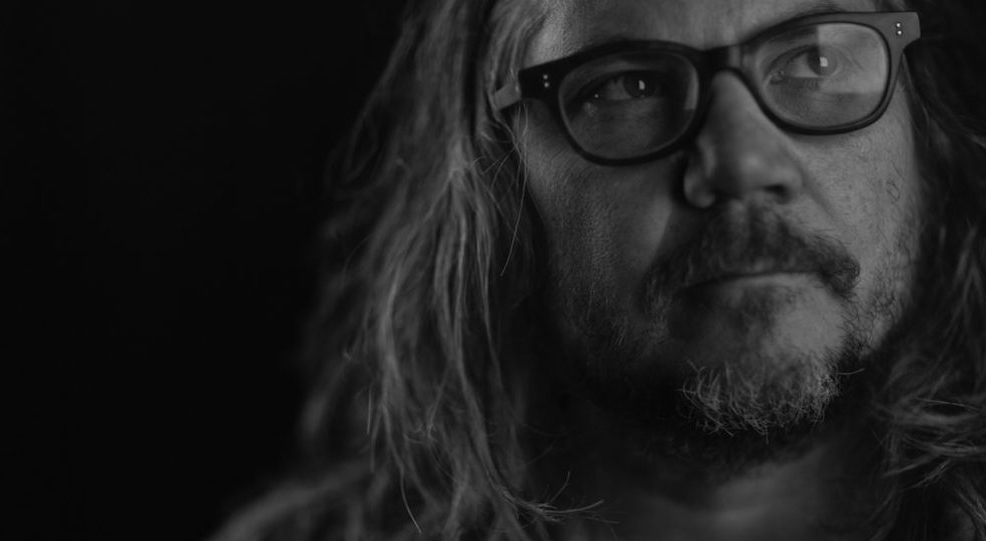 Jeff Tweedy has shown many sides throughout his musical career: the apolitical, yet socially conscious Uncle Tupelo, the more abstract and experimental sounds of arena-filling, Grammy-award winning Wilco and all the bands in between such as Golden Smog and Loose Fur. Currently, with his solo career, he’s fallen into self-reflection and stripped-down honesty. Throughout it all, Tweedy has never left his musical roots far behind, and there’s certainly a  common thread running through all his musical outfits. But never has the man become so philosophical, so laid-bare, as what he’s given us with his latest solo record, WARM, and the live presentation he brought to his sold-out show at Headliner’s Tuesday night — just Tweedy, a guitar and harmonica. It perfectly reflected his newest side.

Tweedy, bearded, long-haired and wearing a baseball cap, took to the stage quietly before launching into Wilco’s “Via Chicago” in his signature tenor croon. Evoking the greats before him including Dylan and Springsteen, Tweedy knows how to cast a captive spell with soul-baring by way of nuanced pop sensibilities — despite that most of his songs mention death and dyings. He settled into “Bombs Above,” one of the more melancholy WARM tracks. As he sang “suffering is the same for everyone,” you quickly realized you’ve come to hear a master songwriter in a special setting, not an affirmation about how everlasting or perfect life is. “I just threw up before I came out here,” Tweedy testified after the song was over. “But I’m OK,” he reassured the packed room, before smiling and forging on: “Thanks for asking.”

With his sparse rig, many of the songs bled into another, but Tweedy delivered them all as if every line was personally felt and hard-earned. Here and there, he bantered a bit in a style more like a scripted play than off-the-cuff chit-chat — like a one-man musical. For someone who has spent three decades on stage, Tweedy seemed almost nervous to be addressing the audience in an intimate setting. But, when he promised the audience a “cavalcade of fucking hits,” the crowd broke into a small frenzy before a grinning Tweedy played the Wilco classic “I Am Trying To Break Your Heart.”

Through the night, Tweedy worked his way through 21 songs, leaning heavily on Wilco highlights. Some of the obvious highlights were “Heavy Metal Drummer,” “I’m The Man Who Loves You,” “Ashes Of American Flags” and even the Woody Guthrie-penned “California Stars,” which Wilco and Billy Bragg recorded on Mermaid Avenue. Reworked, and without the ruckus of a band behind them, Tweedy’s words shined.

Overall, the set would have benefitted from the addition of more WARM material — he played only a handful of songs from the recently-released album. Either way, his WARM songs — given how they were originally constructed — lended themselves better to his current live platform, and their freshness gave them a vivid sharpness that his reworked material did not quite have. But Tweedy put that in perspective with his encore closer, “Don’t Forget,” one of the most poignant songs from WARM: “We all think about dying,” he sang. “Don’t let it kill ya.”