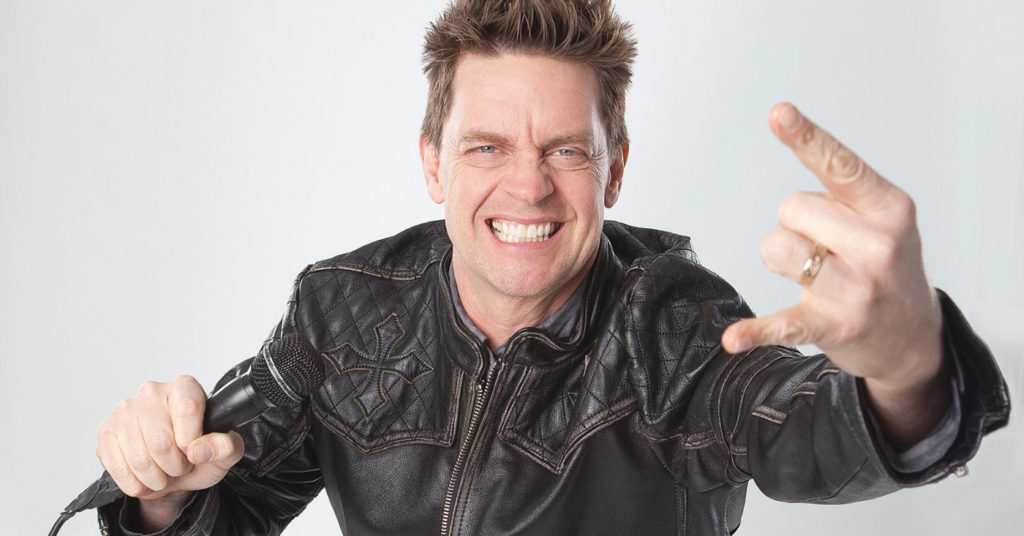 A lifelong metalhead, comedian Jim Breuer recently landed the perfect gig — opening act for Metallica on their WorldWired Tour. He knows the crowd is not there to see him, so his outlook is: “We’re all stuck in here until they come out, so let’s have a party until they’re ready.” He has been on “Saturday Night Live” and in stoner classic “Half Baked.” Breuer headlines at Mercury Ballroom on Thursday and opens for Metallica at KFC Yum Center on Saturday.

LEO: What is it about metal that you love?
Jim Breuer: The philosophy of it, and the lyrics. It was more of a culture and a way of life for me, and it still is. It’s thought-provoking and honest. Iron Maiden’s ‘Run to the Hills,’ that song taught me more about American history than any book did. Judas Priest’s ‘Electric Eye,’ taught me more about big brother and the future than the book ‘1984.’ My philosophy and perspective on organized religion, I learned a lot from Metallica’s ‘Leper Messiah.’ It put everything into perspective. ‘War Pigs’ by Black Sabbath, nobody else was coming out and saying what the real deal was at the time. How it was all nonsense and hogwash-bologna to keep us distracted from the dark, nefarious ways we’re being controlled. Metal exposed a lot of that. People are like, ‘Oh, it’s dark. It’s evil.’ No, it’s not. It’s honest.

Is it a dream to tour with Metallica?
I would be a liar if I said it wasn’t. Hands down, the greatest gig I have ever had in my lifetime. Not only are they my all-time favorite band, but they’re my friends. And to be in front of a crowd where I am that crowd, it’s tailor-made for my life. It’s so authentic. And usually, as a comedian, you travel by yourself. I’m traveling with a city when I’m with Metallica.

Is taking the stage in an arena different from more traditional venues?
First of all, when I’m doing my own thing people are coming to see me. That makes it 10 times easier. No one is paying to see Jim Breuer at Metallica. Nobody. I would say about 10 percent of the audience knows who I am and what I’m about. The rest walk in like, ‘What’s going on here?’ And I’m like, I’m here for the same reason you are — to see Metallica. We’re all stuck in here until they come out, so let’s have a party until they’re ready. It’s like going to the circus when you were a kid. The lion tamer comes out with his big top hat, the giant, poofy mustache and a bull whip. He has seven or eight lions around him, and you’re just waiting for one of the lions to pounce and maul him.

Did you sense ‘Half Baked’ would be a classic when you were doing it?
No. No clue. It was very disappointing when it came out. We kinda thought it would be big in theaters at the time. But it wasn’t really advertised, because the studio refused to advertise it as a marijuana movie. In those days, it was so shunned upon. But none of us could have imagined when it went to tape and DVD what happened. It went completely nutso.

Why did you stop using the F-word onstage?
A couple of things. My kids were old enough to be on the internet, and they would look my stuff up. That’s when I realized that not only do I curse, but there’s no reason to curse. I sound like a delinquent. Why not replace it with just being funny? I don’t mind comics who do curse. I love it. It’s a personal thing for me. I feel lazy when I start talking in that manner. •