(Before I get into this, let me be clear: I am not talking about anyone who is blind, who is colorblind or anyone who has an issue with their eyes that would genuinely stop them from seeing color.)

Dear White People, please stop saying that you do not see color. We all know that is a lie. Short of having an issue with your eyes, you do see color. However, you believe by saying that you do not see color, you are saying something that proves you “can’t be racist” and shows that you are progressive and edgy. In fact, you sound ignorant. Listen to me, black people — the first time you hear a white person say they don’t see color, know that whatever they are about to speak out of their mouth next is a lie. Trust and believe they see color just fucking fine and have noticed yours.

This is the problem I have with white people who say, “I do not see color.” I want you to see my color. Who would not want to see this ebony queen kissed by God’s sun? My melanin-enriched skin is dripping in shea butter and finesse. I am serving black realness on the daily, and you want to deny that you see this Fenty 470 goddess? That is how I know you are lying. We glow. We shine. You see us. Baby, taste this chocolate rainbow! Understand, it is not that we want you to deny seeing our color; it is that we want you not to be racist and discriminate against us because of our color. Saying that you do not see color does not validate someone’s blackness. In fact, what you have done is erase a very foundational part of their being. I am black. Don’t ignore that. I want you to see it. That is the problem in this world. You do not see us. It is like you are afraid to acknowledge or even say the word, black. Trust me: The world is not going to open up and swallow you whole. I want you to see me. And when you see me, recognize that I am black, and do not allow that fact to allow you to not see my humanity. You do not have to erase a part of who I am to have compassion. You can acknowledge that I am black and have compassion and empathy for a fellow human being.

You mean to tell me you don’t see this Beautiful Black Rainbow? That’s a lie.

Also, using the blanket statement, “I don’t see color,” allows you to remain in your ignorance. It allows you to be “blind” to issues that disproportionately affect black people and people of color. It is not invisible people who are disproportionately incarcerated — it is black people. It is not invisible women who have a higher death rate in childbirth — it is black women. It is not invisible people who are more likely to die from an encounter with the police — it is black people. The list is endless of issues that directly impact a people who you claim “not to see.” And that allows you to remain in your ignorance and act as if that phrase offers you some way to wash your hands of issues that you do not see as affecting you.

How ignorant do you have to be to go on national TV as Howard Schultz, former CEO of Starbucks, did and say, “As somebody who grew up in a very diverse background as a young boy in the projects, I didn’t see color as a young boy, and I honestly don’t see color now.” Dude. Really? Two black men were racially profiled in a Starbucks last year, which started a global discussion, but you don’t see color? Does he understand how ignorant that sounds? Schultz goes on to say, “It was a terrible moment for the company. It’s not something that we’re going to forget, and it’s something we learned a great deal from, and we’re still learning about.” If it was something they are not going to forget, and that he claims they learned a great deal from, shouldn’t he start by acknowledging this happened to two black men, simply because of the color of their skin? How can Schultz say they are still learning when he can’t even start there? That makes absolutely no sense and shows you that Schultz is just saying what he believes “sounds good” and makes him appear, “not racist.”

And while I am at it, parents, you do your child a disservice if you are raising them to be “colorblind.” Raise them to see color (because, first of all, they do) and teach them about history and not being racist. That is how they should enter the world. Not like a racehorse with blinders on, oblivious to everything that is going on around them.

You don’t need to go around saying, “I am colorblind,” but here is a novel idea, acknowledge someone’s color, Don’t Be Fucking Racist and don’t discriminate against people because of their color.

So simple if you choose to see it. • 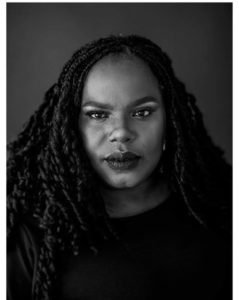