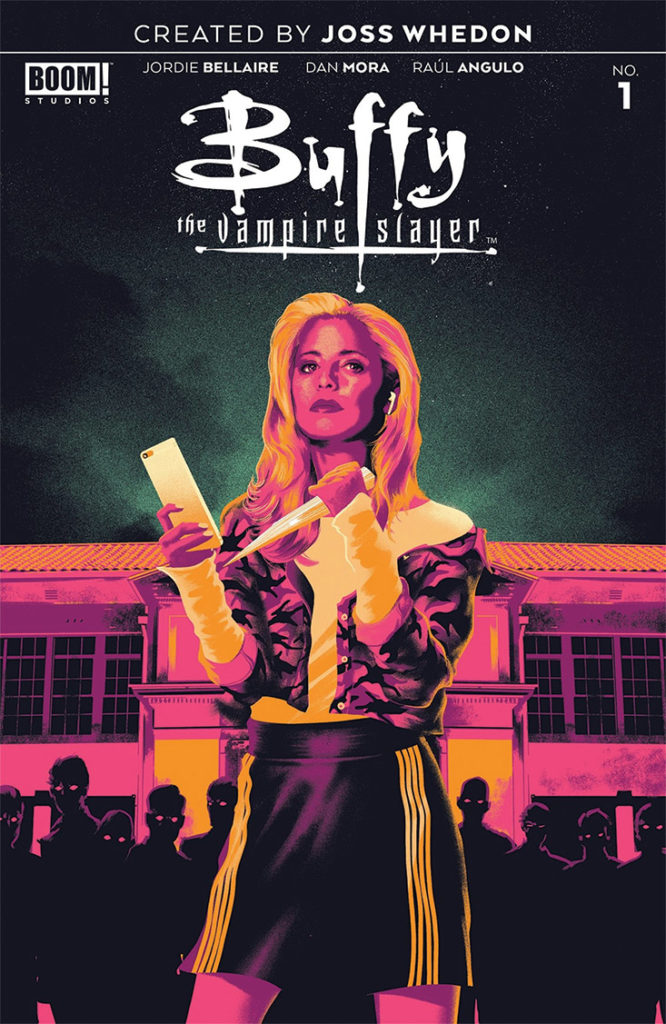 Welcome back to the Hellmouth, everyone!

Actually, we’re here for the first time. We’re going back to the beginning of the pop culture phenomenon that is Buffy the Vampire Slayer for issue No. 1 at its new home with publisher Boom! Studios. This time, though, we’re dropping the Scooby Gang into 2019 for a more modern remix of familiar elements and making them fresh and exciting.

Despite being such a beloved franchise, writer Jordie Bellaire makes it as engaging as the first issue of an original property. It would have been easy to just adapt what we’ve already seen, but we get a well-balanced, fine line of retreading old ground and giving us something new.

Dan Mora’s art does a wonderful job capturing the likeness of the actors without going so photorealistic that they end up coming off stiff and lifeless. It’s a common problem that many licensed comics can have and Mora proves it to be a wholly unnecessary one in just 32 pages.

Guaranteed to make old fans happy while also successfully grabbing new ones, “Buffy the Vampire Slayer” No. 1 shows why moving the property from Dark Horse to Boom! was a great opportunity to breathe new life into such a wonderful franchise. Issue No. 1 is on sale now with issue No. 2 dropping at the end of February. 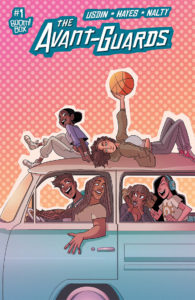 Charlene “Charlie” Bravo (yes, she’s heard your 10-4 joke before) is having a less-than-awesome time right now. Right off the bat in “The Avant-Guards” No. 1, we see that she just transferred to the Georgia O’Keeffe College of Arts and Subtle Dramatics (“where everything is open to interpretation!”) and doesn’t exactly love it.

See, Charlie’s a bit of a loner, breezing past all the tables of the student activity fair until a wayward basketball comes her way. This school… has sports?! Well, no, not yet. They need one more player to be able to have an eligible team. Luckily for Liv, the very enthusiastic and persistent team captain, Charlie has been playing since she was 8 years old and she misses it. Unluckily though, she does not miss the team aspect of playing.

I know that “loner joining a team and learning about friendship” sounds decidedly cliché, but writer  Carly Usdin and artist Noah Hayes have given us a fun opener (full of snappy dialogue and great character designs) and twisted what could be boring plots enough to make it fun and engaging to the point of us wanting to keep coming back.