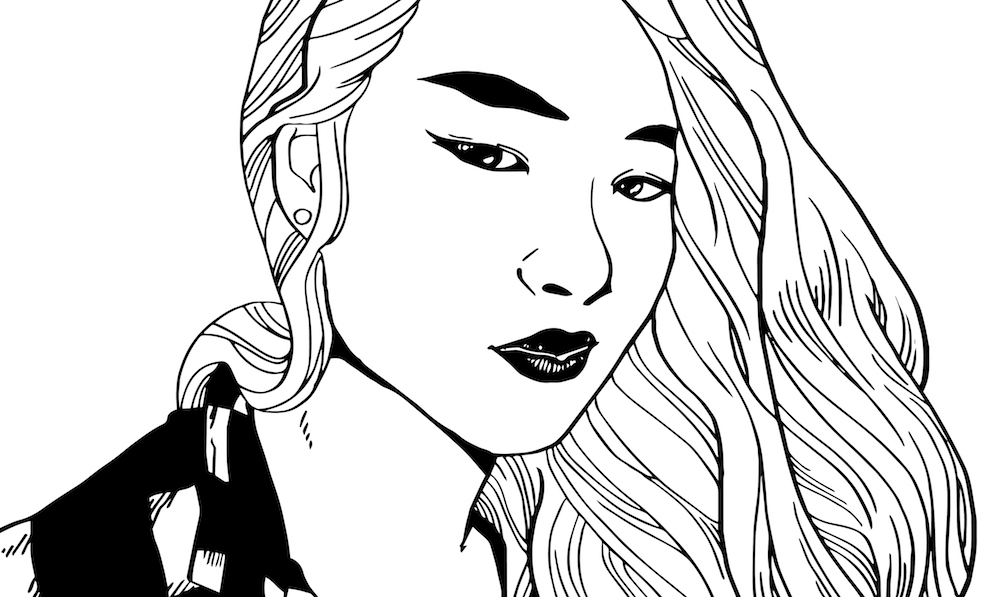 A portrait of Jonah from the illustrated book 'Babes of Louisville' by Yoko Molotov.

A burlesque performer, a human pincushion and a guitar-wielding trans woman are just a few of the vibrant people featured in Yoko Molotov’s new illustrated book, “Babes of Louisville.” Molotov, a multimedia artist and musician, has spent the last two years curating a list of 50 people, all of whom she personally knows and has deemed “babe” worthy. The portraits are realistic line drawings with slight details that hint to deeper tones than simple black ink on white paper. For instance, Babe #33: Julie gives a sly look as she grasps a fist full of dollars. Babe #35: K.G. wears a transgender symbol button and conceals their mouth with fingers. Babe #50: Tasha holds a Holy Bible with the word “Lies” taped over the word “Bible.” Expressions from snarls, wide grins and sheepish glances can be found throughout the pages of Molotov’s self-published book. Interestingly, each participant provided the artist with an image of themselves and how they wanted to be depicted, but it is Molotov’s steady hand that created unique two-dimensional characters from some very multi-dimensional people. (And don’t ask her to do a male version of “Babes,” because she’s not interested.)

LEO: What was the impetus of the project Babes of Louisville?
Yoko Molotov: I wanted to illustrate people that interest me, people that inspire me. It’s a love letter.

Do you personally know all 50 people?
Yes

The portraits are drawn in black and white similar in style of a coloring book. Would you encourage people to perhaps color them in as part viewer interpretation?
I think that would be great!

Are bios included of each person?
No, but that’s a good idea!

Are the portrait poses done from your memory, a photograph or something else?
I ask each person I want in the book to give me a reference photograph. I wanted to make sure they are happy with how they are represented.

Did anyone decline to be in the book?
Yes

Are all the people living?
No. Some are in heaven.

Describe a few of the reactions of people when you asked them to do their portrait.
Most of the people were really excited. I would get messages like, ‘Really me?’ And I would say, ‘Of course. You’re beautiful.’

The term ‘babe’ has mostly been associated with the female gender. Are they all self-identifying female?
No. But they are in some way feminine. [Gender] is not black and white, although the illustrations are.

The term ‘babe’ can be interpreted as derogatory depending on who is saying it and to whom it is addressed. How do you define this word in association to your book?
A term of endearment. It is endearing from me.

Is there a self-portrait?
Yes! It’s used for my author bio in the back of the book.

Will there be another volume to Babes of Louisville?
Yes, in a couple of years there will be a volume two. I am interested in finishing other projects in the meantime.