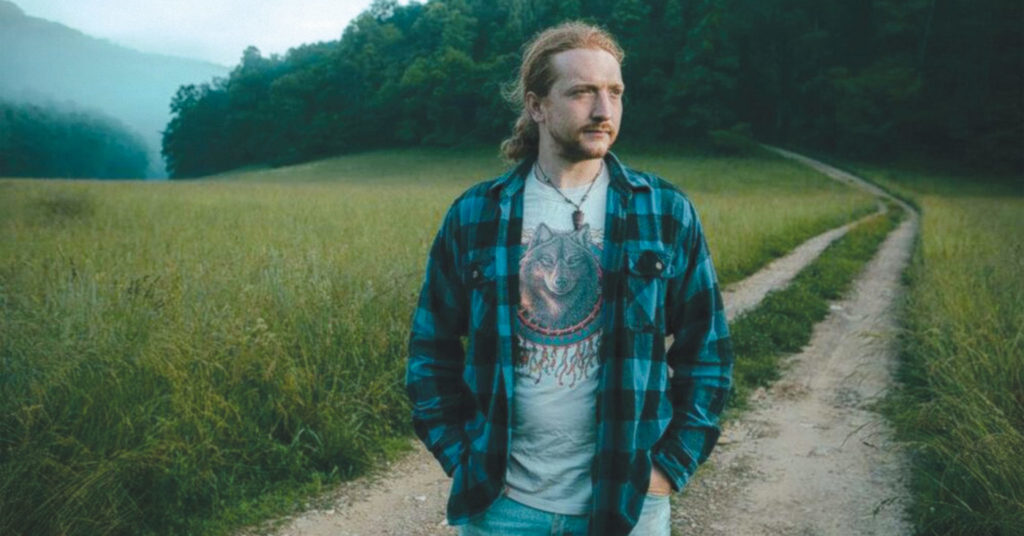 About a year ago, the alt-country musician Tyler Childers played a 400-capacity room in Louisville. Compare that to now — his late-December three-night stand at the Louisville Palace, a 2,600-person theater, is completely sold out. The catalyst of his quick rise was his record Purgatory, a sharp and contemplative reflection of living, hustling, trying to find yourself and falling in love in Eastern Kentucky. The record’s a sincere and magnetic ode to the beauty and tribulations of Appalachia, produced by two major names in Americana, Sturgill Simpson and David Ferguson. We caught up with Childers at a benefit he played in June at Gravely Brewing Co. for the legal defense for Johnny Boone (the pot grower of “Cornbread Mafia” book fame who has since been sentenced to 57 months in prison).

On why he played the Boone benefit.
“I read the book [‘Cornbread Mafia’] that Jim Higdon came out with, and I got some friends from over my way that were friends with Johnny — people that I hold in high regard, and people that hold him in high regard. I figured that I would try to help in some way.”

On the themes of his latest record Purgatory.
“The album is semi-autobiographical. I’ve never killed anybody for an arrowhead, so that was more of a story song. But, with a lot of it, I just wanted to try to convey the angst, I guess, of being a young fella from that area. A lot of these songs are songs that I’ve written over the last seven years, all the while trying to make it playing music. I was looking for something, an accumulation of that angst of being young and not really not knowing what you want to do with your life and trying to figure it out, and tripping and falling and failing along the way.”

On the six-year gap in between 2011’s Bottles & Bibles and 2017’s Purgatory.
“I was trying to find the right sound, I guess. I recorded two albums before Purgatory, and they just never saw the light of day. There was something missing sonically or maybe one or two of the songs just needed more time to breathe.”

On working with Sturgill Simpson, especially on the song ‘Universal Sound.’
“That was one that Sturgill took full reign on. I was playing it acoustic for a long time, but I was playing it faster. I hadn’t really tried it out with the band. I brought the song to him, and I was like, ‘I really feel like this song needs to go on the album.’ He was like, ‘Yeah man, I really like the song, and I think if it goes on there, it needs to be a little slower, because it’s a song about finding your center and inner-reflection and meditation, and you’re playing it so fast — nobody can mediate to the speed of bluegrass.’ So, that was the best example of Sturgill’s influence on [Purgatory]. And he’s all over the record.”

On his quick rise.
“It’s been something. I’ve managed to stay off landscaping crews, so things are going good.”