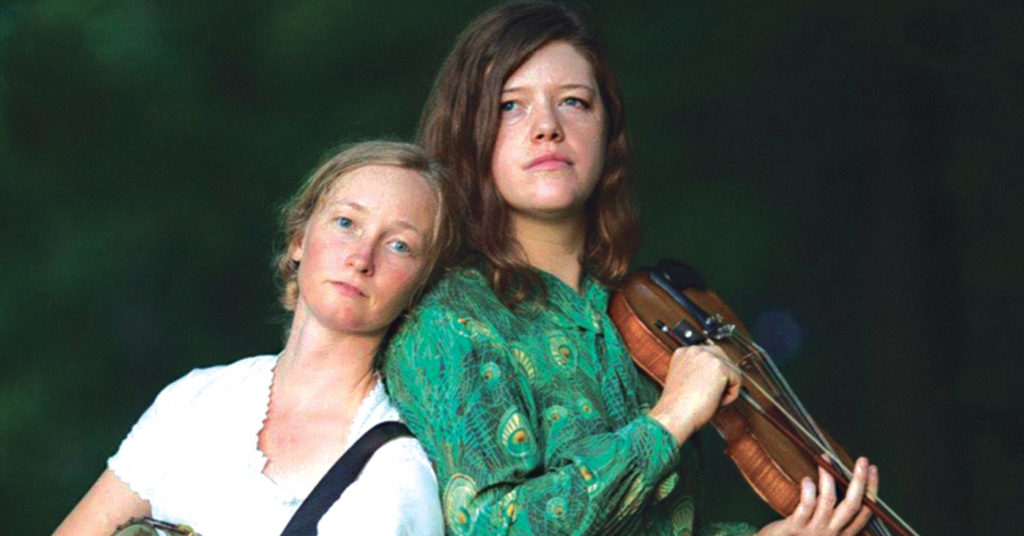 Multi-instrumentalists Heather Summers and Anna Krippenstapel have played supporting roles in Louisville folk acts such as Freakwater and Joan Shelley for a while now, but with The Other Years, the duo’s new project, they offer up a meditation on nature and its healing power.

“Sometimes, for me, if I’m in a rough spot, and I just walk outside and look at some trees and flowers, the clouds, I’m going to find a lot of answers there — it really soothes,” said Summers. “We’re trying to develop that connection with where we live.”

Recorded by acclaimed musician Daniel Martin Moore in a cabin outside of Louisville, The Other Years’ recently-released, self-titled debut album is haunting and calm, two voices playing with harmony and stark instrumentation. Found sounds filter in and out of the songs, adding to the atmosphere — the twittering of birds and chirping of crickets bring a familiar drone to the music. There is a bittersweet melancholia to the album that carries throughout, the soft strum of a guitar and the gentle bow of a fiddle, providing the groundwork for the duo’s piercing vocals. On the track “Talkeetna,” they evocatively sing, “Hope is a choice  /  That has a voice  /  It’s not the leaves or the branches  /  But the whisper in between,” transporting the listener to a time and place or a deep thought.

Krippenstapel grew up near a violin teacher, picking up lessons here and there, while learning a few other instruments, as well, which led her to her work with Shelley and Freakwater, among others. Summers sang to heal herself, developing an interest in poetry and music over time.

“Singing was a coping mechanism for me — I grew up in foster care,” said Summers. “I think that’s why I started having anything to do with music.”

Summers and Krippenstapel have been friends for a long time, but The Other Years is their first project together, which began over a mutual appreciation for old-time music.

“Old time is about communal music and creation,” Krippenstapel said. “It’s not about performance at all. That’s right up my alley. You learn tunes as people play them. We play them at gatherings, indoors and outdoors. Once you get started, it’s hard to stop.”

Going from old-time jam sessions to forging a path toward making a record was a difficult task for them initially, as they had to rise above their doubt. They worried that they didn’t have enough to add to the conversation, lyrically.

“I think there is a lot of universal experiences that people have, but I don’t think that there is anything unique that I have to offer,” Krippenstapel said.

What they ended up with though, is one of the most powerful folk albums to come out of Louisville in 2018.

“It’s been interesting with this project to get feedback from people, so that’s encouraging to say the least,” Krippenstapel said.

And people have certainly been noticing. The Other Years recently returned from the road with Bonnie ‘Prince’ Billy, the longtime moniker of singer-songwriter Will Oldham. Along the way, the duo built up their confidence, but they also found that the nervous energy is part of what fuels them.

“I look people right in their eyes, and that helps me — I totally do that,” Summers said. “I like to pretend that what I’m doing is very important, and then I look them right in their eyes like a preacher or something. I have to say, after the tour with Will [Oldham] that we just went on, we played the Live Lunch — I almost lost some of my nerves, and I almost didn’t like it. When I don’t feel that nervousness, I feel totally disconnected from everything.” •

You can find The Other Years’ self-titled debut record through the website of their label, No Quarter, as well as on iTunes, Spotify and Bandcamp.