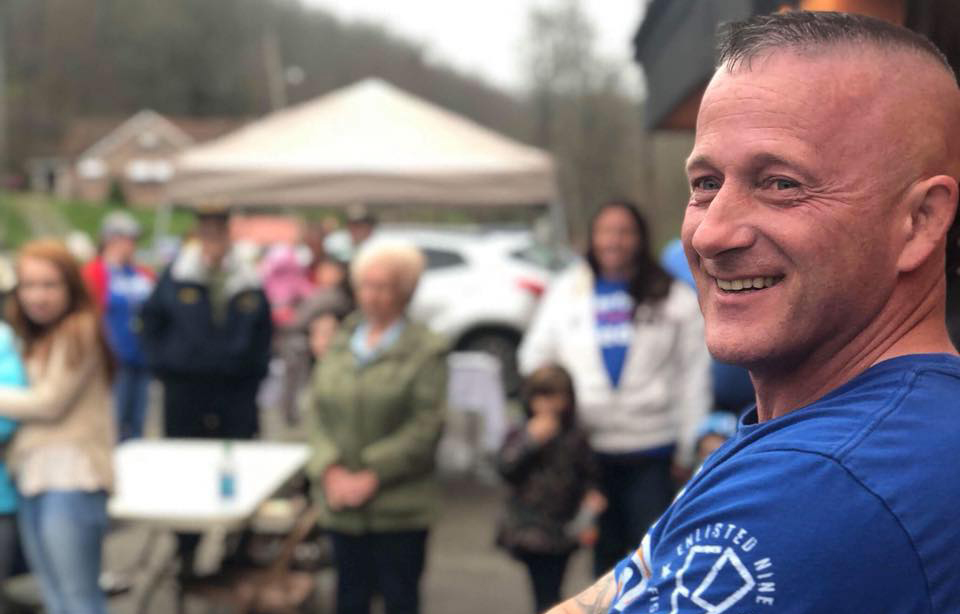 Richard Ojeda, a Democrat, voted for Donald Trump in 2016.

Now, the West Virginia state senator wants to be president.

Ojeda says he regrets his 2016 vote for Trump, but he believes this makes him the ideal candidate to take on the president in 2020, if he runs again, because “I can relate to the people.”

“Very few candidates will understand what life is like for the person on the ground — for the union worker out there who has to fight for everything that they’ve got,” Ojeda told LEO.

Indeed, his campaign announcement last week at the Teamsters Local 783 union hall in Louisville underscored his union support. But, as with his Trump vote, his campaign’s focus on his military service and his views on abortion have clouded for some what otherwise are his progressive, liberal stances.

Is this blue-collar, tattooed Army veteran the answer to winning back disaffected Trump supporters?

Maybe a clue is his loss in a contentious U.S. congressional race in this year’s midterm election to Carol Miller in West Virginia’s 3rd Congressional District. In 2016, Trump won that district by 49 points. Ojeda came up short, with a 44-percent share but outperformed his district’s partisan lean by about 24 points — one of the best showings in the nation, according to fivethirtyeight.com.

Ojeda is staking his 2020 candidacy on his support for unions, opposition to corporate influence over politics and his ability to relate to working-class voters. He favors a tight-fitting T-shirt and camouflage pants and his hair cut into a military-style high and tight from his days in the Army. Ojeda’s off-the-cuff speaking style has captivated audiences over the past year, as evidenced by viral videos of his speeches to striking West Virginia teachers.

On Monday night in Louisville, the crowd of 150 people saw a more toned-down Ojeda. After warm-up speakers that included Nema Brewer, a leader in Kentucky’s public employee uprising, Ojeda took to the stage in a dark suit and tie and delivered a prepared speech. The crowd of union members and Democratic Party activists cheered as Ojeda called on the United States to legalize cannabis and free from prison those serving time for “simple possession.” He criticized “big energy” and “big pharma,” and called for action on the opioid epidemic, saying he’s the best candidate to confront a crisis that has taken thousands of lives, many in his home state. He called for lobbyists to wear body cameras so people can listen in on conversations between them and elected officials. He hinted at a plan to “create millions of new union jobs,” and endorsed “Medicare for All,” an issue becoming a litmus test for 2020 Democratic contenders.

Though he traded in his signature camo pants for a suit and tie, Ojeda’s long military career remained front and center Monday night. Krystal Ball, founder of the People’s House Project and one-time congressional candidate, concluded her speech with a military metaphor: “Richard Ojeda and his army are gonna go all the way!” Ojeda closed his remarks with a refrain he’s used many times on the campaign trail in the past year, “Sappers clear the way. Airborne all the way!” — a reference to his service in the 20th Engineer Brigade of the U.S. Army, a unit whose members are referred to as “Sappers.”

Yet, Ojeda’s decision to tie his military service to his campaign irked some who feel it endorses American foreign policy in its current form.

Perhaps as telling is who was absent from the rally. Louisville activist and community organizer Nicole Hardin is among those critical of Ojeda for his vote for Trump. Though Ojeda said he regrets his 2016 vote, Hardin and others LEO spoke to are not satisfied.

“It doesn’t sound like you’re repentant if you’re campaigning on the fact that you voted for Trump, given all the implications of that vote. You may have been voting ‘for the working class,’ but this president is decimating it.”

In a CNN interview in October with Van Jones, Ojeda explained his vote for Trump thusly: “I was looking at people I grew up with, and they were struggling,” he said. “Donald Trump said he was gonna get the coal miners back to work.”

Another criticism concerned Ojeda’s stance on abortion during his congressional campaign in a state where one poll showed 81 percent personally opposed abortion. He told a West Virginia TV station: “I’ve always said that I’m pro-life,” he said, “but I also, being someone who almost lost my wife and child during childbirth, I think it’s also important in certain circumstances that the mother have the ability to choose her life.”

WCHS also reported that Ojeda wanted protections under Roe V. Wade to stand. “I don’t want to see us go back to where we have the poor doing things to hurt their own selves,” Ojeda said.

Facing criticism on his abortion views, he said more recently, “I wholeheartedly support a woman’s right to make her own decisions about her body,” The Intercept reported.

Ojeda’s bid has prompted questions about this working-class veteran’s prospects in a field that could include Elizabeth Warren, Beto O’Rourke, Joe Biden and Bernie Sanders.

“I spent years defending this nation,” Ojeda told LEO. “Who else who will throw their hat in the ring has ever walked in my shoes? I’m not the typical millionaire [candidate].”

But in a party whose 2018 congressional slate had more women and people of color than ever, Ojeda will have to make the case to the liberal base that a white, male, veteran from a coal state is the right person to carry the banner of a party whose most recent standard-bearers were Hillary Clinton and Barack Obama.

One rally attendee, Louisville attorney Alexa Glibbery, said his appearance convinced her that his approach “is the type of leadership Washington will need after four years of Trump.” •

This story has been updated with additional information since it was first published.