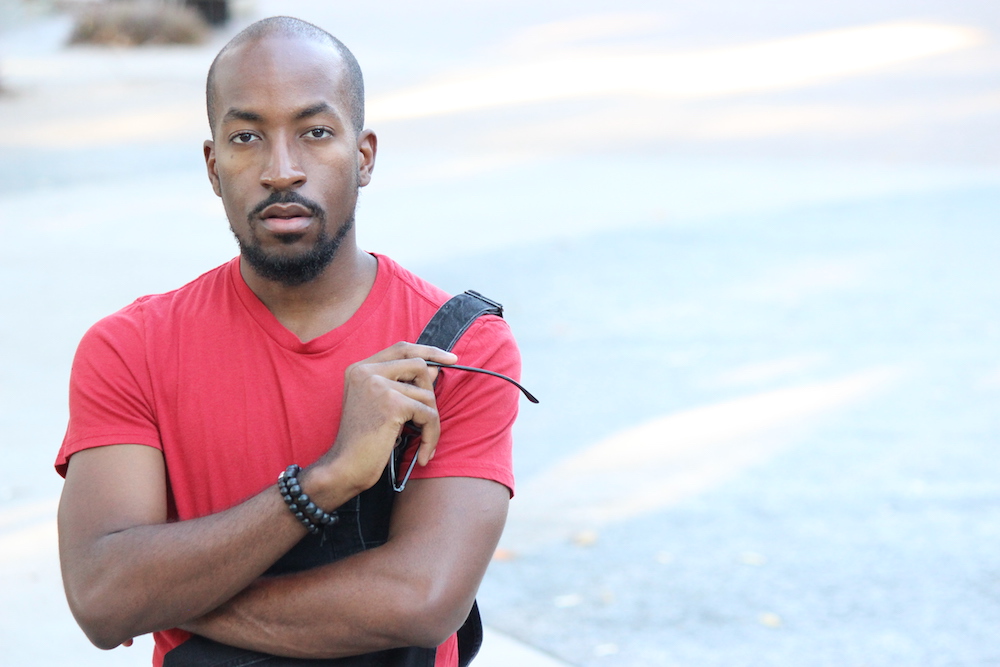 Safety is not first

Scene I
It is March at the University of California, San Diego.

Dave Harris, a 24-year-old student in the graduate playwriting program, sends a script to Actors Theatre of Louisville.

He hopes this ‘standard, six people-in-a-room’ play lands him a spot in the 2019 Humana Festival of New American Plays.

“I sent them the safest play I’ve ever written,” he says.

But, on a lark, Harris also submits a play called “Everybody Black.” The title, Harris says, comes from last year’s Emmy Awards when writer, director, producer and actress Issa Rae was asked who she wanted to win.

“Everybody black,” she replied.

Immediately, her remark generated social media backlash and prompted Fox talking head Tucker Carlson to accuse Rae of promoting a “divisive habit of thought” that could “get you into a civil war.”

Harris’ play kicks off when wealthy white people offer a black historian a lot of money to write the definitive version of The Black Experience™. The problem is, the historian has never met another black person.

Scene II
It is September in an airport.

Harris is boarding a plane and headed to the Oregon Shakespeare Festival to workshop a “Tambo & Bones,”when he receives a message from his manager.

Harris jumps up and screams. “Wow, this is truly not what I expected,” he says.

Scene I
It is 1976, the American Bicentennial.

Jon Jory, the Humana Festival’s founder, makes an audacious wager: Louisville, Kentucky, not Broadway or a theater company in another large city, will become a test bed for New American Plays.

He envisions a festival that would challenge playwrights — the well-known and the unknown — to take risks and pioneer a new era in American theater.

He figures Louisville’s business and philanthropic community (notably through the heft of the Humana Foundation) and the city’s ticket-buying public will support such a risky enterprise.

So, although “Everybody Black” is pretty much the opposite of “safe,” it’s also pretty much a quintessential Humana play. It’s a sprawling piece that calls for more than 30 characters (though they can be played by six to eight performers).

It is fearless in its scope and means. Its agenda is nothing less than to survey and critique the vexed history of race in America from the era of slavery to the present, post-millennial moment. And to do that it sets up a ribald, revelatory clash of generations that is informed by tropes and language drawn from minstrelsy and hip-hop, advertising, academe and politics.

Want to write a play? ‘kind of like a fever dream’

Scene I
Opens with Harris explaining his writing process.

He writes in intense bursts, he says. “It’s kind of like a fever dream.”

“The way I write all my plays is I’ll sit on an idea for a month. Then, for a week I’ll sit in front of my laptop eight hours a day and play the same song on repeat all that week. It’ll be like 4 a.m. and I’ll probably be crying because I’m into the feelings of the play and I’ll text someone that I love them and then I’ll email the play to a teacher or someone so that someone else can have the play. That’s the week. A long, concentrated period of time playing the same song at 4 a.m., and text someone I love them so I can remember that. And then the play is done.”

Harris says writing is a trance-like experience that enables him to break through barriers.

“I think the form of theater can create an emotional distance between the playwright and what they’re writing about. And I approach writing as a way to think about what I’m most afraid of and how can I bring that fear closer,” says Harris.

Playing a single song on repeat (in this case, it might have been D’Angelo’s “Send It On,” though Harris isn’t certain) allows Harris to stay in that space.

“I don’t want to sit in that heaviness all the time, because it’s exhausting. So, once I stop playing the song, it’s a way to get out.”

Scene II
It is the month before Harris writes “Everybody Black.”

He is pondering his identity as an artist.

“I’m always trying to think about in what ways I am capitalizing on pain, and in what way am I reinforcing modern tropes of storytelling,” Harris says.

When asked what he meant by “capitalizing on pain,” he says he grew up in West Philly and  switched from a public school in fifth grade to a private, all-boys school where “there was wealth beyond anything I’d ever known.” He was one of the first non-white students there.

“Earlier,” he says, “I had used words that people would associate with blackness — and thus with lacking intelligence. So I learned how to code switch — back then we called it ‘speaking white.’”

“There were aspects of being black that I could perform or play up to gain social currency. So, I would pretend that I was really good at basketball, because they expected that of me, and when I acted that way, people would like me more. I learned about hip-hop — I mean, in-depth — so I could create an image that seemed unique or special. And by being able to perform for an audience I found that as a black person I could find ways to move through that space.”

Harris says that experience — of crafting a persona for a white audience — informs his understanding of theater and his urge to control his own trajectory as a storyteller. “Throughout the history of theater, up until now, there has always been a traditional idea of how blackness should be seen on stage. We think about August Wilson and Lorraine Hansberry, and it’s often through the idea of righteous folk working for an idea of freedom — which mostly means working for either wealth or white capital.

“But I think, in 2018, that traditional hero’s journey of a lot of black theater can create situations where black people have to recreate their own oppression on stage for a white audience. Plays about police brutality are dealing with real issues with real consequences, but in theater, in art, in TV, we may also be recreating the spectacle of that oppression in some way to profit from that.”

Earlier in his life, says Harris (who has been writing since he was in the eighth grade), “I wrote plays with the idea that there’s going to be a white audience and I need to educate that audience about my experience, to get revenge and to prove these white people wrong because I know all the things they think about black people and it’s my job to show them that we can be better than that.”

Exploring the many shades of black

Scene I
Harris is questioning why he was creating stories that seemed to be seeking white validation.

“Everybody Black,” he says, is about exploring that question.

“I always move toward my fears, and I think because of that my plays often make people uncomfortable, but it gives them something they haven’t seen before — because I’m also making myself uncomfortable.

“Because of the writers who came before me, instead of writing about the character who leads a march, I can write about the character who didn’t go to the march because he thought it was going to rain. That’s where this play is coming from. Everybody black — and there are so many shades to this, and I love that I get to keep pushing to explore all those other shades.” •