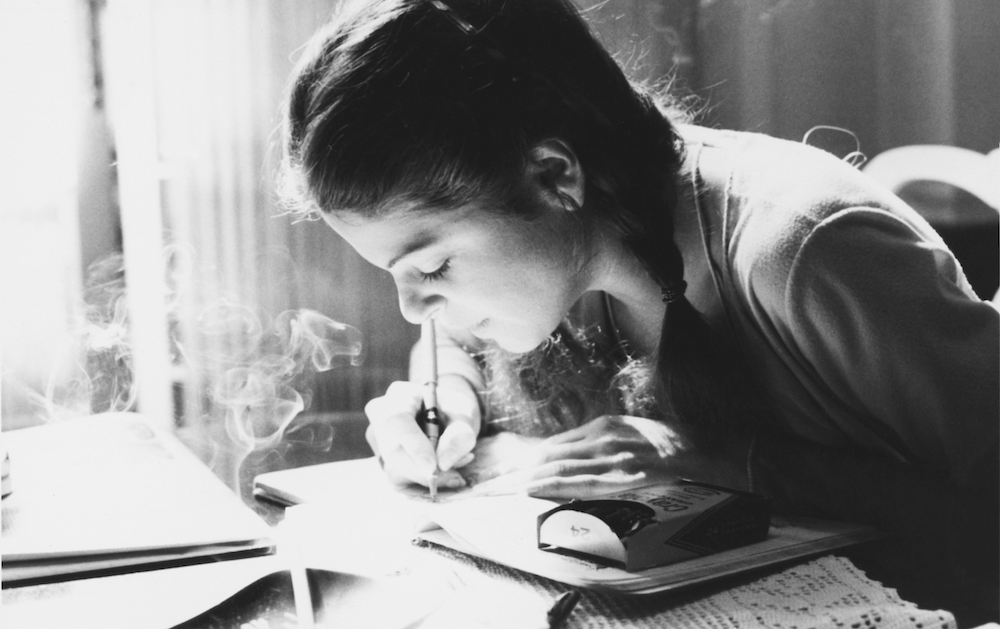 “Love, Gilda,” the documentary about famed American comedian Gilda Radner, is being shown at the Speed Art Museum until Friday, Oct. 5. Directed by Lisa D’Apolito, the film focuses on the life of Radner, who at 29 landed on the original, 1975 cast of “Saturday Night Live.” Popular comedians of today read Radner’s diary entries and reflect on her impact on their own careers in the biopic. While she became known for the characters she portrayed on “SNL”, most notably Roseanne Roseannadanna and Baba Wawa, Radner went on to make audiences laugh in stage performances and on the big screen. Ovarian cancer would cut her life short. She died on May 20, 1989, at the age of 42. Named in Radner’s honor, Gilda’s Club, a nonprofit organization with chapters across America, continues to support those with cancer and their family and friends. “Love, Gilda” executive producer Alan Zweibel, a former writer for “SNL” and “It’s Garry Shandling’s Show,” conceived many of Radner’s “SNL” personas and considered her a close friend. LEO Weekly spoke to the New Yorker by phone earlier this week about Radner’s legacy.

LEO: In ‘Love, Gilda,’ Radner says, ‘People want to know what made you funny. And I know what made me funny. My biggest motivation has always been love.’ What was your motivation in helping to document Radner’s life?
She was my best friend and godmother of our three children. I created a lot of her characters when we were both doing ‘Saturday Night Live.’ What can I say? I’ve written a book called ‘Bunny, Bunny’ about she and I. That became a play, and it looks like it’s going to go to Broadway next year. Gilda’s just a part of me. She’s a part of my wife Robin. So when the opportunity came along we jumped on it. We wanted to add to Gilda’s legacy.

A new generation now watches ‘SNL,’ one that might not know Radner. How does Gilda’s humor transcend the decades?
I think everyone still knows Gilda. I think that was shown in the movie by Amy Poehler and Bill Hader and Cecily Strong looking through her stuff. As far as the viewers are concerned, you’d be surprised how many of them know who Gilda was. They know the history of the show. I’m not quite sure they don’t know who she is. And if they don’t know who she is initially, they eventually learn.

Do you think her humor does transcend decades? It wasn’t necessarily ‘70s, ‘80s, but it was something that people now can still relate to?
Well, yeah… audiences go nuts when they see the movie, no matter how old they are. They’re laughing …  And they fall in love with her, and they cry when she gets sick.

The documentary discusses Radner’s impact on women in comedy. In what ways did she open doors for female comics that followed her?
It’s all throughout the whole movie. Either interviews with Amy Poehler, Bill Hader, Cicely Strong and Maya Rudolph, they talk about Gilda and how they were influenced by her. Amy Poehler talks about when she couldn’t think of anything to do in any particular week she was with the show, she and her writer would watch old Gilda sketches and figure out something.

I liked how you used her own words to be the basis of the film. How do you think that helps to communicate her story?
Because she’s saying it. She’s narrating her own life. So it’s much more effective than other people telling a narrative.

That’s not something you get very often nowadays, is it?
Well, she did a book that had an audio book version of it, so a lot of it is from there.

As a good friend of Radner, what do you think she’d want her legacy to be?
I think she’d want her legacy to be her comedy and also Gilda’s Clubs, which are all over the country helping cancer patients and their families. We’ve been having screenings all over. It’s really affecting a lot of people. I’ve been doing the talkback after a lot of the screenings, and the one they did yesterday, they screened it for a Gilda’s club in New York at a theater. It was very touching to see.