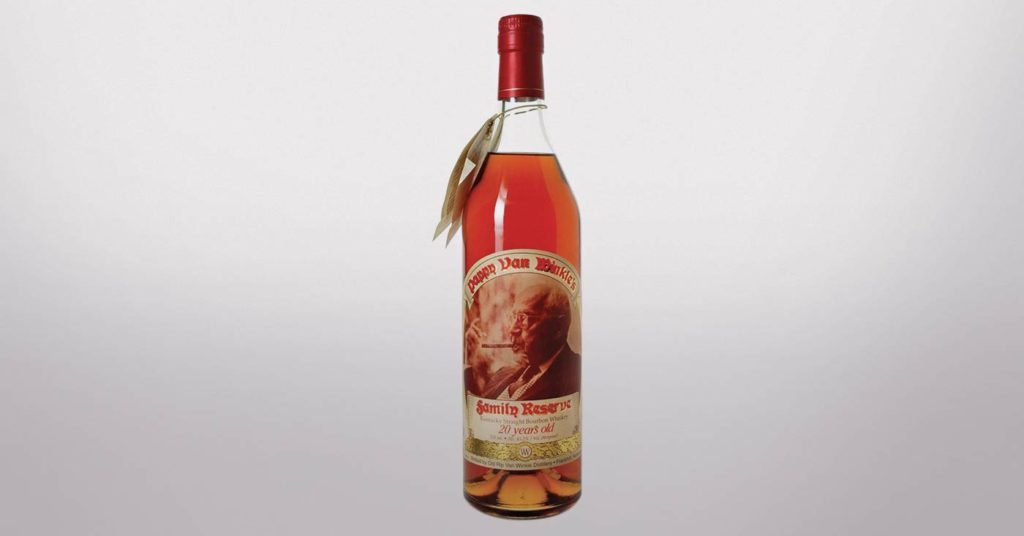 Below are a few tricks for getting a taste of the elusive Pappy Van Winkle. Also, read about how Louisville and Kentucky are becoming the Napa Valley of Bourbon, as Susan Reigler writes, plus to celebrate National Bourbon Heritage Month, here is LEO’s list of bourbon events.

For National Bourbon Heritage Month, you may want to celebrate with the best bourbon possible. Well, the experts say that would be Pappy Van Winkle’s Family Reserve. It has acquired a white whale status among collectors, and is hard to find. Your best bet is to pay over $100 for a shot of it at a bar. Or, keep an eye out for events such as the one that Meta owner Jeremy Johnson held in protest of the Pappy allocation system — he sold Jell-O shots of 15-year-old Pappy. Here are a few other ways you can celebrate Pappy Van Winkle during National Bourbon Heritage Month.

Go to the Source
You can get a true appreciation for everything that goes into making Pappy at a tour of… Buffalo Trace Distillery? That’s right, as of May 2002, Buffalo Trace has produced the Van Winkle bourbons, using Pappy’s exact recipe. To be clear, there is no tour that specifically follows Pappy production, but all the bourbons produced at Buffalo Trace are treated similarly, so you’ll get the idea. The distillery offers six hourlong tours, covering everything from ghosts to the history of Buffalo Trace. If you’re interested in the production, we recommend the Hard Hat Tour.

Mark #PappyDay on your Calendar
If you are dead set on getting Pappy, mark Oct. 1 on your calendar. That is the release date for the next batch of Pappy, which goes to local retailers. When it hits the shelves depends on the seller, so it could be anywhere from mid-October to early December. Contact them to ask when they plan on selling their stock. Using the Store Finder on oldripvanwinkle.com, we found six in the Louisville area — Old Town Liquors, Karem Deebs Liquors, The Wine Rack, Gemelli Wine & Spirits and all Party Mart and Liquor Barn locations.

Get That Pappy Merch!
What better way to start up a conversation about bourbon (and possibly find someone with Pappy) than rocking Pappy gear to your favorite watering hole? Your best bet for Pappy-related swag is Pappy & Company, a merchandise store run by three, fourth-generation Van Winkles — Chenault James, Carrie Greener and Louise Breen. Together, they wanted to support the family business, but in their own way, which is how they came up with Pappy & Company. The store sells everything from clothing, to dog accessories, to Pappy-etched glasses.

Get the Next-Best-Thing
This is a bit of inside baseball, but… W.L. Weller and Pappy Van Winkle have intertwined histories and are made from the same wheated-mash bill and produced at Buffalo Trace Distillery. In layman’s terms, unless your palate is hella sophisticated, you won’t notice the difference, and Weller is a lot cheaper. Even Julian P. Van Winkle III, owner of Pappy Van Winkle, suggested it as an alternative in a GQ article — “My first pick? That’d be seven-year-old W.L. Weller. It’s very close to ours, sweet and a lot of caramel. If you can’t get that, try Maker’s 46. It’s a little more interesting, with that extra French-oak aging that they use. Third would be Four Roses, the single-barrel. And if that’s not available, then I’m gonna go drink vodka.”

pappy, schmappy!
Pappy isn’t for everyone. Here is what a few know-it-alls say on a bourbon-related page on Reddit:

“Pick a Pappy, any Pappy. It’s excellent bourbon, but not for what some idiots are willing to pay for it.”

“Pappy Van Winkle of any year. It’s great stuff, but to live up to the hype it would have to be the divine bourbon Henry Clay is drinking in Heaven.”

Is it great bourbon? Yes. But, seriously… what bourbon isn’t great after one or two. So while you celebrate National Bourbon Heritage Month, we suggest that you don’t feel bad about not having Pappy.

This isn’t a time for drowning your sorrows — this is a time for partying! •