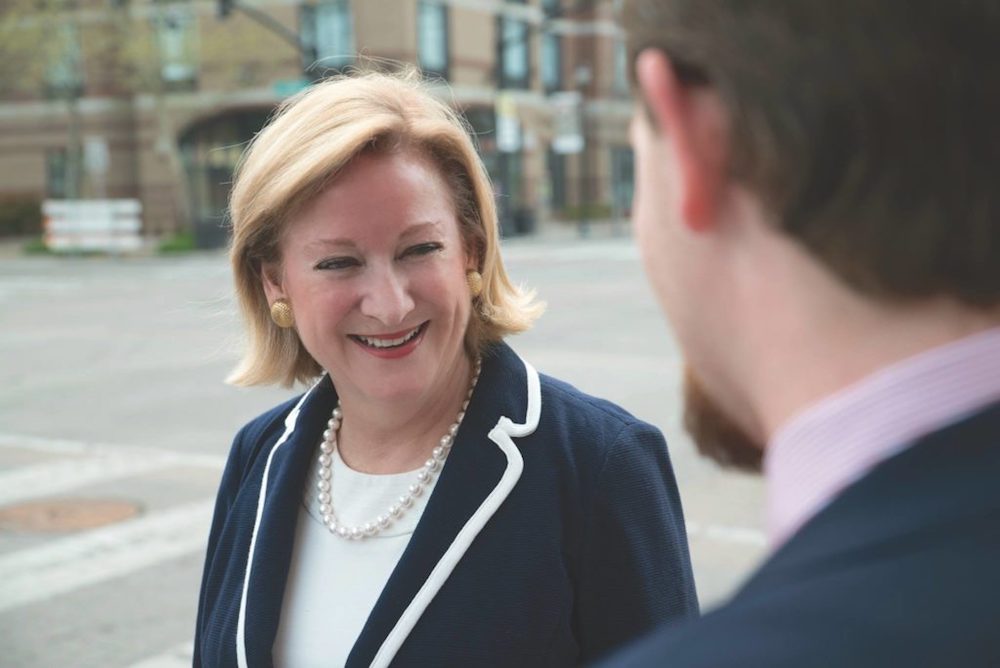 [Editor’s note: Vickie Yates Glisson is the Republican nominee for Kentucky’s 3rd Congressional District, which Democratic U.S. John Yarmuth LEO’s founder, has represented since 2007. This is her response to Yarmuth’s column last week, which can be read at leoweekly.com]

To call the immigration debate a “heated issue” would be an understatement.

But as this country struggles with finding a solution to securing our borders and enforcing our laws, while also treating illegal immigrants as human beings deserving of compassion and understanding, I fear we are forgetting to treat our fellow Americans with the same respect.

I’ve been appalled by the hatred and vitriol-filled rhetoric that has become the soundtrack to this critically important issue. Politicians have drawn their battle lines in the sand, rallied their troops and taken aim at their opposition with words of violence and hate.

One of the reasons I’m running for Congress is to bring about a new era of bipartisan leadership for this district. The hyper-partisan status quo isn’t working for Louisville, and it isn’t working for this country. The only way we’ll ever find real solutions to the issues is by putting our party labels and loyalties aside and coming together to do what the people elected us to do: get things done.

I strongly believe that being an advocate for the people you represent means doing what’s best for them, including reaching across the aisle and being a champion for good ideas and solutions regardless of who came up with them. I’m not afraid to oppose my party when I don’t agree with their ideas. And I’ll never write off an idea just because it was brought up by a Democrat.

That’s not good leadership, and that’s not how government is supposed to work.

When it comes to the issue of immigration, I agree we need comprehensive reform. We certainly must enforce our nation’s laws, but I think we can and should do it in a compassionate way.

Over the past several months, various ideas and proposals have been brought to the table to address these specific issues. None of them are perfect, but they could be a step in the right direction if our leaders in Congress would actually be willing to compromise. Perhaps if everyone would call a cease fire on the rhetoric, compromise wouldn’t seem like such an improbable and purely aspirational goal.

America is a nation of immigrants, but we are also a nation that depends on immigrants to support our economy. Growing up on a farm in Spencer County, I saw firsthand how important migrant workers are to the agriculture industry.

It’s why I believe simplifying, streamlining and expanding our temporary worker programs is a crucial part of immigration reform. We can and should make it easier for our businesses to hire the temporary workers they need as well as returning workers. With the H-2A visa program, it’s a huge burden for farmers to reapply year after year for their returning employees as if they were new workers. The process is onerous and time consuming, often with unnecessary delays. Simplifying this and cutting some of the bureaucratic red tape would be a huge relief for these farmers.

Our temporary worker programs, including the H-2B nonagricultural worker visa program, are essential to the success of many of Kentucky’s industries that depend on these workers and we must ensure we are not standing in the way of their ability to grow and succeed.

In his column last month, U.S. Rep. John Yarmuth opined about the “unprecedented political environment of 2018” making bipartisan negotiations impossible today. While I certainly join him in lamenting the state of our public discourse and the inability of Congress to get things done, his failure to mention his own role in contributing to that environment is a textbook example of everything that is wrong with Washington.

Mentioning one instance of bipartisanship five years ago doesn’t negate his unwillingness to criticize U.S. Rep. Maxine Waters’ call for the harassment of political opponents. It doesn’t negate his steadfast loyalty to his party bosses’ agenda and countless examples of putting party over people.

He is sorely mistaken if he thinks some conveniently-timed election year spin will somehow erase his well-known record of hyper-partisanship.

It’s time for elected officials to stop being a part of the problem and get back to work for the people. Louisville deserves a real leader, not a carbon copy of Washington talking points. I’m ready to roll up my sleeves, reach across party lines and work hard for this district and I look forward to hearing your ideas over the coming months as we come together to enact real change.