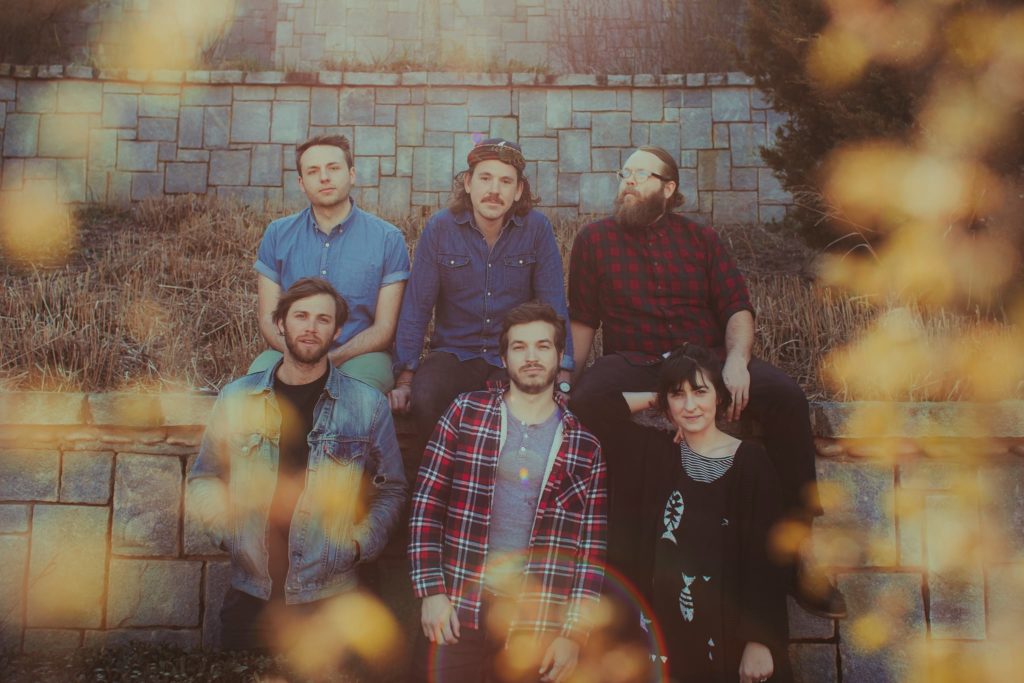 Family and Friends is a musical collective from Athens, Georgia, that has brilliantly built a massive sound around the 12 songs that make up its first LP, Felix Culpa, which dropped less than a week ago. Not surprisingly, this not-quite-folk, not-quite-indie-rock band is hopeful that its long-awaited, debut album will be met with an equally massive response. We recently caught up with F&F frontman and founding member Mike MacDonald by phone to discuss this pivotal moment and to get the lowdown on the act’s upcoming concert with Typhoon and The Fourth Wall at Headliners Music Hall.

LEO: Can you give us a brief synopsis of the band’s origin story?
Mike MacDonald: A few of us actually went to high school together in Atlanta. But we managed to pick up the rest of the group through attending classes and working service industry jobs around the University of Georgia, here in Athens. After completing college, five or so years ago, we decided to really go for it as a full-time band, and we haven’t looked back since.

In our conversations with the likes of John Bell [Widespread Panic], Peter Buck [REM] and Patterson Hood [Drive-by Truckers], we’ve ascertained that Athens is a pretty special place to incubate a band. What has the town meant to you guys?
It’s been an incredible place for us to grow. At the root of it, you have that well-established musical and cultural history here. So, people expect great things from artists based in Athens and there is a sense that anything is possible. But the university itself also brings a certain level of diversity to the community along with a perpetual cycle of new faces and fresh ideas.

Felix Culpa is really a theological term, long associated with the rich tradition of western religious thought. How does it apply to this new body of musical work?
Our bassist, Tuna Fortuna, was a theology and philosophy major when we first crossed paths while working at a bar near campus. Most nights, he and I would sit down at some point to enjoy our ‘shift beers’ and think about all the big questions. The writing for this album and the overarching theme of it more or less grew out of those late-night conversations. That term in particular is usually used in a Christian context but we sort of made it our own and loosely translated it to mean ‘happy mistake.’ A lot of what we kept coming back to in our many discussions were all of these eastern philosophies that had to do with accepting the present moment — the good and the bad. For us, it basically came down to thinking that even if there is no ultimate meaning in any of this, at the end of the day it’s still kind of a happy mistake that we’re here at all, and that is something that should be celebrated until the end. If there is a takeaway from the new record, that’s it.

For the Louisville tour date, there was a last-minute change of venues and you are now on the bill with Typhoon over at Headliners Music Hall. Do you see yourselves as musical allies with that ensemble?
Definitely! It’s kind of crazy because Typhoon was one of our biggest influences and inspirations when we were starting out. So, when we got the call to tell us that we could join that bill, we were stoked about it.

What can we expect from the show?
Something different than you’ve seen from us before. I mean, we’ve been rethinking everything. It’s been really exciting for us lately to be figuring out exactly how to present the new songs in a live setting and how to weave in the older material in a way that makes sense. We’ve become totally re-energized as a band and we’re excited to see what happens out there.

Last question: Are any of you truly related?
Every now and then, our drummer Ryan Houchens’ brother Taylor, who is also a drummer, will sit-in with us. But that’s as close as it gets. Otherwise, it’s more of a family-style bond that we enjoy. •