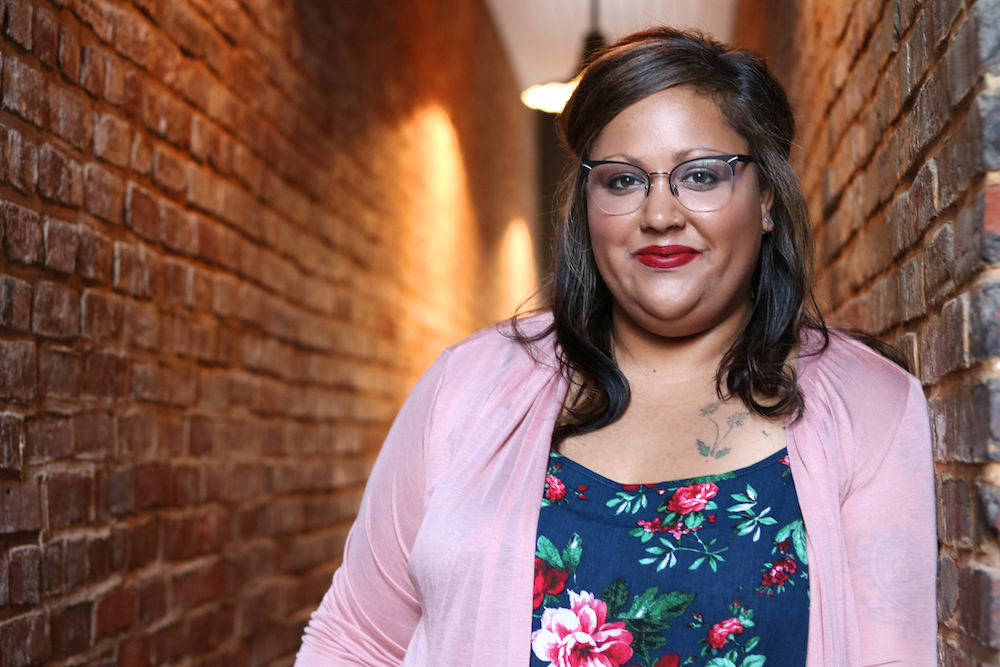 Ariel Brooks, a queer woman, says she is glad this weekend’s Kentuckiana Pride Festival is working to be inclusive and diverse.

James Miguel Alcantara, a bisexual gender nonconforming trans man, says as a student, he sees hope in our youth.

And, Erin E.H. Smith, a queer female, recounts conversations about intersectionality and the need to recognize and support the multiple identities that make up each of us.

Since arriving in Louisville over 11 years ago, I have learned that, in a community that too often operates in silos, we must seek out new voices to expand our understanding of what is possible.

Our LGBTQ+ community is extremely multi-dimensional — and culturally rich. Pride month offers us time to reflect on, and celebrate, the tapestry of identities and history that makes us who we are. It allows us to refocus on our collective future rooted in our assets — recognizing that healing will be part of the process necessary for long-term growth.

Over the years, I have been introduced to people from across the race/age/gender identity/sexual orientation spectrum, and their stories have shaped my understanding of the world and hope for the future.

Working on this piece gave me the opportunity to engage people from across our LGBTQ+ community, most I did not know — to better understand the world as seen through the eyes of an 83-year-old who came out as gay later in life, or the queer couple preparing to get married. I’m grateful for their willingness to share their experiences.

I hope their responses challenge how you think about our community and the assumptions you make, and spur you to take action — whether it be modeling expanded pathways for younger generations, running for political office or reaching out to segments of the LGBTQ+ community you haven’t yet engaged or supported.

For this piece, participants were asked about where they see hope and opportunities for growth, what they are proud of and what conversations have been most memorable.

Ariel Brooks CSW
‘woman | Queer’
“I’m really excited that Kentuckiana Pride Festival seems to be walking the walk re: all the talking they’ve been doing about inclusion and diversity. It looks like they’re making an earnest effort. I know so many people that haven’t gone in years (or ever) because they didn’t feel represented or regarded. The addition of Louisville Pride has been great and I’m anxious to see Louisville Black Pride grow and develop.”

James Miguel Alcantara
‘gender-nonconforming trans man
| Bisexual’
“There is a long way for us to go when it comes to being inclusive of transgender and POC [people of color] community members. The big names in our community are usually cisgender, white, gay men and I want to see us champion and support more people who are marginalized within the LGBTQ+ community. I feel like there are hard conversations that need to be had with many people, and I want to see those conversations happening and for people to reflect on themselves, their potential biases, and see what they can do to foster progressive change in our city for all LGBTQ+ people, not just the ones that most people are used to seeing or interacting with.”

H. Brydie Harris
‘genderqueer | Queer’
“When I moved to Louisville a year ago, I was in search for a queer community that was both welcoming and obvious. I have always believed, and tried to build, a queer community that is like a congregation – a body of people who hold one another up and out within the larger community. One that is focused on intersectional justice work, with QTPoC [Queer Trans People of Color] at the center. I believe Louisville has a lot of opportunities for growth, and I also believe that they have set the groundwork to do it, but it takes continuous intention setting by LGBTQ+ leaders, foresight, and a desire to break down internal formal and non-formal groups in order to create new openings at the proverbial table(s). I think there is room to grow for queer communities of color – whether that be formal in terms of centers, faith organizations, youth groups, and other organizations of our own, or informal. There is also more room for QTPoC individuals at the center of existing LGBTQ2 organizations.”

Adrian Silbernagel
‘trans Man | Queer’
“It’s really been amazing and hope-inspiring to be a part of a broader community where the LGBT community is relatively visible; where you can be out and still be OK — thrive, even. I grew up in a small town in North Dakota (where pretty much anyone who was LGBT was in the closet) and after that lived in a couple of relatively non-friendly cities before moving to Lexington and then Louisville. I’ve experienced harassment in workplaces that were not supportive, and have often feared for my livelihood as a result. So, compared to everywhere else I’ve lived, Louisville is kind of a queer utopia. It honestly blows my mind to have found an employer that is both local and inclusive and has numerous opportunities for growth and advancement. (I work for Heine Brothers’ as a store manager.) It’s amazing to live in a city where companies like Heine Brothers’, and groups like Louisville Trans Men, and nonprofits like The Fairness Campaign, exist. I’m so grateful.”

Terrae Ford
‘male | Gay’
“I’ve always had the courage to just be myself. I never cared what anyone had to say or who may not like it. If it meant I was happy then I went for it. Back in high school, a friend of mine, who is not a part of the LGBTQ+ community, had reason to believe one of his close friends were gay. He did not know how to have this discussion with him without his friend being offended, so he spoke to me about it. When he asked me if there was one part of the conversation that stuck with me to this day, he said, ‘If he’s gay I just want him to be himself. People respect you so much more for being who you truly are. I’m not saying walk around waving a rainbow flag, but walk in your truth.’ I’ve said those exact words to plenty of people who have struggled with being themselves.”

Kayla Wohner
‘cisgender gay female | Lesbian’
“The hope I see can actually be connected to Louisville’s opportunities for growth. In March of last year, Dr. Thomas Aberli, principal of Atherton High School (of which I am an incredibly proud alum) made national news when it was announced that he would be a recipient of the HRC’s Upstander Award for creating and firmly standing behind the first transgender-inclusive policy for students in the state of Kentucky. Also to note, in Louisville’s most recent primary we saw the first openly gay mayoral candidate on the ballot, Ryan Fenwick. It gives me great hope to see such victories and progressive strides happening in our community and to know that future generations will be left with indelible influences just as the ones before them were.”

Erin E.H. Smith
‘female | Queer’
“The most relevant conversation I have had with my friends in the LGBTQ community has been about the apparent issues of intersectionality that exist and are not addressed. On a daily basis, I live with three identities that constantly intersect and wear them proudly. However, there’s always at least one or two identities that people don’t want to acknowledge or actively work against. We will never become a whole community until we address deep-seated microaggressions that are planted within the LGBTQ community.”

Chuck Leach
‘male | Gay’
“Pride is a word I have a hard time identifying with. For eight decades practicing my childhood family’s intense fundamentalism, I prided myself in not being proud. So, to openly declare pride runs a sharp bristle brush over my entire history. So, I can’t say that word fits for me—at least not yet. Perhaps I’m on the way, but it is a daunting journey… The bustle of activity at University of Louisville has also lit up the landscape far and wide, with growing energy that bolsters my courage. Brian Buford and Lisa Gunterman are the names I am most familiar with, but they are part of an unbelievably energetic cluster of movers and shakers that I believe are making the world safe — or at least less dangerous—for old newbies like me that are stumbling along just trying to find our feet. I am proud to be part of what promises to be a new day.”

Dean Miller
‘trans Man | Straight’
“When I first came out to family and community a couple of years ago, the list of physicians that were recommended to take care of trans patients was pretty small. Since then, there has been a lot of ongoing work done by various entities here in Louisville to help educate local healthcare providers in the care of trans individuals and I see this situation slowly getting better. More and more physicians are willing and able to properly take over the care of trans patients.”

Xian Brooks
‘trans man | Queer’
“While I am critical of the institutionalized oppression that exist within the LGBTQ community, I am only so because I am incredibly proud of our social justice history; specifically, as it relates to the intersection of race, class and sexual and gender identity. Louisville has a magnificent lineage of POC leaders, and white co-conspirators and accomplices. Whenever I tell people that I am from Louisville, I make sure that they know it is a city that is rooted in social justice work.”

Claire Yates
‘trans Woman | Queer’
“The increased visibility of a broader cross-section of the community gives me hope that we are becoming more representative of the wide spectrums of sexual orientation and gender identity. It is the absence of a discussion surrounding my existence that I find most impactful. Whenever I encounter someone who instantly and fully sees me as a fellow human being, who does not give pause to my presence, I am optimistic that the future will include less suspicion and more acceptance.”