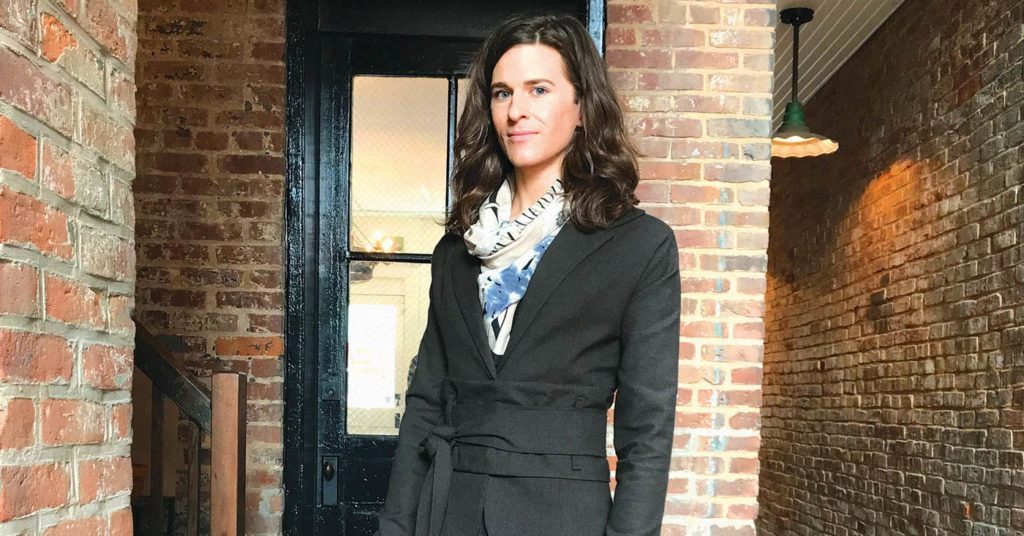 A NEW SERIES of reports by NPR, the Robert Wood Johnson Foundation and the Harvard T.H. Chan School of Public Health reiterate something we know to be true:

Discrimination is alive and well in America.

Particularly, communities of color and LGBTQ+ individuals are impacted by policies, systems and cultural norms rooted in racism, xenophobia and homophobia.

Their report, “Discrimination in America: Experiences and Views of LGBTQ Americans” details that “57 percent of all LGBTQ people say they have experienced slurs and 53 percent have experienced insensitive or offensive comments about their sexual orientation, gender or gender identity. Additionally, 15 percent of LGBTQ people say people have acted afraid of them because of their sexuality or gender identity.”

“Furthermore, 34 percent of all LGBTQ people say that they or an LGBTQ friend or family member have been verbally harassed in the bathroom or been told or asked if they were using the wrong bathroom.”

So, what does this look like in practice? And, how does it impact our overall health, wellbeing and participation in society?

In December 2017, my partner Theo and I went to the Janet Jackson concert at the YUM! Center. While standing in the middle of a 15-person line for the bathroom, an attendant came over and patted me on the arm. “Ma’am, the women’s room is over there,” he said, pointing. Elevator eyes evaluated my appearance, launching side conversations and snickers along the line as I responded, “I’m aware of what line I’m in, Thank you.”

I’m a cisgender gay man, whose physical appearance and fashion aesthetic aligns more with the stereotypical attributes of female beauty than male handsomeness.

Misgendering —  when someone uses a word, especially a pronoun (he / she / they) or form of address (Sir / Ma’am) that does not correctly reflect the gender with which someone identifies — is happening throughout the world, to people from across the gender-identity spectrum. It’s happening regardless of age, race or socioeconomic background. And, it’s not just about the bathroom. It’s about being made to feel unsafe, isolated and othered.

Imagine being misgendered at the reception desk when staying at a hotel, when ordering a drink at a bar, on airplanes and in airport security lines, at restaurants, at the grocery store, at conferences, while shopping, in the locker room at the gym.

It can manifest due to implicit and/or explicit bias, and happens to me on a weekly or daily basis — and has for a few years.

I have come to expect that people will make these assumptions about my looks based on physical attributes, although it can still have a negative impact — makeup, long hair, lean figure and androgynous apparel.

In the airport in Los Angeles I ran into a friend — a lesbian — who was headed for an airline lounge because the line for the restroom would be shorter, and the possibility she would be misidentified as male would significantly decrease. Walking through security, I had been misgendered, “Ma’am, you’re next” the security guard said. “Excuse me?” I responded, trying to smile while handing over my license that read male, “Joshua Miller.”

My friend offered up her words of advice. What I’ve started to say to people is that, “If you don’t make an assumption about someone’s gender, you’re never wrong.”

Thankfully, there are also moments of hope.

During an event with a corporate partner in downtown Louisville, I heard the security guard say, “She has beautiful hair” as I walked through the security checkpoint. The female colleague I was meeting immediately sought clarification with a question, “Do you mean his hair, or mine?” I’m still unsure which person the security guard was referring to, but I truly appreciated my friend’s willingness to speak up and challenge what could have been a moment of misgendering.

There is a level of fear and stress that comes with being misgendered. And this directly impacts a person’s overall health and wellbeing.

Misgendering is iust one form of the discrimination that occurs to both LGBTQ+ and people of color. It can happen when people apply for jobs and housing. It impacts their utilization of medical services and interaction with police and the legal system.

As reported by the Center for American Progress, “Members of the LGBT population continue to experience worse health outcomes than their heterosexual counterparts. Due to factors like low rates of health insurance coverage, high rates of stress due to systematic harassment and discrimination and a lack of cultural competency in the health care system, LGBT people are at a higher risk for cancer, mental illnesses and other diseases, and are more likely to smoke, drink alcohol, use drugs and engage in other risky behaviors.”

So, how do we change this? While not extensive, here are a few things to consider:

“Try using the pronouns they | them | their when engaging with a person who you interpret to have an ambiguous gender,” shared Dr. Kaila Story, Audre Lorde Endowed Chair in Race, Class, Gender, Sexuality Studies and Pan-African Studies at University of Louisville and Co-Host of the Strange Fruit podcast. “Instead of saying ‘Excuse me Sir/Ma’am,’ try saying ‘Hey y’all,’ ‘Hello beautiful people,’ and/or ‘How are you folks/you lovely people doing?’”

• If someone is going into the bathroom, assume they are doing so intentionally. I’m confident that if it’s the incorrect one, they’ll figure it out.

• If someone is discriminated against, stand up for them. It could be correcting someone who misgenders a friend or family member, or speaking up against an even more threatening form of discrimination.

For corporate, governmental and nonprofit leaders:

• Think about your corporate or micro culture, and if it supports making work places, events and your community feel safe, welcome and respected. Consider how training and an intentional culture shift can demonstrate your values — both for employees and customers.

• Think about the individuals who are on the front lines of care or service and the language used with customers, clients, coworkers. You can still be hospitable and respectful without making an assumption about someone’s gender identity or sexual orientation.

Speaking for myself, being consistently misgendered has been a real struggle. I have avoided going to the bathroom in many public spaces and venues. I often feel nervous when I’m in line, or walking into a business, and it has left me feeling embarrassed more times than I can count.

It wasn’t until this past fall that my thinking started to shift. Being called “Ma’am” or misgendered as female in and of itself is not an insult. I love my sisters and my best friends,  who are female — I just don’t want to become a female. I’m happy with my body and identity as a man, one who happens to be beautiful in the way society traditionally refers to women. So, the response I’m cultivating is; “Thank you for the compliment… and you can call me Josh or sir.”

Cisgender: A person whose sense of personal identity and gender corresponds with their birth sex.

Cultural competency: The ability to interact effectively with people from different cultures. Impacted by awareness of one’s own cultural worldview, knowledge of other cultural practices and worldviews, and learning cross-cultural skills.

Misgendering: Refer to someone (especially a transgender person) using a word, especially a pronoun, or form of address, that does not correctly reflect the gender with which they identify.