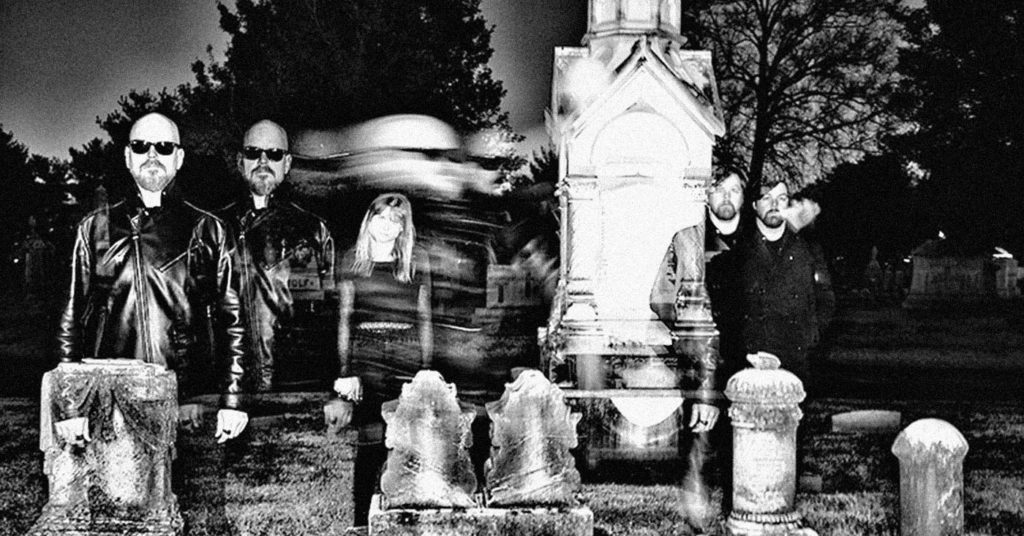 For decades, Ryan Patterson has been at the forefront of the local hardcore punk and indie movement, primarily at the head of Coliseum, but also through his contributions to Black Cross, Black God, Whips/Chains and other bands. With Principle of Pain, the debut, full-length from his latest project Fotocrime, Patterson has taken a different approach to music, with a sound that reflects the times, but that finds glimmers of hope and joy yet. We caught up with Patterson before Fotocrime plays at Zanzabar.

LEO: Looking at the credits, there are a lot of players on the record. How did the cast of collaborators help shape the record?
Ryan Patterson: With the Fotocrime LP and the previous material, it was all written by me and played by me. There was a lot of thought put into how it was performed. Once there were other people put in the band, it was about who would do what. I can’t say it wasn’t egoless, but it wasn’t self-celebratory.

The track ‘Nadia’ seems to serve not only as an introduction to the record, but as a thesis statement, referencing both the titular phrase Principle of Pain, and the name of the band. What can you tell us about that track and how it informs the rest of the album?
I really love the way the guitar rings out. There is some big analog synth in the band. I don’t know that it necessarily sets a tone. I definitely wanted Fotocrime to have its own tone. I think it’s more of an opening to the record than a summation of the record. It’s more of a starting line than synopsis.

Does ‘Don’t Pity the Young’ in any way mirror the voices of the Parkland students? Is it broader than any one specific thing?
It’s more about the perspective of older people and how they react to youth. I hear a lot of people that I’m friends with complain about millennials, and it’s funny and very shortsighted. Don’t pity the people that are younger than us; they’re shortsighted in their own way, but there is no reason to look down on that in our own way. It’s kind of for the older people. Don’t pity these kids: They have passion we don’t have. It’s wonderful to have. That’s something that we lose as we get older. There is no reason to look down on someone else, because they feel that way.

Love is a recurring subject on the album, on tracks like ‘Infinite Hunger for Love’ or ‘Autonoir.’ Did anything in particular bring that to the forefront? Is it a cultural commentary, or something more personal?
I think it’s a personal concept, but a universal concept. I wanted the album to be a little more universal. I wanted to have something a little more open and less specific. I wanted it to be more open and more relatable. Not that anything I’ve done hasn’t been relatable, but a little more general and little less specific.

On “Confusing World,” you implore listeners to “tear the old guard down.” Who is the old guard to you? What can history tell us about them?
I wanted that song to be… not quite a call to arms, but more of a positive embrace to feeling helpless, as opposed to wallowing in feeling helpless. Hey, it’s confusing out there and scary, but fight through it. One of the things that pops up a couple of times on the record is the status quo, masculinity, those abused positions of power, they pop up over and over again. That feels like who I was speaking about in the moment.

What’s your relationship to masculinity?
I find it very problematic and difficult to deal with. I don’t like competitiveness or violence, the abuse of power. I don’t like this attitude of aggression that comes with these things. Obviously, part of that is how power is structured. It’s always men starting these wars. I feel like there is a culture right now of celebrating more violent sports… I have no interest in seeing people grapple with one another.

When you write, ‘I don’t recall too much, Time erased the worst parts / of a life lived so far / Failure found at each start.’ What is it that you’ve forgotten? What is causing the forgetting?
Sometimes, a line in a song or even everything in a song is not about all one thing. That line is kind of about things that I’ve forgotten in life, or things in life that I’ve packed away, or that I choose to forget. The next line about failure is just about trying and not succeeding. That feeling stuck in it. We all have that. I don’t necessarily feel like it’s failure. There are certain things that I didn’t feel like I’ve accomplished and it sticks with you to some extent. •