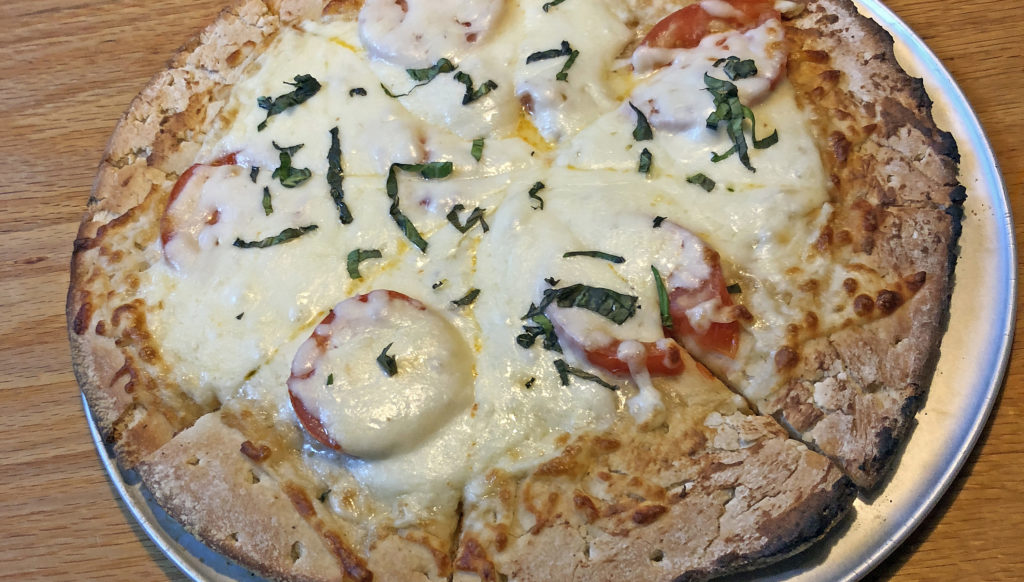 Say what you will about the KFC Yum Center — and I say it looks like the offspring of an unnatural union between a toaster oven and an ink-jet copier — but you have to give it credit for helping foster a boom in good places to eat in its Main Street neighborhood. Like Bluegrass Brewing Co…. and other good places, too, but BBC, I’m looking at you right now.

BBC’s arena shop popped up in August 2010, just in time to welcome the Yum, in the first three floors of the handsome, white-stone 300 Building at Third and Main streets. The 1880 structure, originally the Kentucky Bank Building, is on the National Register of Historic Places.

It’s conveniently located diagonally across the street from the Yum, next door to Actors Theatre of Louisville and just a quick 2 1/2 block dash from The Kentucky Center.

Of course, other options abound in the neighborhood, too, including pricey Jeff Ruby’s Steakhouse, which was there to meet the Yum; stylish, upscale MilkWood below Actors, which came along a bit later; and quick arrivals Impellizzeri’s Pizza, Merle’s Whiskey Kitchen and Doc Crow’s Southern Smokehouse & Raw Bar, not to mention neighborhood pioneer Bearno’s by the Bridge and drinks-focused Down One Bourbon Bar and Troll Pub Under the Bridge.

So there are plenty of choices around the Yum. BBC remains one of my top picks, though. It makes the case with a decent, quick and modestly-priced meal, plus a glass of good microbrew, before or after the show.

Currently, it is the last BBC shop open for business (at the moment), with roots as Louisville’s oldest surviving brewpub, which launched in St. Matthews some 25 years ago and lasted there until its closure last year. The BBC at Kindred Healthcare is on construction hiatus, so for now, if you want BBC, this is the place to go. The locally-brewed beer is the same, and the menu is familiar, kicked up to dining-room character with entrées that top out at $19 for an Angus sirloin plate.

Don’t worry — you can get your pub grub here, whether it’s fried pickle spears ($7, elevated with beer batter and crunchy panko), nachos ($12), Brew House Chili ($5 for a cup, $6 for a bowl) or BBC’s iconic Worthog Wings ($12). But the bill of fare quickly moves up from pub land with a half-dozen salads — try the Powerhouse ($11), loaded with healthy kale, quinoa, nuts and seeds. Pizzas are $13 to $14, or build your own pie starting at $10 and building up with a la carte toppings.

More than a dozen sandwiches, including six burgers, range from $9 (for a barbecue pulled-pork sandwich) to $13 (for several of the burgers, including the house-special Bluegrass burger, an Angus patty dressed with spinach, pimento cheese and a fried green tomato, yum). Entrées vary seasonally — I’m sorry we missed the hearty pot roast — but currently a half-dozen range in price from $12 (for blackened-salmon tacos) to $19 (for the aforementioned sirloin).

This is a full-service bar, with cocktails, wine and a good library of bourbons, but I’ll invariably reach for a BBC brew when I settle in here. This time my choice was BBC wheat beer ($4.75), a light, fresh golden brew that goes well with food.

Caesar salad ($5 for a small portion, and $8 for dinner-size) was very good. Fresh, cold romaine was broken into bite-size bits and tossed with a creamy, tangy dressing, sans anchovy flavor, topped with good-size, crisp herbed croutons and grated Parmesan.

Kale and artichoke dip ($11) swaps in healthy kale for the traditional spinach-artichoke dip, the ingredients buzzed into a smooth, thick puree with a hint of aromatic spice, cumin perhaps. A generous portion came fresh and warm in a shallow bowl topped with tomato dice and surrounded with soft pita points.

Margherita pizza ($13) was filling if a bit idiosyncratic, varying the traditional recipe with a potent lake of roasted garlic puree added to the gooey mozzarella, sliced plum tomatoes and snipped basil. The thin, crackery, pale-tan crust reminded me a bit of whole-wheat matzo, not that there’s anything wrong with that.

The steak tops the menu at $19, but it was fine and that’s a more-than-fair toll by steakhouse standards. A slab of Angus sirloin that looked bigger than the advertised 10 ounces was served medium-rare as ordered, hot-pink inside. It was topped with savory beef gravy and plated atop a generous mound of creamy, peppery, fresh-mashed potatoes and accompanied with a skimpy but well-prepared ration of six buttery, garlicky, thin asparagus spears.

Noise level: Variable. At best, conversation ranges from easy to possible, but noisy neighbors can spike the sound to a dull roar. (Average sound level 75-85, with peaks to 95.)

Accessibility: The three-floor restaurant is accessible to wheelchair users via a ramp and one-person elevator at the entrance on the Third Street side.