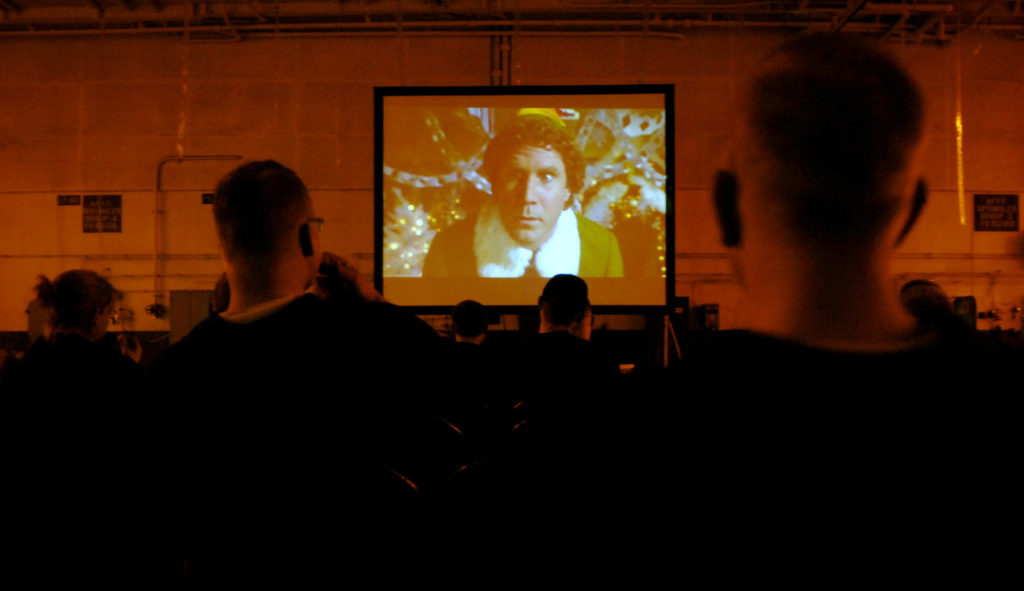 If you’re like me, you’re tired of every movie revolving around superheroes or being a remake, prequel or sequel to an existing property. We live in an odd time when the easiest way to find original filmmaking is to look through the archives. Luckily, Louisville has many bars and even a few theaters showing all kinds of film. These movie nights range in genre from comedies to bat-shit crazy B-movies to foreign art films! If you have other suggestions for where to see movies, let us know.

To find when these venues are hosting their next movie night, click the hyperlink in their name to see their event page.

Midnights at The Baxter
Baxter Avenue Theaters Filmworks
Once a month; Midnight
Before you call foul for listing this mainstream theater as a place to catch unique films, let me explain. While Baxter Avenue Theaters, and its sister theater Village 8, do show recently-released films, it also has a long history of screening indie documentaries and films you wouldn’t otherwise be able to see. In particular, Baxter is host to Midnights at The Baxter, during which you can catch special, midnight screenings that include classics, anime and bizarre B-movies such as “The Room.” These midnight screenings usually sell out quickly, so watch for the next one.

The Floyd Presents
The Floyd Theater
Every Thursday, Friday, and Saturday of the school year; Times vary
The Floyd is a UofL student-led, one-room movie theater dedicated to showing second-run indie and classic films, as well as special themed-screenings such as its last series: “Black Films Matter.” The theater is run entirely by students and all films are planned by a volunteer committee of students who say they are “dedicated to bringing a thriving film culture to the campus and community.”

Four Pegs Picture Shows
Four Pegs Beer Lounge
Once a month; Times vary
Four Pegs Beer Lounge bills itself as the place to grab beer and food with friends in “an atmosphere that reflects the history of Germantown and the comfort of home.” So what better place to go for a movie night! The bar chooses films that are “fun to watch with a group. One that you want to bring your friend who hasn’t seen it too. One that gets better with each round from the bar. One that you can laugh at, and with.” The bar also likes to tie in films with holidays, such as “Blue Chips” in March or “Star Trek IV” on Earth Day. And for every movie night, the bar has two themed cocktails named after a character or a line in the film. In fact, one movie-night-themed cocktail was so popular, it’s now in regular rotation: the Team Zissou cocktail from “Life Aquatic.”

Movie Night
Great Flood Brewing Co.
Every Tuesday; Times vary
Great Flood Brewing Co., another brewery with quality beer (see its beer menu here) also has movie nights! The movies are chosen at random, but most focus on appealing to the masses with “lots of 80’s stuff, dumb action movies, or things that are more eye candy and easy to pop in and out of.” The bar has free snacks for movies nights, including pretzels, chips, popcorn, cookies, etc., and drink specials include select house pints for $3.50 before 6 p.m. You can also bring your dog along, but they must be leashed and silent as a courtesy to other customers.

Night Train Cinema Lounge and Anime Monday
Kaiju
Once a month; Times vary
In addition to hosting a variety of musical acts and sketch comedy shows, Kaiju hosts two movie nights on the bar’s 16-foot screen. There is the Night Train Cinema Lounge, presented by WXOX 97.1 FM, which focuses on bringing you all the “cult, obscure, old, lost [and] foreign” films your brain can handle. And then there is the Anime Mondays, brought to you by the New Anime Collective. For the latter, screenings range from full-length films to a collection of episodes that all fall under a certain theme. Seating is limited to about 40 chairs, but standing room is available, and there’s always free popcorn!

Taco and Movie Monday
Old Louisville Brewery
Every Monday; 5-10 p.m.
This microbrewery in Old Louisville has quickly gained a reputation for its quality brews (see its beer list here), but it’s also host to a ton of movie nights. Every Monday you can catch a film, with the occasional double- and triple-feature screening. The films range from serious dramas such as “Selma” to action/comedies including “Rush Hour.” But for the most part, all the films shown are party-pleasers. On top of that, the Sabor Latino food truck provides pork, beef and chicken tacos, empanadas and quesadillas (one with a beer for $6, or three tacos for $6).

Black Box Film Cult and The Louisville Gore Club
Seidenfaden’s Cafe
Every Sunday and second Wednesday; Times vary
Seidenfaden’s Cafe is home to two of the oddest movie nights around, and they’re both fantastic. Every second Wednesday is the Black Box Film Cult, which finds “z-grade vanity projects, foreign and experimental films in every genre” for you to openly mocking with two comedians providing hilarious commentary and factoids about the film’s production. And every Sunday you can join The Louisville Gore Club for its movie night, which specializes in everything cult, horror, exploitation and just flat-out weird. Commentary from the crowd is encouraged at both of these shows, but just don’t overdo it or come in with pre-planned jokes. Our advice: view these films intoxicated, and let the B-movie madness take you on a schlock-filled rollercoaster ride.

Speed Cinema
Speed Art Museum
Friday through Sunday; Times vary
In case you didn’t already know, when the Speed Art Museum went through its massive overhaul, it also added a 138-seat cinema with 16mm, 35mm and 4K digital projection systems. So you know that obscure art film you never thought you’d see on the silver screen? Now you can see it at the Speed Cinema. The cinema says it screens a “diverse mix of American independent and international films” that range from Oscar-nominated short films to acclaimed documentaries, to cult-classics such as “Ichi the Killer.” There is also a free screening every Sunday to coincide with the free Owsley Sundays at the Speed Art Museum. And for the hearing-impaired, audio-boosting devices are available upon request.