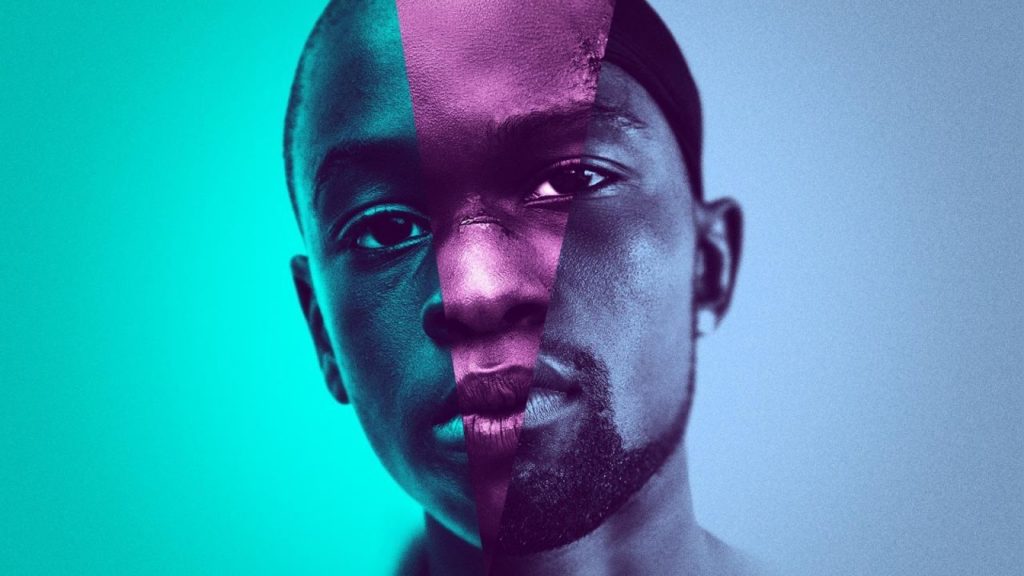 Promotional image for the film "Moonlight."

Murals of the Holocaust – KET Screening
Kentucky Center
Free  |  7-9 p.m.
Come out to watch this 30-minute documentary by KET about WKU’s summer camp for gifted youth, which for 20 years, has designed and created murals about the Holocaust. A reception will precede the screening, with an exhibit showcasing many of the group’s previous murals.

Titty Tiki Tuesdays!
The Limbo
Free  |  9 p.m.
As I am sure you read in LEO’s Valentine’s Day issue, Kelsey Westbrook introduced us to Louisville’s only tiki bar, The Limbo Lounge. And if you were looking for an excuse to visit, Titty Tiki Tuesdays is it. It’s a cabaret-style show hosted by Ethel Loveless, which promoters say will feature “many forms of burlesque and drag that will have different performers on stage every week!”

Tournament of Champions
Kaiju
Free  |  9-11 p.m.
Join Kaiju for its first Fight Night Tournament. Players will compete in this boxing video game, as comedians provide live, color commentary. You can expect to see a lot of button mashing, insane mismatches and plenty of laughs.

Stand Up, Shout Out, Write a Letter
Americana Community Center
Free  |  6-8 p.m.
The Americana Community Center wants you to share your story with lawmakers in Frankfort. The group, along with over 10 other immigration and refugee organizations, are heading to Frankfort on March 7 for a rally to “advocate for and with refugees and immigrants in this great state of Kentucky,” said organizers. In preparation, the Americana Center is hosting a letter-writing-party with letters to be hand-delivered to lawmakers during the rally. Come write a letter or postcard in support of immigrants and refugees, take a tour of the Americana Center and learn about local advocacy and lawmakers that represent you.

Unseen: A Lecture Series on Systemic Racism
St. Paul United Methodist Church
Free  |  7 p.m.
Systemic racism isn’t as easy to spot as a hooded figure in white sheets, but it might be more dangerous. During this five-part lecture series, learn about the different ways systemic racism causes injustice in Louisville. On Wednesday, Rev. Joe Phelps will give an introduction to the subject; On Feb. 28, Kumar Rashad of the Kentucky Education Association will cover racism in education; on March 7, local urban planner Joshua Poe will explain redlining and its effects on communities; on March 14, Rev. David Snardon will explore racism in housing and community development; and on March 21, Director of the Louisville Metro Human Relations Commission, Kendall Boyd, will discuss how to combat these issues in Louisville.

Bourbon & Books
The Butchertown Social
No cover  |  6:30-9 p.m.
Bourbon & Books is a monthly event, but this time around, it will begin with a short reading by local author Dedra McDowell, a presentation by author and business coach Chelsea Ellis, a bourbon presentation and a Q&A with Fawn Weaver: an author, historian and founder of Nearest Green Foundation.

Lagunitas Beer With A Dog Trainer Pint Night
Hilltop Tavern
No cover  |  7 p.m.
Drink Lagunitas Willetized (which will be tapped at 7 p.m.) and talk with certified dog trainers about good puppy behavior. The Q&A panel includes dog trainers Kat Rooks of the Kentucky Humane Society and Edwin Alberto of Edwin’s Canine Academy and will cover behavioral issues, bar manners and any dog problems you can come up with. P.S., no dogs are allowed in the bar.

LMPD Impound Lot Relocation Public Meeting
Butchertown Pizza Hall
Free  |  10-11:30 a.m.
As important as it is to clean up this massive waste of valuable Louisville land, equally important is where they’re going to move 2,000 impounded cars. There are serious environmental issues that come with Louisville Metro Police Department’s main impound lot, not to mention the impact it has on the value of surrounding neighborhoods. That is why it’s important that you be involved in planning. This process will include three public meetings and tour opportunities. For more information, search louisvilleky.gov for “impound lot.” —Aaron Yarmuth

‘Moonlight’ Screening with Talkback
The Floyd Theater
$3  |  5 and 8 p.m.
Before you see “Black Panther,” celebrate other notable films starring people of color in the series “Black Films Matter” at The Floyd Theater. This Friday will feature a screening of “Moonlight,” followed by a discussion of the film after the 5 p.m. show. And on Feb. 24, the series ends with the film “Straight Outta Compton,” at 2 and 5 p.m.