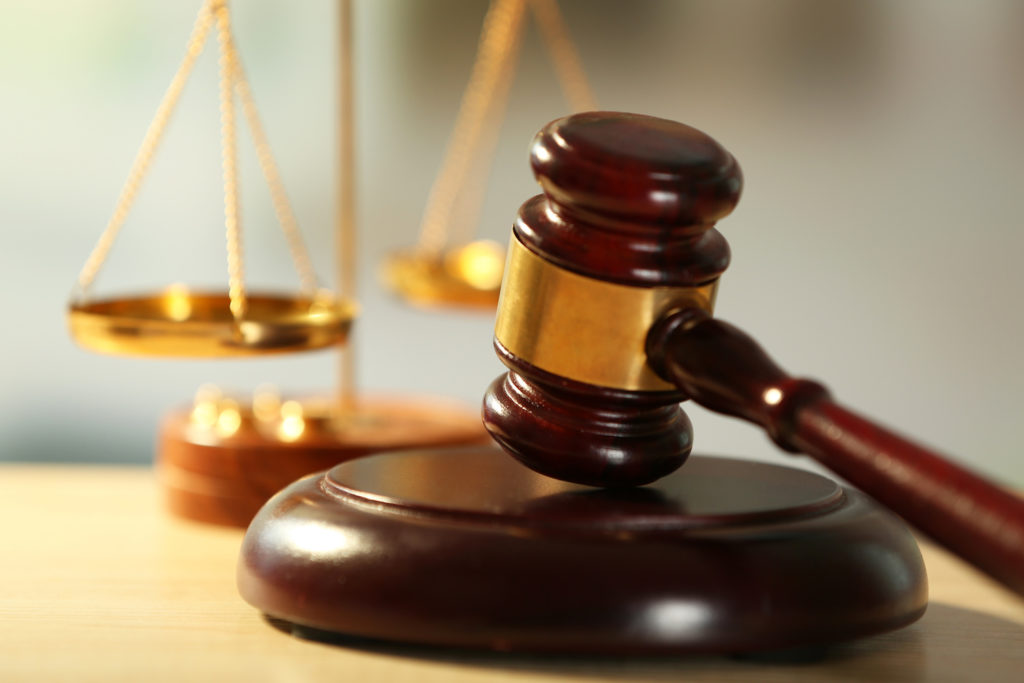 You might remember Barren and Metcalfe counties Family Court Judge W. Mitchell Nance from earlier this year, when he attempted to recuse himself from any adoption proceedings involving LGBTQ people. His proposed order would have required LGBTQ people to notify the court ahead of time that they were seeking an adoption so they could be assigned to the only other Family Court judge in the district.

His reason for recusal?

Personal convictions, citing that he believed, “under no circumstance would … the best interest of the child … be promoted by the adoption … by a practicing homosexual.”

Perhaps an out of practice homosexual would have been OK? A retired homosexual?

In response to his repugnant recusal, the Fairness Campaign joined Lambda Legal, the national American Civil Liberties Union (ACLU), the ACLU of Kentucky and UofL Law Professor Sam Marcosson to file a complaint against Nance for violating Kentucky’s Code of Judicial Conduct.

In our complaint, we argued Nance’s order, and subsequent letter to the chief justice proposing a local rule that would allow him to recuse himself for an entire class of litigants based solely on their sexual orientation, violated Kentucky’s Code of Judicial Conduct in two ways: by eroding public confidence in the judiciary and failing to perform judicial duties impartially and diligently. We posited Nance could not be fair and impartial, nor could he rule in the best interests of children when he declared an explicit bias against LGBTQ parents. We believed his order eroded the public’s confidence in the court and demonstrated a prejudice based on sexual orientation that places a procedural burden on LGBTQ parents that is not on other individuals. Because it was clear that he could not be fair and impartial when it comes to LGBTQ people, we urged in the complaint that Nance be removed from office.

Last week, the Commonwealth of Kentucky’s Judicial Conduct Commission agreed with us, and as a result, Nance announced his resignation effective mid-December.

The Lexington Herald-Leader reported Monday that Nance’s lawyers asked that the commission dismiss the charges, but that apparently has not happened. A hearing is scheduled for Dec. 15, the day before Nance is to leave the bench. The Judicial Conduct Commission levied two charges of misconduct against Nance that allege he violated several canons of the Code of Judicial Conduct:

• Canon 1: which requires judges to maintain high standards of conduct and uphold the integrity and independence of the judiciary.

• Canon 2A: which requires judges to respect and comply with the law and act at all times in a manner that promotes public confidence in the integrity and impartiality of the judiciary.

• Canon 3B(1): which requires a judge to hear and decide matters assigned to the judge except those in which disqualification is required.

• Canon 3B(2): which requires a judge to be faithful to the law.

• Canon 3B(5): which prohibits a judge from manifesting, by words or conduct, a bias or prejudice based upon race, sex, religion, national origin, disability, age, sexual orientation or socioeconomic status.

Thus, not only did Nance fail to promote public confidence in the judiciary, but his actions were actively eroding it. The public cannot be confident in judiciary fairness and impartiality when a judge explicitly proclaims his inability to be fair to an entire class of individuals because of an immutable characteristic they share and on the basis of provably false information.

“All citizens of Kentucky have the right to fair treatment before the judiciary,” said Currey Cook, Counsel and Youth in Out-of-Home Care Project Director at Lambda Legal. “LGBTQ people who seek to provide adoptive homes for children who need them, and all other LGBTQ Kentuckians, now have clarity that anti-LGBTQ bias from the bench will not be tolerated in their state.”

Nance must have seen the writing on the wall and known a harsh punishment — potentially removal from office — was on the horizon.

“Judges, more than anyone else, have a responsibility to follow the law,” said Marcosson. “By making it clear that he could not, or would not do that, Judge Nance demonstrated that he simply had no place on the bench. Kentucky’s justice system, and all who come before it, are better off in light of his resignation.”

I hope this sends a message to judges and public servants across the country, that if their conscience conflicts with their duty, they must resign.

False moral martyrs like Kim Davis and Nance are not to be celebrated or emulated — even by those who support their views. We’re all footing the bill for their bigotry and discrimination.

Davis has now cost Kentucky taxpayers upwards of $220,000, according to a recent federal court ruling, for her abhorrent abdication of duty. Now she’s off on an international tour of arrogance and ignorance, peddling her hate in Romania with the Liberty Counsel.

These aren’t just people protesting in a public forum. They’re not “taking a knee” at their own risk — they’re refusing to perform the basic functions of the jobs they chose and have been elected to do at our expense.

Even when justice is served, as it is in the case of Nance, some damage has already been done. These defiant acts of discrimination by local leaders embolden those who are already prejudiced, and make marginalized communities more vulnerable.

But for now, we’ll celebrate this victory, knowing Kentucky families are safer now that Nance is no more. •