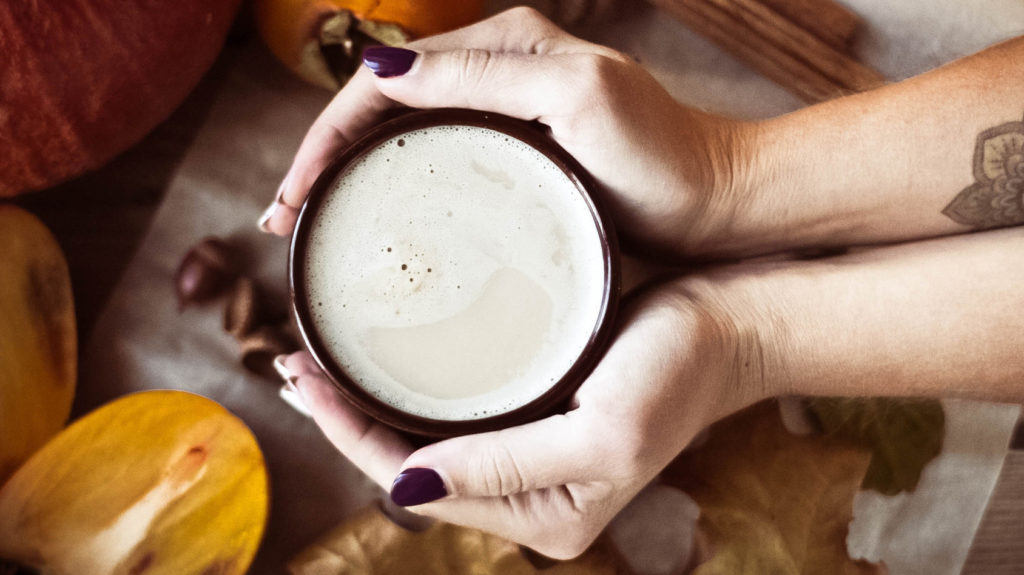 Pumpkin spice everything — it’s all we see in the fall.

Run to the nearest Starbucks to grab that first PSL… Pumpkin Spice Latte… of the season as soon as it hits stores. Over the last few years, we have somehow embraced this fall phenomenon, particularly in the form of food.

We see it, and many of us like it, but what exactly is it?

Pumpkin spice — what we use to make pies each Thanksgiving — includes cinnamon, nutmeg, ginger, cloves and allspice. When combined with pumpkin puree, we get a delicious combination of flavors that leaves us wanting one more slice of pie each time. But real pumpkin puree is not always part of something labeled as “pumpkin spice,” and sometimes it is actually artificially manufactured in a laboratory.

First off, pumpkin spice flavor has little to do with this seasonal squash, according to Andy Brunning, a chemistry educator based in Cambridge, United Kingdom, who examines the chemical compounds we come across daily and seeks to explain them through his simplistic graphics. It’s more about what spices are added to the pumpkin puree that give it the flavor we crave.

Pumpkin — a winter squash that’s an excellent source of vitamin A and fiber — can be rather bland if eaten alone, and that’s why so few do. You can roast it and add a few dashes of a pumpkin spice blend for a nice side dish, or procure canned puree from your local grocery store to add to your grandma’s pumpkin bread recipe. However you choose to incorporate the squash, you can create a dish that’s enjoyable because of the spices you add to the pumpkin, giving it another dimension of sensory satisfaction.

When scientists want to recreate this flavor profile to ignite taste buds, they combine several compounds to provide consumers with a pleasant and satisfying experience. In her fact sheet exploring the science behind the pumpkin spice latte, Dr. Kantha Shelke, a certified food scientist and spokesperson for the Institute of Food Technologists, explains that common chemicals in commercialized pumpkin spice flavoring include cinnamaldehyde for cinnamon, sabinene for nutmeg, zingiberene for ginger and eugenol for clove or allspice. Each of these has its own properties and uses, many of which are similar to the actual spices we find on our kitchen shelves.

Cinnamaldehyde occurs naturally in the bark of cinnamon trees and gives cinnamon its flavor and odor. Nutmeg is mostly composed of terpenes, such as sabinene, which are used as flavoring agents, as is zingiberene. Eugenol is a compound used in perfumeries, flavorings, essential oils and even in medicine. While pumpkin spice-flavored product components vary depending on where one is in the country, they all have the same general makeup stemming from these compounds. Shelke notes that each compound included in what we know as pumpkin spice has been tested for safety, and the FDA has reviewed the results to ensure that the compounds used are safe. When combined with other flavorings and compounds, the pumpkin spice product achieves its well-rounded signature flavor that consumers demand. On their own, these compounds can have similar profiles to their traditional forms, providing consumers with a flavorful experience, however, when combined with sugar and other additives, these compounds are essentially masked.

So what about that PSL?

Initially, the recipe for a Starbucks PSL contained no pumpkin. Food activist Vani Hari, creator of the website Food Babe, sought to find out what actually went into the famed PSL. In her 2014 post, “You’ll Never Guess What’s in A Starbucks Pumpkin Spice Latte (Hint: You Won’t Be Happy),” Hari explained the challenges she faced when searching for what went into the drink. After many attempts to find the information online, she reached out to the company and requested a complete list of ingredients for the PSL. What she found was the company refused to share the list of ingredients. She persevered, and was finally able to get a complete list, and discovered that the original PSL contained no pumpkin puree, but had natural and artificial flavors, and additives, including caramel color, something she was particularly passionate about removing.

Her post went viral and was picked up by major media outlets.

Nearly a year later, Hari received an email from Starbucks informing her that it had begun phasing out the caramel coloring and would begin posting the ingredient lists online for customers to see. Additionally, the reformulated PSL did include pumpkin puree, though it’s unknown if that change was a result of Hari’s efforts. It’s also unclear if  any of the traditional spices or their respective compounds are included in the popular beverage, as the pumpkin spice sauce used lists only “natural flavors,” but the addition of actual pumpkin is a step in the right direction.

Over the last few years, food manufacturers have capitalized on this flavor and taste profile because they know we will buy it. And I have to admit I enjoy some of the pumpkin spice-flavored food items as well. However, just because something is labeled “pumpkin spice” doesn’t mean it has any of these ingredients or real pumpkin. If you’re like me and seek to know what you’re consuming, I encourage you to do your research and read your food labels to see if your favorite items actually contain true pumpkin or pumpkin spice. •

Emily DeWitt is a registered dietitian who works as a lab instructor and project coordinator in the Department of Dietetics and Human Nutrition at UK.