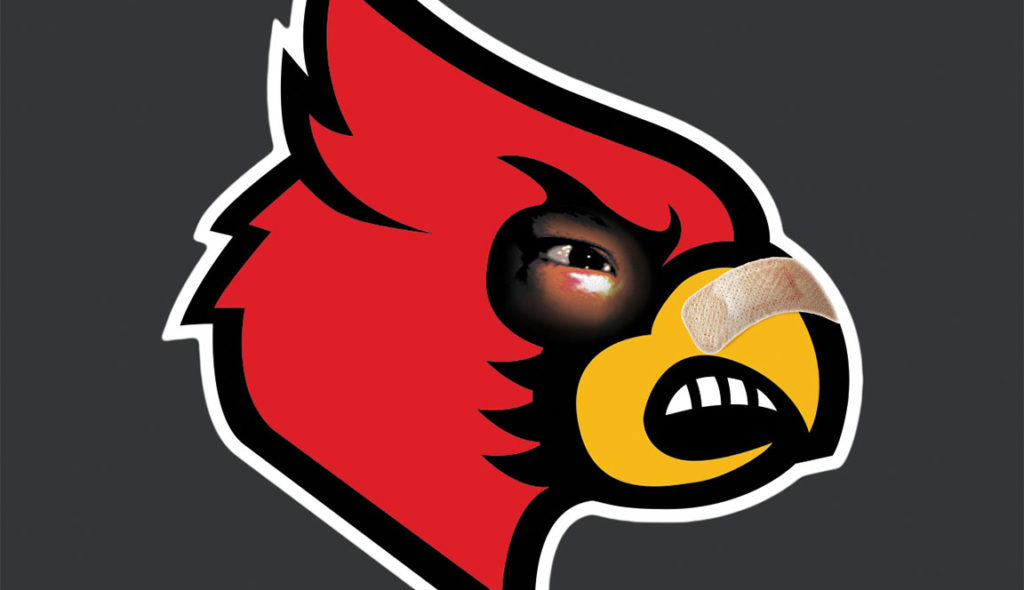 [Editor’s Note: Read all of LEO’s coverage of the UofL basketball scandal, including columnist Erica Rucker’s “Students over sportsball,” and contributor Ricky L. Jones’ “U of Hell: ‘Trafficking black bodies'”]

When Acting U.S. Attorney for the Southern District of New York Joon H. Kim finished his presentation of indictments in two separate wire-fraud schemes to use money from athletic apparel companies to bribe elite basketball prospects to sign with college basketball teams — including a “University-6” soon identified as UofL — he took a few questions.

“Who was the victim?” a reporter asked. Yoon, a graduate of Stanford University and Harvard Law, School looked slightly thrown before he replied: “The universities.”

The jaded press, acclimated to seeing universities as the boring appendages to sports empires, audibly snickered.

Kim is absolutely right. The victims are the universities — but not the sports university with celebrity coaches, separate shoe deals and cutting-edge facilities. No, instead he meant the academic university, the university where every single day instructors enter modest, ground-floor classrooms to teach the students whose tuition pays their salaries.

In UofL’s case, the acts of Coach-1 and Coach-2 were particularly cruel. The last two years has seen nothing but turmoil for the university, in scandals including an endowment trashed by a former president and the university being put on probation by its accreditation agency, the Southern Association of Colleges and Schools (SACS). (In a bit of close timing, a team of SACS inspectors had left the week before the indictments came down).

So when interim President Greg Postel held a press conference to announce that he was suspending basketball Coach Rick Pitino and the vice president and director of athletics, Tom Jurich, and Postel was asked if he was ashamed by the accusations, it is not surprising that he said he was “more angry than embarrassed.” Postel has been digging out of a hole since he was appointed, and someone just kicked the dirt back in. Most of the university’s faculty and staff felt that exact same anger.

However, the reporters’ snickering does make sense. As college athletics has grown to gargantuan proportions, the academy has shrunk inversely — it’s not surprising that they couldn’t see it.

USA Today reports that 28 universities make $100 million in revenues annually; that is up more than double from 2014, when only 13 hit that mark. UofL revenues are listed at $112 million, with most of that plowed back into athletics. That’s the universal practice; academics rarely benefits from this largess.

Indeed, as college sports have gotten more financially dominant, they have abandoned the inner campus, where classes are taught in aging buildings, for shiny edifices where the HVAC systems are fixed and the walls are painted more than every other decade.

The divide could not been more wonderfully illustrated as when Pitino — a highly-paid employee of UofL since 2001 — went to meet Postel in the administration building, Grawemayer Hall. Walking through the building, looking as if he’d never been there, he turned one way or another as he tried to find the president’s office. Later, instead of exiting relatively discreetly through the ground-floor exit, he left through the front door to the grand staircase, plunging himself into a thicket of reporters and cameras.

Cash windfall sloshes around the system

The truth is, the university and college sports have been drifting apart, like a mismatched married couple, and money is not helping the relationship. In recent years, a perfect storm of financial temptations is clearly corrupting college athletics and tarnishing academia.

First, there is the coarsening effect of television money. We are in the Atlantic Coast Conference today because ESPN and a few others redrew the football divisions to create more lucrative TV schedules. Second, in basketball, everyone involved, from the NCAA to university presidents, turned a blind eye to a fetid swamp created by shoe companies and other intermediaries in the recruiting of elite players.

A final factor is the NBA’s wrongheaded decision to make young players attend a year of college — young people with no interest in a degree and prime candidates for the muddy intrigues of shady figures who know that in two years these kids might be making seven-figure pro salaries.

As the money came in, the NCAA held to its self-serving determination to maintain “amateurism” by not paying athletes. This purported goal of pure amateurism has not been well internalized; the assistant basketball coach Alabama fired because of his involvement in this scandal had been previously an NCAA assistant director of enforcement.

Since the enormous profits of this financial enterprise have failed to go to the natural producers of the entertainment product that big sports has become, the student athletes, the cash windfall sloshes around the system, corrupting everything it touches.

“The picture painted by the charges brought today is not a pretty one,” U.S. Attorney Kim said. “Coaches at some of the nation’s top programs soliciting and accepting cash bribes; managers and financial advisers circling blue-chip prospects like coyotes; and employees of one of the world’s largest sportswear companies secretly funneling cash to the families of high school recruits.”

We in academia can vigorously debate the role of the university in the 21st century but I’m confident every member of the academy is horrified to see our institution being compared to canine predators eyeing prospective students as prey. The system must be reformed or universities need to complete the separation with a divorce.

I always divide scandals into two groups: “bad apple” scandals and “the music stopped” scandals. No organization can prevent a determined individual trying to enrich themselves by bad acts. It is the fragility of humankind.

But some scandals come from something else: widespread corrupt practices that come to light by a random crack in the code of silence.

The perpetrators are like players of the child’s game musical chairs. Everyone is playing, but one person is singled out when the music stops. That person, perhaps today Rick Pitino, will face the music this time. But there are many others sitting safely, for the moment, playing the same corrupt game.

I’m an alumnus and faculty member at the UofL. I care deeply about my university’s students, including the 300 student-athletes, and most who will never play professional sports and are more likely to be recruited by my law school than the NBA.

So I’ll be watching when UofL men’s basketball plays this season, rooting for the kids on this unfortunate team. But every time I glance over to the rows of chairs for both teams’ coaches, I’m going to be thinking:

Who next will be caught standing when the music stops again? •

Kurt X. Metzmeier, is the author of “Writing the Legal Record: Law Reporters in Nineteenth-Century Kentucky” (University Press of Kentucky, 2016). Although he is a law librarian at the UofL, the opinions expressed in this article are entirely his own and do not present the university or any of its institutions.