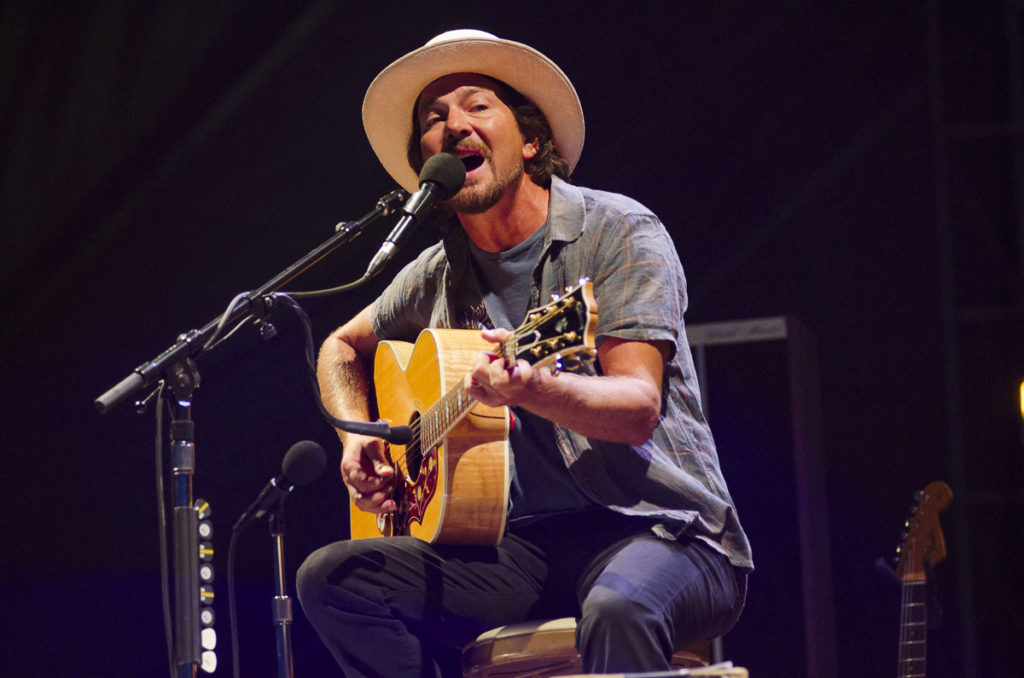 [all photos by Nik Vechery]
Bourbon & Beyond — the first-year sibling festival of Louder Than Life — slide into Louisville’s always-growing event calendar as both a celebration of the city’s native spirit and two days of radio rock heroes.

Headliners Steve Nicks, Eddie Vedder and Steve Miller led a list of names that ran several decades through a vortex of pop-culture notables. And, like Louder Than Life, Bourbon and Beyond moved bodies into the door by sticking to a pretty specific genre map, grabbing huge, ubiquitous names, and matching those with less famous but equally as interesting acts (Nikki Lane, Gary Clark Jr.), as well as FM staples that are much less interesting, but play songs that will be forever burned into your brain (Paul Rogers).

Throw in an absolute legend (Buddy Guy) and a famous actor who likes to play rock star (Kiefer Sutherland), and you have the first year of Bourbon & Beyond — a festival that was fun and strange. And in years to come, it’ll probably provide a few bands that rarely make their way to Louisville, along with a pretty unique experience, which will make it worth attending. Below are photos of both days from year one.—Scott Recker