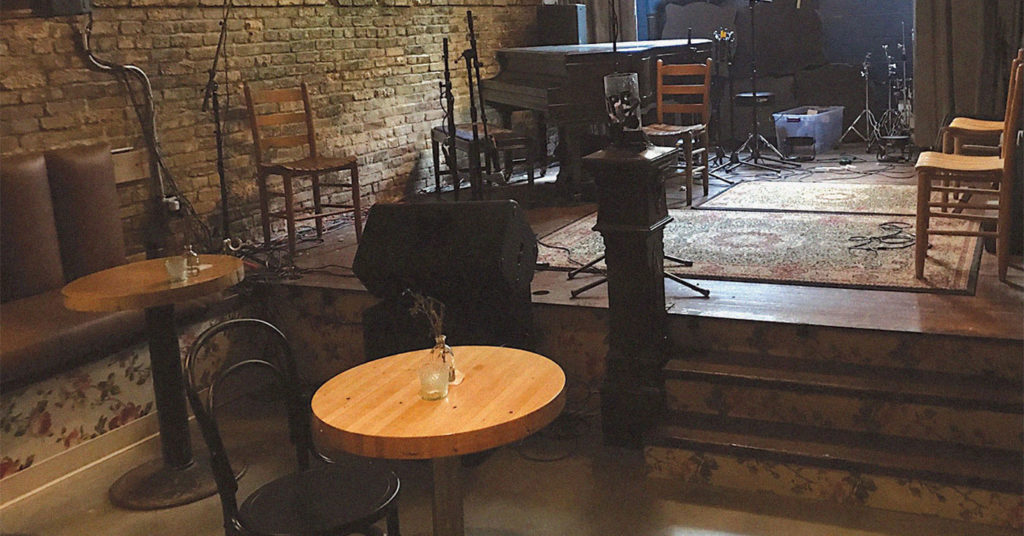 Brian Goodwin wants to breathe new life into the jazz community. His new jazz club, Jimmy Can’t Dance, opened Aug. 19, downtown in the basement of the Another Place Sandwich Shop on Seventh Street.

A Louisville ex-pat, Goodwin currently lives in Austin, Texas. He worked here for a month prior to the opening to get Jimmy Can’t Dance up and running with the help of his business partner Dennie Humphrey (who used to own and operate the Monkey Wrench).

“I’ve never opened anywhere where you’ve had to book live music, but you have to book the band for opening day at some point, so you really have to set a firm deadline. Once you commit to that opening weekend, you’re really under the gun.”

Goodwin, who owns Another Place Sandwich Shop and Jimmy Can’t Dance, looks to not only fill the dearth of jazz clubs in town, but to honor his father Jimmy Goodwin’s memory. The elder Goodwin was responsible for bringing local musicians into the sandwich shop during the boom of the mid-’90s, allowing a host of musicians in to perform, including some local jazz greats.

“He liked all kinds of music,” Goodwin said. “It’s crazy, when we were doing the build out for Jimmy’s, we found a cassette tape from Another Place Sandwich Shop. It had Todd Hildreth on it, who has played there since.”

Ideally, Goodwin hopes to open some minds up to the music that he studied in college, music that he believes can only best be experienced live.

“I’m 30 and a lot of my friends are really into music,” he said. “Through opening weekend, I watched so many friends with their jaw open. They’d only been exposed probably to shitty elevator jazz, and this blew their mind.”