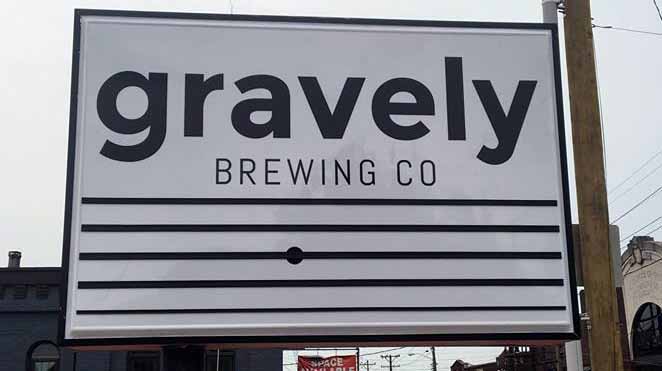 La Bamba
A Mexican lager clocking in at 5 percent ABV with a low IBU of 15, the La Bamba is very light and summery — smooth and kind of like a domestic, but with a lot more soul. According to head brewer Cory Buenning, “It’s very similar to an American Pilsner. For me it’s the lime. We went to Guatemala on our honeymoon, and it takes me to my happy place.”

Doc’s Hefe
Thicker and cloudier than the lager, the Doc’s Hefe Hefeweizen is a sweet and delicious, greeting you with a perfectly sessionable 4.7-percent ABV brew with a low 15 IBU. This is an easy brew to get lost in, with the subtle fruited notes in the aftertaste of banana and clove. Buenning noted, “Our investor is a Hefe fan. I was like, ‘I’ve made Hefes a lot.’ It should be a good beer here.”

Analog
Moving into the fall, the Analog Amber Ale scratches the itch for a refreshing Octoberfest-style beer, with burnt-malted notes, crisp and caramel-ish, with a body to match. Again, this has a low ABV at 5.1 percent, with an IBU of 25, making for a smooth, cool finish. Said Buenning, “I learned a long time ago that you have to make beers for people and not for yourself. People tell you what they want and I just listen. You have to be careful not to filter it through your own brain.”

Sweet Stout O’Mine
Stout beers are rarely known for their sweetness, a trend that stops here. The Sweet Stout O’Mine is pitch black with a thick, creamy body for a dark brew with all of the richness of a milk stout, but none of the tummy troubles that follow that for so many people. It is another 5.1-percent ABV, low-IBU beer. Buenning said, “Same vein as a milk stout, but no lactose. Dark and malty, but not bitter. That is definitely a Flat 12 influence. I was going for a milk stout kind of taste, but without the milk.”

That Cherry Bomb
A cherry-flavored remix to the sweet stout, That Cherry Bomb lives up to its name. Clocking in at the same ABV and IBU, the Cherry Bomb features a strong, cherry flavoring similar to a cherry Coke, albeit one cut with delicious hops and malts. The body and undertones are comparable, outside of those flavors, but it’s an interesting dichotomy comparing the two.

Test Pressing
The brewer’s choice is the Test Pressing, a session IPA with a particularly hop-forward profile. A hearty beer, the Test Pressing packs a wonderful, fruited finish on the end, not overbearing by any stretch, with hints of citrus and floral notes. Buenning said of his process, “It’s the azacca hops. They’re one of my favorite hops. It was the first batch I was going to brew on this system. The gravity ended up being lower than what I had intended. I brewed three beers that had hardly no hops at all, and I was over it, so I tripled the amount of hops that I added dry hopping. For 4.7 percent, it’s easy.”