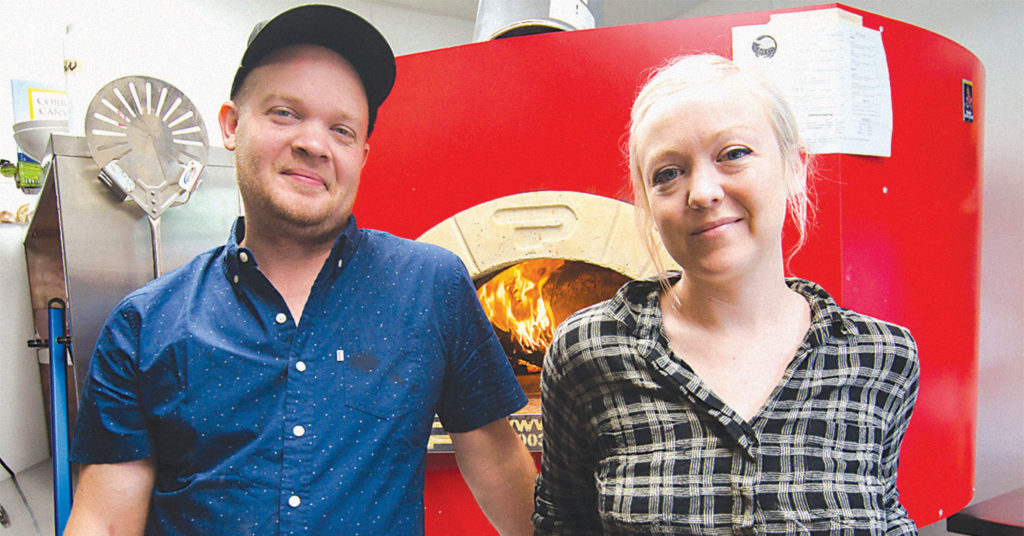 The two core members of Murder By Death, an atmospheric rock band that’s spent the last 15 years creating a string of gripping and ominous records, recently opened an Italian restaurant in Butchertown, specializing in wood-fired pizza and handmade pasta. Sarah Balliet (cello/keys) and Adam Turla (vocals/guitar), who relocated the band to Louisville in 2014, have added Lupo to the city’s dining scene via a two-story historic brick building on Frankfort Avenue. It sits in a still-developing pocket between River Road and Story Avenue that carries a ton of potential due to its proximity to Waterfront Park and other spots such as Sergio’s and Butchertown Social. We caught up with Balliet and her brother Max — owner of the Holy Mole taco truck and a Lupo business partner — to talk about how the restaurant fits into the Louisville dining scene and what this new project means for recording and touring.

On why they decided to open a restaurant.

Max Balliet: We’ve been talking about opening a restaurant for years. Sarah and Adam have always had an interest in the restaurant industry, but they’ve always been away from home, whether it was before they moved here, with their touring, with the band — it just wasn’t something that we could think about. Now, we’re all in the same town, so we were like, ‘Let’s go for it.’

On how the concept fits into Louisville’s dining scene.

MB: The reason we picked the concept that we did is that we saw a hole in the market. We saw that there was no one really doing an honest attempt of a Neapolitan style. You know, we’ve got wood-fired pizza already in the city, for sure, and some of those places I really like, but none of them are really going the angle that we’re going, which is traditional. Italian style. Neapolitan style. We felt like that since it was something that we all loved so much, and that the town didn’t have it, that we would fill that gap.

Sarah Balliet: There’s really elevated, fancy Italian in town ,and there’s super causal Italian. We also saw a hole in the atmosphere. We want to serve those really fine handmade pastas, but in a place where you feel comfortable. We don’t want you to feel like you have to dress up to eat pasta.

On how opening a restaurant affects the band.

SB: We’ll probably be home more. That’s definitely one of the intentions behind this — to ground ourselves a little, and just do something different. We don’t have any plans to stop recording or touring permanently or anything. In fact, I think Adam has an album’s worth in his head right now, and he’s already starting to talk about putting that down. We’ll still be out there, but, yeah, maybe a little less. •