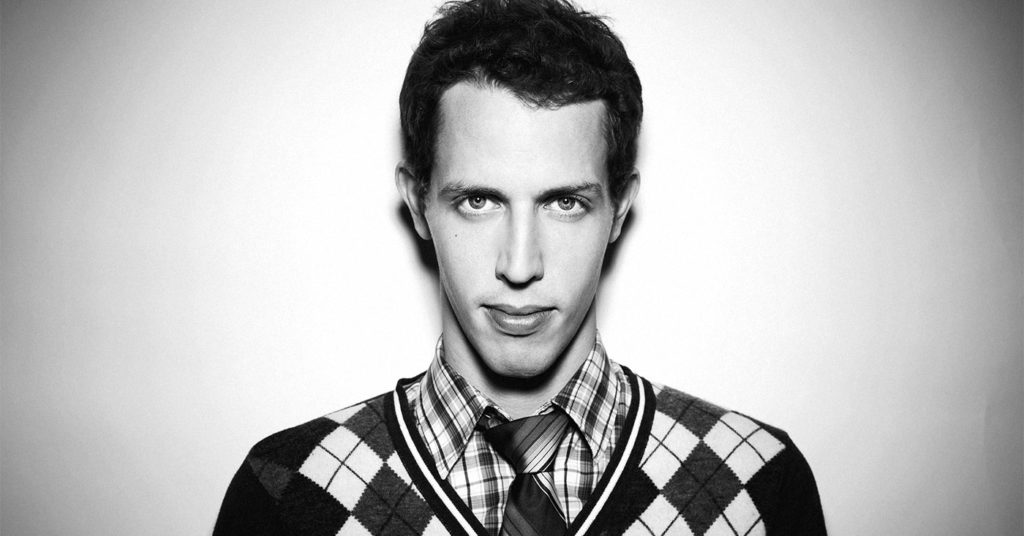 When Tony Hinchcliffe is on one of his dark, improvised, tangents, he comes off like a character who got cut from the movie “Mean Girls.” Maybe Regina George’s gay best friend, who also happens to be straight. (He says he is “a straight man with a gay face.”) Lately, there has been a lot of buzz around Hinchcliffe. He has a lauded special on Netflix called “One Shot,” which is exactly what the title implies. The whole special was filmed in one shot, no cut aways and no edits. It was a gutsy move. But he pulled it off. He has been a staff writer for the last four Comedy Central Roasts, and was featured on the dais for Snoop Dogg’s Roast. In addition, he hosts a successful podcast “KillTony,” which he records weekly at The Comedy Store in Los Angeles. He is on tour preparing to shoot a new special later this year, and will be performing at Mercury Ballroom, Thursday night.

LEO: Is this your first time in Louisville?

Tony Hinchcliffe: Yeah. Is the baseball bat place still there?

It is. There’s a 120-foot Louisville Slugger out front.

…The only people who could swing that would be Mark McGuire and Barry Bonds. You know, back in the day before they cracked down on those pesky steroids.

You started at The Comedy Store. That seems like it would be an intimidating.

I love it, though. I was pretty set on doing it that way. I didn’t ever want to be a big fish in a small pond. I knew that once I started it, I was going to do this forever. I didn’t want to look back and not go for it from the beginning. I knew that was part of my story. I actually thought: Maybe 10 years from now you’ll be doing an interview and someone will think it’s cool you started at The Comedy Store. And I’ll get to answer that question. Dave Chappelle said a couple of years ago on stage there, ‘Starting out in comedy at The Comedy Store is like learning how to dribble in the NBA.’

Your Netflix special ‘One Shot’ was filmed in a single take. Why was that a risk you wanted to take?

I wanted to do something that took the audience on the adventure with me. I wanted them to feel connected. I wanted it to feel like a real show, as if they were actually there in the room when we shot it.

Is there one joke you’ve written for a roast that didn’t make air, that you really wish had?

The jokes I write that I feel like should get to air, usually do. But I will say that during the Charlie Sheen roast, they edited Patrice O’Neal’s set differently than it went down. He stole the show that night. He went last, which is a tough spot on a roast anyway. That’s usually the clean-up hitter, after them – that’s it, we’re done, and everyone goes home. Patrice did that. It was unbelievable. And he did that just by telling the truth. I don’t know if he told a single joke. He just kept talking about how Charlie didn’t deserve his own roast. How he wasn’t a very good actor, everyone’s just lying to him. He’s too spaced out to know why he’s in the media. Just on and on, telling the truth word for word. And that was my first time ever seeing Patrice O’Neal. I remember being in the back of the room watching people do spit-takes, falling out of chairs. People were doing that running thing where they can’t even stay in their chairs. It was unbelievably great. I’ve never in my life seen a comedian kill like he did that night. And I don’t feel like the t.v. edit represented that very well. So, nothing to do with my stuff, but that’s a regret I have.

What is it about the darker side of comedy that attracts you as a performer?

You know what? I’ve always just kind of been that way. I’m a huge pro wrestling fan, and I always liked the bad guys there. I like the bad guys in movies – The Joker, Emperor Palpatine. And I love what Pink Floyd does, and how they talk about more compelling subjects than, say The Beatles. Where they’re just talking about relationships, and love, and all of that stuff. I like to make compelling subjects a little sillier. And silly subjects a little more compelling.