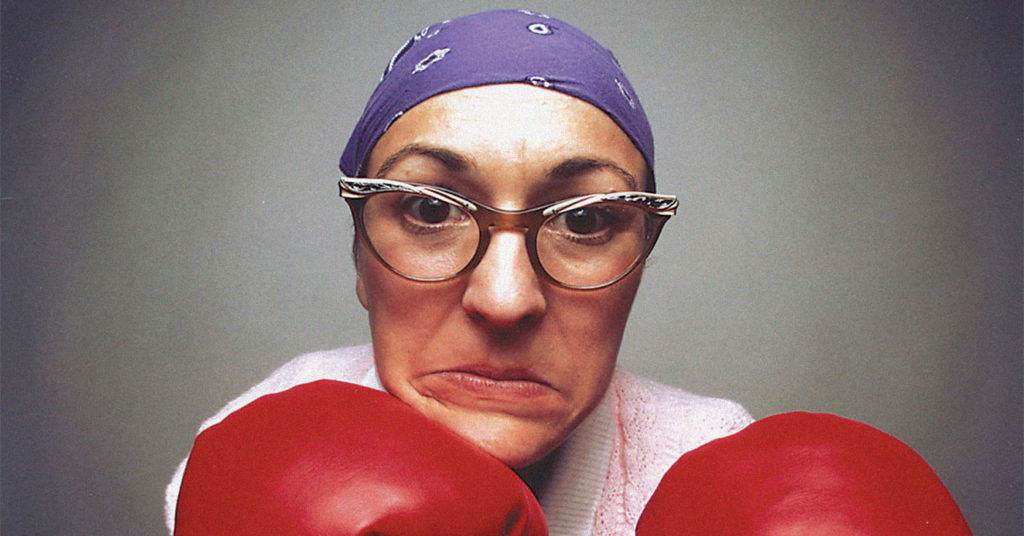 A character-driven stand-up act can be difficult for performers to maintain. As a comedian, it becomes increasingly difficult to keep the material fresh while staying true to your persona. And for an audience, the character can become tedious (as in Larry the Cable Guy). Yet Etta May remains Etta May. Over 25 years, she’s as sassy and outrageous as she’s ever been. The self-proclaimed “Trailer Park Goddess” still sells out clubs. May has been a winner of the American Comedy Awards “Stand-Up Comic of the Year.” She has appeared on MTV, “Oprah,” “Comic Strip Live” and CBS “Sunday Morning.” She regularly travels with the “Southern Fried Chicks” comedy tour, alongside Sonya White, Mia Jackson and Trish Suhr. This weekend at The Caravan, May will be recording her latest album Box Wine and Gas Station Chicken.

LEO: Let’s start with a little bit about your home life, Etta.

You have talked about motherhood and raising kids. Who has more sass? You or your 16-year-old daughter?

Oh hell, no contest, my daughter! She’s gonna make a good stripper one day, though. She really is. She’s working at Hooters, right now. Which Hooters is like junior college to move up to all-nude down by the airport. So I’m not worried about her. That’s the best part of having underachieving children. There’s no college bill in my future.

Is she going to be a ‘Southern Fried Chick’ like her mother?

Oh no, she has no sense of humor. So no she won’t be a ‘Southern Fried Chick.’ She’s gonna be a ‘White Trash Heifer.’

How would you define a ‘Southern Fried Chick’?

A ‘Southern Fried Chick’ is someone who is obviously from the South. But it’s a woman who has a sassy attitude with truth and conviction behind it. Because if you don’t buy your line of bull, no one else will. We may not always be right, but we’re never wrong. You know that old saying? We rule the roost, and our husbands drink a lot.

Speaking of your husband. What must it be like to be married to Etta May?

Well here’s a good how-do-ya’-do. For our anniversary, he bought me a Fitbit. He was so excited. He swore to God he got it right. When he gave it to me, he had such love in his eyes. He said: ‘Baby, I love you.’ And all I heard was: ‘You big, fat hog.’ It’s funny what men say and what women hear.

Maybe he was just listening to your act. You do talk a lot about losing weight.

Not good. I’m the white-trash Oprah. You know how Oprah has lost and gained weight 75 times. I’m in the larvae phase of ‘Chunky Butt Oprah’ right now.

I know you don’t like getting dieting advice. But do you have any diet advice to give?

I don’t know. I have a skinny friend, and she says she weighs herself every day. If she’s a little off, she’ll take it easy for a couple days. But for her, that’s cutting down from two Tic Tacs a day to one. She’s really thin. But I can’t weigh every day, and most fat women can’t. If I get on the scale and I’ve gained weight — now I’m depressed and want a Big Mac. I get on the scale, and if I’ve lost weight, hell, I want to celebrate with a Big Mac. So it’s a no win situation.

I feel like you would be someone who keeps up with the Kardashians.

Here’s what’s wrong with this: What’s Kim Kardashian known for? A big butt. I got twice the butt. I’ll put my butt against hers any day. And mine has more personality, because it has more dimples in it. When my butt smiles, it’s as cute as Shirley Temple. You know what I mean?