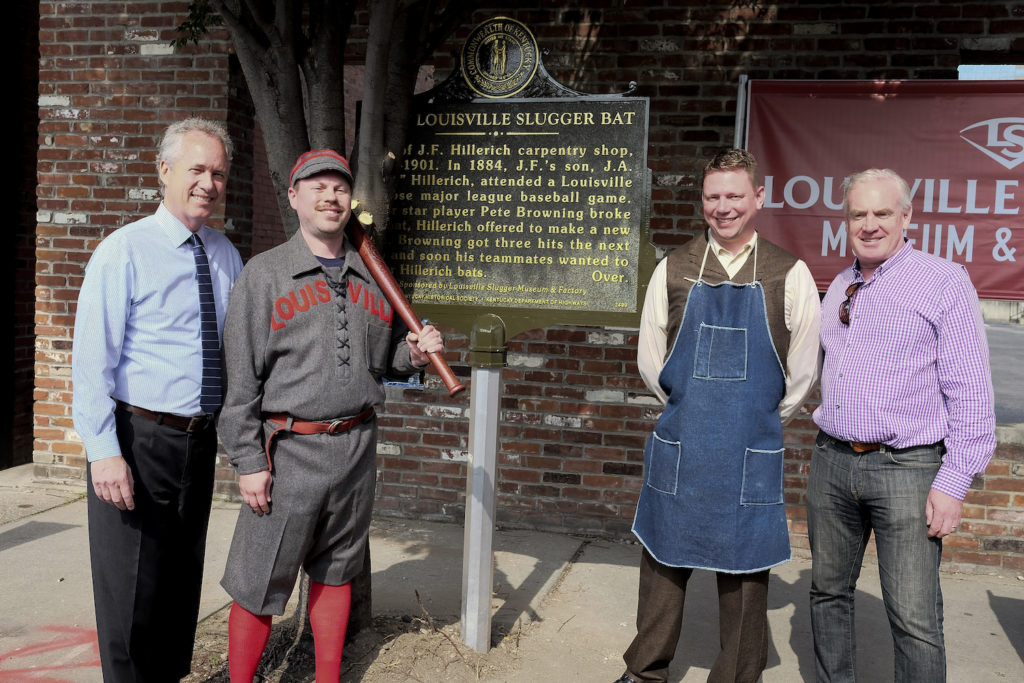 A historical marker was unveiled today at 118 S. First St., to commemorate the site where J.A. “Bud” Hillerich made the first Louisville Slugger bat for Pete Browning 133 years ago.

In 1884, Bud Hillerich skipped work at his father’s wood working shop to root for the Louisville Eclipse major league baseball team. Pete Browning, one of baseball’s greatest hitters of the time, broke his bat that day. Hillerich offered to go back to his father’s shop to make Browning a brand new bat. The next day, Browning got three hits with the Hillerich bat, and a Louisville legend was born.

The historical marker — sponsored by the Louisville Slugger Museum and Factory and the Kentucky Historical Society — is the 2,499th marker placed across the Commonwealth.