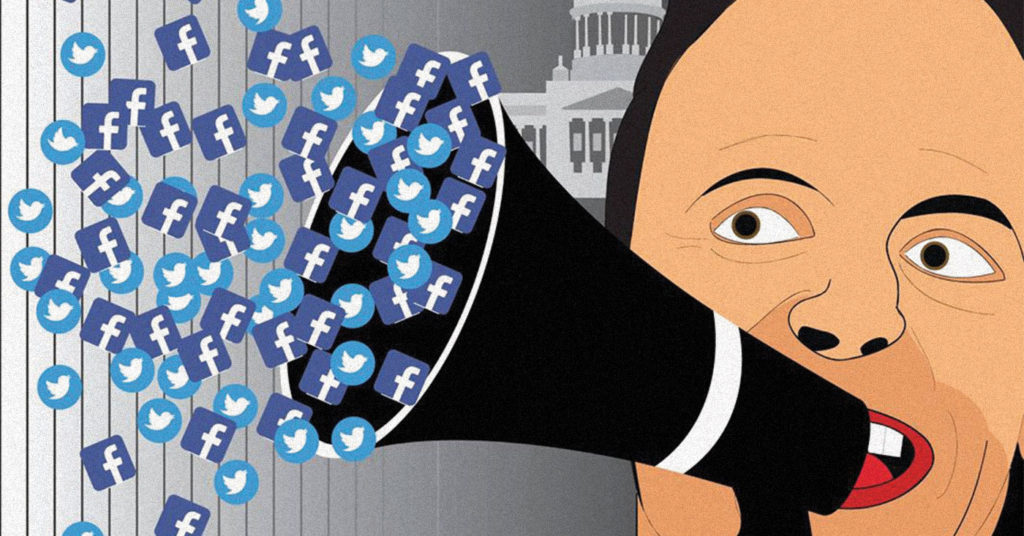 [Ed. Note: We at left-leaning, socialism-curious LEO would never expect Gov. Matt Bevin to return our calls. But apparently Bevin and his spokesperson are not answering calls or emails from any news-gathering media that they find critical. Also disturbing is that Bevin rarely holds press conferences, choosing instead to spend hours tweet-storming away and posting bumptious videos on Facebook of his alleged accomplishments. He is like President tRump’s Kentucky Mini-me. That makes us wonder: Why is Bevin so scared of the media? His reluctance to talk to the press also concerns Al Cross, a former Courier-Journal political reporter who is now director of the Institute for Rural Journalism and Community Issues and associate professor in UK’s School of Journalism and Media. Read what he wrote below, from the Kentucky Press Association, and then his CJ column “Is Bevin a cleanup crusader or a craven coward?” from April 14. And, of course, these are Cross’ views, not UK’s.]

Gov. Matt Bevin’s communications director said last week that “We don’t really find a ton of value” in general press conferences because the governor travels the state extensively and is interviewed by “the newspapers that want to cover the great things that are happening.” And she refused to answer a question about Bevin’s lack of response to news media he doesn’t like.

Speaking on a panel arranged by the University of Kentucky public-relations office, Amanda Stamper said social media allow the governor’s office to “take our messages directly to the audiences we are trying to talk to, being able to break our own news, being able to control the message without having to go through the different filters that the media puts on things.” Later, speaking of social media platforms such as Facebook Live, she said, “There is a transparency about that.”

Stamper said news stories about the governor that drive clicks on newspaper websites “aren’t necessarily the things we think ought to be covered … We don’t necessarily worry about that.” Later, she noted that the Kentucky Civic Health index shows that less than half of Kentuckians trust the news media, down 13 percent from the previous survey, three years ago. She said the reach of Facebook videos can exceed the circulation of The Courier-Journal and the Lexington Herald-Leader in two hours.

Jay Blanton, UK’s executive director of public relations, said traditional media are still important, but are now just one of many platforms for public-relations professionals. He said UK’s social media audience is 530,000.

When moderator Carl Nathe of UK PR announced that the hour was up and panelists could answer audience members’ questions one-on-one, and the panelists began to rise, I rose from my front-row seat, walked toward Carl and asked, “Carl, how come no questions from the audience for the public? I mean, I’ve got a question I’d like to address to members of the panel.” He said, “We can make an exception,” and handed me the microphone. Here’s what I said:

“As some of you probably know I wrote a column recently which questioned the governor’s lack of press conferences and his apparent policy of not responding to media outlets that he does not favor. And I can understand, Amanda, your wish to have things covered that you want covered, but you and the governor are public employees, and the media outlets that you’re not responding to have a significant circulation. I think Lisa [Deffendall of Fayette County Public Schools] at one point said you want to get your message out to people in the form that they’d like to receive [it]. There are a lot of people who read The Courier-Journal, the Herald-Leader, the Community Newspaper Holdings newspapers, who would like to hear a response from the governor’s office. And yet you won’t even show those reporters the courtesy of responding to their inquiries. Why?”

Stamper replied, “So, we are here tonight to talk to the students and answer their questions, so I will, um, take the chance to not answer that question.”

I replied, “I find that completely offensive for a person in a public position.”

I hope editors and reporters in all corners of the state will regard Stamper’s remarks about message control and supposed transparency as an insult to the intelligence of Kentuckians and the need for accountability in a representative democracy, and think about some accountability questions to ask the governor the next time he comes to your town.