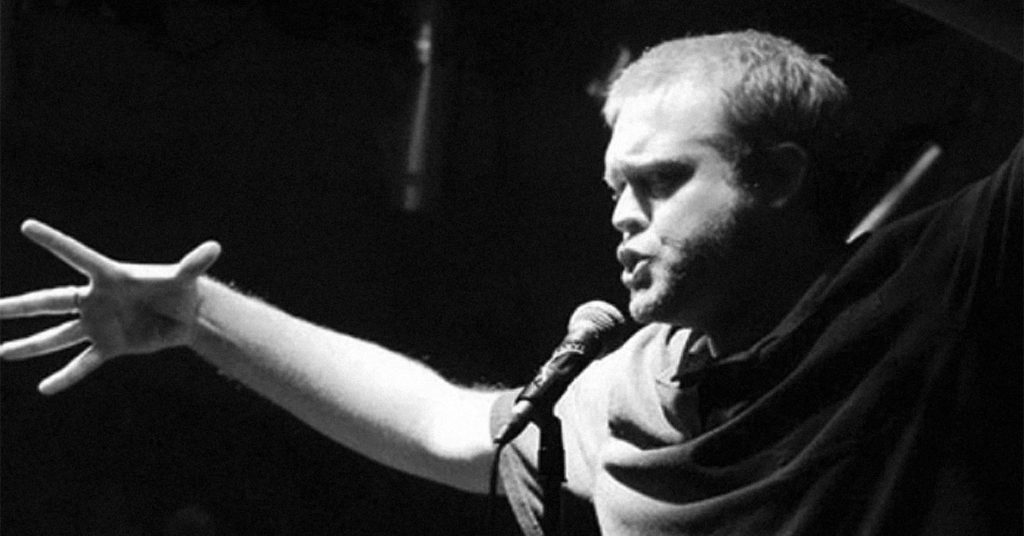 All that it took to launch DJ Dangler on his stand-up comedy career was a friend’s assurances that he couldn’t suck more than the ones he had seen. That was good enough for Dangler to decide to move to New York City, where he moved from joke writer to performer. And when Dangler’s nerves tried to take over before his second show ever, he remembered his friend’s wisdom about sucking and thought: “I knew that I wouldn’t embarrass myself. Other people suck, too.” Since then he has lived in Los Angeles, Indianapolis and back in New York. You can catch the native Hoosier this weekend when he headlines The Caravan.

LEO: You come from a large family. What was it like growing up in the Dangler household?

DJ Dangler: That was mania. But I came along so late, I don’t remember some of them as kids. Some were married before I ever knew them. It was a happy childhood, as much as childhoods can be. I was a very active kid. I played a lot of sports, I was in every club — any bullshit I could do. And, I think, it’s because we were always working at home — our family ran a park. I know it sounds ridiculous, but football practice was less work than going home. So I wasn’t a lazy kid — I’m a lazy adult, but I was a really active kid.

Was sports your first love?

God, no! I hated sports. I only did sports because I was a big kid, and it was expected of me. It’s weird, I didn’t hate sports when I was doing it. But I look back now, and I realize how miserable I was in high school, which I think a lot of people were. But I was just too busy to notice how miserable I actually was…

After a busy childhood, you attended Purdue University. Did you finally get to cut loose in college?

I’m always embarrassed when people talk about how much fun they had at Purdue. I’m not a big bar-guy, I just drank with friends at their place. I’m still not a bar-guy. The only time I’m ever at a bar is when I’m working. I don’t want to say, ‘I’m not fun.’ I like to go out and do stuff, but I’m not much for hanging out in groups. And I like sports as an activity, but I hate watching them. I am interested in stuff. I consume a lot of media. And if my friends are doing, or making, something, I’ll go do that kind of thing and support them.

What drew you to comedy?

I always wanted to write. So I wrote some jokes that I thought were pretty funny and wanted to sell them to a comedian, or something. I asked a friend of mine if he knew how to do that, and he told me: ‘I have a friend who does stand-up, and he’s terrible. There is no way you won’t be better than him.’ So I gave it a shot and loved it. It was the first thing I was ever good at that I enjoyed. I was good in school, but school isn’t cool. As I said I hated sports, but I was pretty good at them.

You started comedy in New York, I would think that would be a pretty intimidating scene.

I don’t know. I think what might have made it easier was that it became very real, very early. I was working next to people I had already seen on Comedy Central. My second show ever, Mike Birbiglia came up and did some time. So I think it made comedy seem achievable right out of the gate. And going back to when my friend told me, ‘He’s terrible.’ I knew that I wouldn’t embarrass myself. Other people suck, too. It’s allowed for you to not be good for a while.

Does a comic’s role of offering escapism, discourse or social commentary becomes more important in an uncertain time like Trump’s America?

I think it’s going to need to. If liberals, and I count myself very much among that group, are going to survive — we’re going to have to learn how to talk to more people and not just get along with people who think like us. Take it or leave it, but this last election shows the disconnect that we, or at least I, sure had with the rest of America. But instead of being mad, I need to start figuring out how to make a better argument for what I believe.