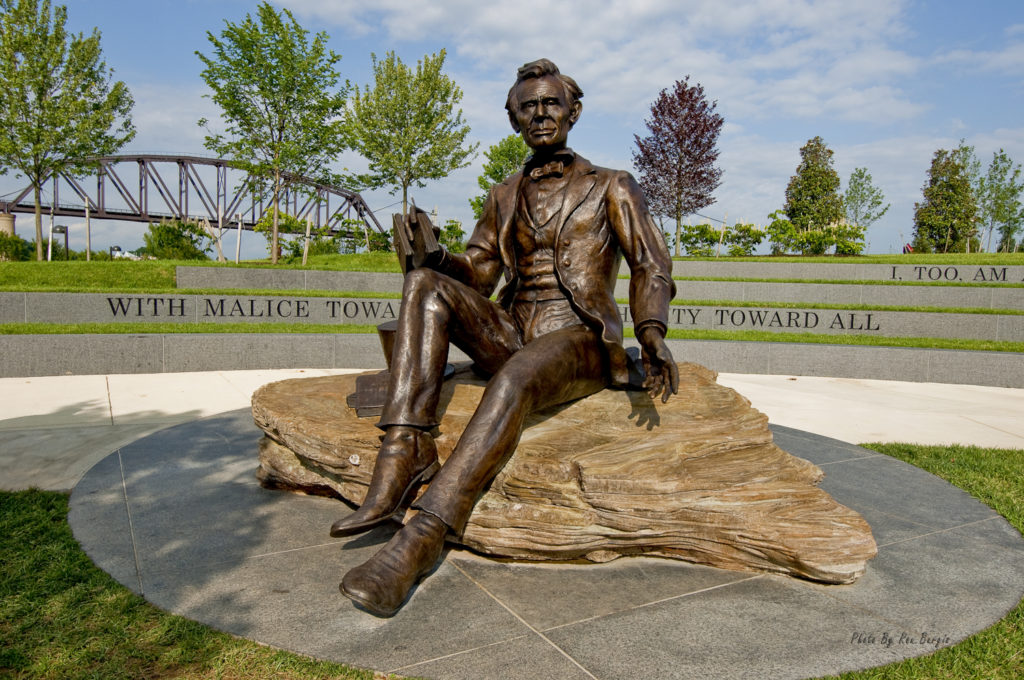 My guess is you are familiar with, or have at least heard of, Ed Hamilton (edhamiltonstudios.com). He’s the guy with the beret on the Hometown Heroes mural at the Glassworks building. While best known locally for his “Lincoln Memorial” in Waterfront Park, he is also nationally known because of “Spirit of Freedom,” the African-American Civil War Memorial in Washington, D.C.

LEO: What type of artist are you?
Ed Hamilton: As a sculptor, I create works in clay and bronze that range from table size to heroic scale as public memorials.

When did you begin making art?
My early training in art began in junior high school, then on to high school, and then four years of intense training at the Art Center School, later to become the Louisville School of Art.

For those of you who wish to become future artists, remember that nothing comes easy, and an art career is not for the faint of heart. It can be disappointing, it can take a great amount of discipline, and yet it can be the most rewarding thing that you have done in your life. So learn all you can, find that artist whom you admire, meet and try to become an understudy with them, go to the openings at galleries and museums. When you meet that special artist, as I did when I met the late sculptor Barney Bright, then you will be prepared to conquer the world with your art.

What are you working on now?
My most recent project is a bust of George DeBaptiste of Madison, Indiana, an Underground Railroad conductor. The other project is a full-scale, life-size bronze of Papa John for the corporate headquarters [in] Louisville.

What is something most people do not know about you?
What most people don’t know about me is: I started out to be a fine art painter, but once I took my first sculpture class, I was hooked beyond [belief]. Clay became my lifeline and my muse.

What do you want to do that you haven’t done?
I would like to have the freedom that I had before the major commissions came along, exploring my own inner being and being able to just make what I want and not make something that I have to do for someone. Such as my early “Junkology” series and my “Confinement” series that was exhibited at Actors Theatre in the early ‘80s.