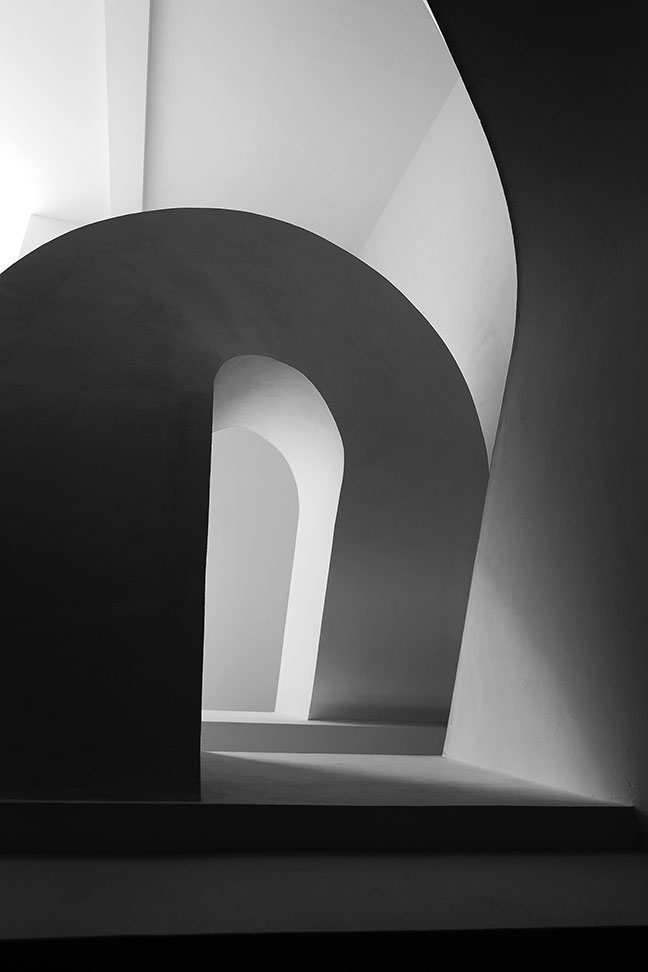 The staccato blue strobe jolted Byron’s stomach into a knot. His first instinct was to run. His next instinct was to lie. Scenarios were invented, evaluated and dismissed with the urgency of a tail-spinning pilot. He never got the chance. The door opened hard against its stop. A loud, authoritative voice commanded: “Both hands on the steering wheel — NOW!” Byron’s sheepish compliance was rewarded by being yanked upward into the misting rain. He was face-slammed onto the hood of a University Police cruiser. Stunned confusion escalated to primal fear as Byron heard “Gotcha’, you little prick!” then handcuffs ratcheting behind his back. A police baton leveraged under the handcuffs pinned Byron firmly in place. After a rough frisk the baton twisted, bringing Byron upright like a tip-toeing corn dog. Through the drone of Miranda Rights, Byron struggled to focus in the chaotic scene. The booming voice of his captor spoke to anyone within earshot: “Sure thought you’d be smarter than this. Damned snot-nosed kid runnin’ around barefoot.”

Byron forgot he wasn’t a car thief for a second. “Officer Husky” asked for identification. He prayed for a miracle, as his shackled hands fondled his butt cheeks knowing full well his wallet was on his desk back at the dorm.

Freshmen weren’t allowed to have cars on campus. It was covered more thoroughly than the criteria for expulsion in the freshman handbook. On-campus parking was a precious commodity. A parking permit for freshmen was a wistful fantasy, like a gymnast girlfriend. Parking was power and privilege. Freshmen had neither.

Parking was relentlessly patrolled and rigidly enforced. Any violating vehicle parked by dupe or daring tripped an abrupt and certain tow truck snare. Once impounded, a vehicle sucked cash like a Maui timeshare: $95 per day, plus another $175 tow charge. With luck it took at least three days to process the necessary paperwork, each day adding to the bail.

Except on weekends. Weekends meant ballgames and frat parties. Parents, alumni, hometown girlfriends, high school buddies and rabid sports fans converged. They randomly parked their cars, motorcycles, trucks, RVs and buses with casual immunity. Every parking ordinance imagined by urban planners was violated. The University Police wouldn’t touch them. Most vehicles lacked the required parking stickers. There was no way to know if that random blue Lincoln belonged to the Chancellor’s brother, or a benefactor’s cousin. Impound the wrong car, and a scholarship endowment, along with a police career, could vanish without ceremony. It was a risk well beyond the reward. Weekends were a parking free-for-all, and tow truck drivers bowled or played golf.

A freshman with a car easily trumped a sophomore guitar player on the social spectrum. Leaving his car back home was unthinkable. Classmates were drawn like zombies to Byron’s metallic blue VW Beetle, and the freedom it represented. Quirky, yet distinctive — the perfect freshman’s car. Life was wonderful from Friday at 5 until Sunday midnight, when the Beetle magically vanished like Cinderella’s carriage. The Sunday Night Disappearing Beetle was a well-rehearsed, perfectly-timed ritual.

The dorm parking lot shined with misty drizzle as streetlights reflected ovals on the asphalt. 11 p.m. was a late start, but a keg party on Saturday had wounded Byron. Convinced of his luck at finding a nearby space, Byron didn’t bother with shoes or wallet. He passed through the metal door into the damp world outside the dorm.

The car’s interior smelled like an old canvas tent and stale Budweiser. With the turn of the key, and a few short coughs, the Beetle settled into a burbling idle. Byron accelerated toward the corner bordering the softball field and turned right. He scanned for a spot. There was only enough curb for the tenants of four small rental houses to parallel park at the end of their sidewalks. Every space was filled.

The last car in line was a Triumph Spitfire. The tiny convertible filled half the original parking space. The Beetle was about a half yard longer than the curb space behind the Spitfire. The parked car need to be nudged gently forward, and there would then be plenty room for both. With wipers slapping, Byron stepped from the Beetle to the low-slung convertible. The door was locked. He carefully lifted the cloth, slid his right hand inside the glass, rocked the door latch forward and lifted the handle. With a muffled click the door opened. He shifted to neutral, half stood and pressed his weight forward against the windshield pillar with no success. Byron pushed again, still nothing. He swung his right leg into the narrow footwell and dropped into the bucket seat to release the parking brake. All the while rationalizing that his actions, while not strictly legal, were certainly justifiable. He would have done the same thing to turn off the headlights, or recover a Frisbee stranded under the car. Surely, the owner of a proper British sports car wouldn’t mind him availing himself to an otherwise wasted parking spot. As he gently lifted the lever and released the parking brake Byron noticed the interior smelled more like patchouli-scented Valvoline than stale Budweiser. It was his last conscious thought before shit got really serious.

“I’m not a car thief. I’m a college student.” Byron blurted-out in a nervous, crackling voice, “My ID is back at the dorm.”

The pulsing blue lights on a backstreet at 11:30 p.m. Sunday night had roused the compact neighborhood. Curtains parted, and front porches filled, all along the short block. On the stoop behind the Spitfire sat a wiry guy with shoulder length blond hair. He stood, stepped down the short sidewalk and politely asked, “What’s goin‘ on officer?” Byron squinted to get a clearer view of the vaguely familiar face. It was Razz, a casual acquaintance from pick-up soccer games at the park.

“It’s official police business, son. Please go back inside and let us do our job,” Officer Husky replied.

“Does it have to do with this Spitfire?” Razz continued.

“Yeah, we caught this asshole red-handed, stealin’ it,” Officer Husky said waving his pen in Byron’s direction without looking up from his clipboard.

“Well, I don’t want to interfere in official police business,” Razz said, “but I know this guy, and he couldn’t be stealing THIS car.”

“Look, I’ve been after this jackass for three months,” Officer Husky said, now paying only slightly more attention to Razz. “Six cars stolen since February. We caught him going for Lucky No. 7”.

“You’re mistaken, officer,” Razz said flatly pointing toward Byron. “That’s my friend, and he’s got my permission to drive my car anytime he wants.”

“What?” Officer Husky asked abruptly, shining his flashlight from the clipboard to Razz’s face.

“He’s my friend. He has my permission to use my car anytime he needs it. The key is over the visor, so he can take it if I’m not here.” Razz calmly added, “So he couldn’t be stealing that car.”

Officer Husky moved to the Spitfire’s open door aiming his flashlight inside. Bending low, he reached in and flipped down the visor. A single key fell onto the driver’s seat. Officer Husky picked up the key, extracted himself from the car and took the mic clipped to his uniform shirt.

“Never mind, we’ve got the wrong guy,” Officer Husky said handing the key to Razz. He uncuffed Byron.“Sorry for the mistake, boy. You gotta’ admit it sure looked like…”

“It sure looked like I was stealing this car,” Byron agreed with a nod.

The nausea slipped away after the cruiser departed the “crime scene.” Byron and Razz were alone on the quiet street. Razz broke the silence: “What were you really doing out here?”

“I was just gonna roll your car far enough to make me a parking spot” Byron confessed, relieved at the calm sound of truth.

Razz broke into a grin and nodded, “Then, let’s make you one.” Reaching inside the Triumph, he released the parking brake, rolled the little car forward a couple feet, set the brake and finished by tucking the key back over the visor. Byron snaked his VW backward to the open curb, exited and locked the door.

“Hey… there aren’t enough words to thank you,” he said, offering his hand to Razz. “I’ll be back after class tomorrow to thank you properly. It’s the least I can do.”

Monday classes renewed Byron’s sense of normality. He bought a six-pack of cold Heineken, then headed north toward Razz’s little house off Lyndon. He patched the fragments of the previous evening into a quilt of sheer amazement. He rounded the corner and could see Razz sitting in the afternoon sun on his front porch. Byron patted his blue Beetle and the red Spitfire as he cut between them to the stoop. They exchanged a smiling handshake, and he pulled two cold green bottles from their cardboard sleeves. Byron clinked an unspoken toast against the neck of Razz’s beer with an appreciative nod.

“I’ve thought about it all day,” Byron began. “The chances against what happened last night are a million-to-one. I mean, of all the parking spots on all the streets in this whole city, I find a few feet of curb in front of your house with exactly the space I need. I try a stupid stunt that gets me handcuffed, and on my way to jail without the slightest chance of convincing any thinking person that I wasn’t trying to steal that car. Then you, a guy I’ve played maybe two games of soccer with, appear and make everything okay. It’s a miracle of biblical proportion!”

Razz listened with an amused smile, nodding in agreement and sipping his beer.

“I would be sitting in jail this afternoon if not for you. I can’t imagine what I would have said to my folks. Razz, you’re the coolest individual alive!”

“I was just curious about all the fuss, saw you getting busted and decided to see if I could help. Really, nothing more to it than that.”

“Nothing more than THAT?! You SAVED my ass. You…”

“My name? You don’t even know my name?” Byron was dumbstruck. “Wow, I apologize. I’m Byron Taylor”.

“What’s that?” Byron asked between sips.

“That Spitfire.” Razz tilted his beer toward the street. “Well… it isn’t mine.”

“Yep,” Razz said lifting his index finger. “But I never really said it was. A cute redhead drives it; built like a gymnast. She always puts her key over the visor. I watch her park it here every Sunday night… must be a freshman. I don’t think they can get a parking permit.” •