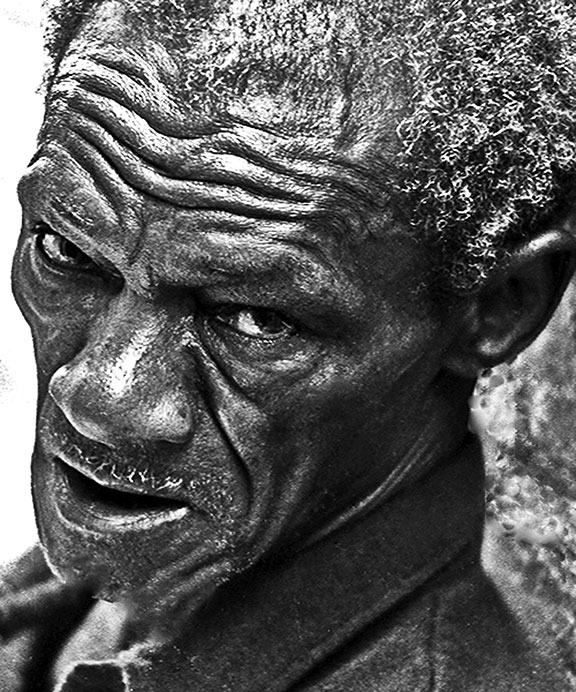 I am looking at him standing at the bar. I had gotten there early and was nearly finished with my first cocktail. I notice he is going bald on the back of his head. His thin brown hair is slick as if he had just taken a shower. He still had his beard, although trimmer than I remembered. Suddenly, I have a flashback to when we were 19 years old, and he surprised me at the record store with a new haircut. A look I was positive had long ago been trademarked by Mr. Clean. He is walking back to our table, and I am brought back to the present. I tell him we should go sit outside.

He and I are in our 30s now. He is divorced. I am single. We are outside and sitting at a yellow picnic table. I look around to see if I know any faces. I am glad that I do not. He is sitting across from me. I think to myself, 19, 21, 26. That’s how I young I was when he broke my hearts. He is quiet, until he asks me what’s up. I laugh because it’s unoriginal, and we are both nervous.

I tell him I was accepted into a graduate program for creative writing and that I have been working as a baker. He knows this because he looked me up online. He wants to know if I’m still making doughnuts. Hold that thought I say and go back inside to get another drink. Lately, it was tequila and sodas with lime.

I sit back down, and he is on the phone. Some of the sweat from my cocktail glass is dripping onto my jeans.

“No problem. Where do you work?”

He tells me he is a night manager for a produce company. He shows no emotion when I ask if he enjoys his job. The air is quiet, and there are questions I need to ask, but I am not ready. His feet are looking for mine. Our shoes kiss, and I adjust my posture. When I look at him, I feel nothing. The air is quiet and someone is smoking a joint. I am not sure why I wanted to see him. And then I remember.

I am trying to look at the spot on the back of his head when I ask the question. He is having trouble looking me in the eye, too. He’s always been that way. The amazing thing is, he doesn’t answer me. I may as well have asked the question in a different language. He is vague and running his hand through his balding hair. I watch as he tries to put sentences together, and it’s awkward. Something about responsibility, and I try not to choke.

“Does that make sense?” he says.

Not at all. It is almost painful to look at him. Not because of the past, but because of the present and future. He is the same. I am not. And then I feel his hand begin to graze my knee. I have to go to the bathroom.

I come back to the yellow table, and he says, “I thought we had talked about all that six years ago.” I lose my ability to put words together. I can feel the sea inside of me rise, forming monstrous waves. I feel them crash into my heart.

I have more questions but realize they will not have answers. I am only able to ask if we can go inside because it has gotten cold. The weather and my disposition. He nods and follows me. This is not his side of town.

He gets in touch with me a month later. He offers to take me on a date. I say sure, because I can get a story out of it. He picks me up at my house. I have a flashback to six years ago, when he was parked outside of my house. It was 11 at night, and I was coming home from work. We went out to a bar, and I asked him what happened to his ring. It’s broken, he said. His hand was on my knee. Rings don’t just break, I said. I remember when he told me the ring slammed against the dresser drawer I had wanted to laugh. But I didn’t fight the story, even though my body told me I should.

Now, here he is, opening the car door for me. I am giving him directions to the restaurant, and his hand that isn’t on the steering wheel is slowly moving towards me. I am folding my hands together to prevent contact. The car is parked, and we are looking both ways to cross the street. My hands inside the pockets of my stonewashed jean jacket, because I know what he wants. He is halfway across the street and turns back, because I am still there. He loops his arm in between the opening I accidently created, and we are now walking towards the restaurant.

This used to be a church. The dim lighting soaks into the refurbished wood that is everywhere, the bar, tables, stools. There is not much of a crowd tonight, and I pick a table by the stained glass window.

He is right about this.

“You’re more self-confident. Sure of yourself.”

He is right about this too.

The server delivers our beers and walks away. I ask if we should get an appetizer. Maybe pretzel bread and beer cheese. The order is put in, and now we are making small talk. He is slightly leaning over the table, showing that he is interested. His feet trying to kiss me again. I lean back into the church pew and stay distant. I don’t remember what we are talking about, and then suddenly I say, “Sometimes I forget you have children.”

He doesn’t talk about them. My hand doesn’t leave the beer glass.

We have another round of beers and finish our food. It’s still early as we are leaving the restaurant and as we drive back to my house. We are parked outside, waiting for the other to say it. I finally let his fingers touch mine.

The key is turned, and the car doors are opening. Then, closing. Beep.

I’m on top of him and realize I’m bored. He pulls my head towards his and I want to revolt. Too much tongue. I quickly change positions, and I ask him to try something different. He’s awkward about this, too. He’s unable to perform what I want, and then this becomes a routine procedure. No talking, until finally we are done.

“Could I ask you a question?” he asks.

“What was with that fuck-you face you were just giving me?”

“I don’t know what you’re talking about.”

There were the motions. The touching. But no feeling. Not for me anyway. I am lying next to him because of something else entirely different.

“Maybe it was just the angle,” he says.

The air is quiet. My head now laying on his chest, with my arm across it. I’m staring at the tattoos on the inside of his arm. Specifically, at the one that is written in red barbed wire with his initials plus hers. It was in that moment that I knew. I am heading towards a place where he cannot go. I find strength in his incapability because it lets me know I’m not who I used to be, even though he thinks I am.

After a few minutes, he asks if I want to smoke some bud and watch television.  I tell him I have to go to sleep. It’s close to midnight. I’m aware of my detachment, as if it’s radiating off of me as I pick my clothes up off the floor.

I’m watching him put on his clothes. And then tying his shoes. He looks up and his brown eyes make me think of marbles. He throws back his hair and runs his hand through. I’m thinking about his bald spot. Now, I’m in the living room wanting him to leave. He is in the bathroom. He comes out and tells me he had a great time. I tell him it was fun. I open the door and he kisses me good night. He steps onto the porch and down onto the sidewalk. I briefly watch as he walks away. Both of his hands in his front pockets, his head slightly angled towards the ground. Suddenly his back became unfamiliar and distant. I smile, close the door and turn off the porch light. •