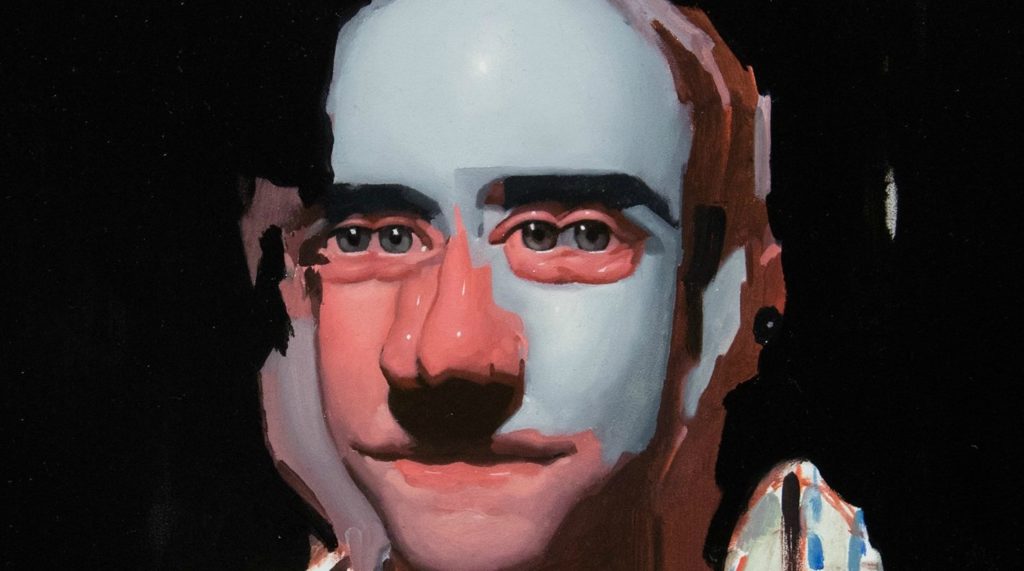 Dom B — “Up in Frequency”
The holidays are hard for a lot of people and for a variety of reasons. For starters, it’s the start of seasonal affective disorder season, given the often gloomy or outright chilly December nights. But Dom B has just what you need for whatever ails you this season with “Up In Frequency,” a sub-bass heavy, EDM-influenced hip-hop jam that conjures up images of warm beaches and light breezes. The production is entirely on point — with a soft synth warbling in and out of time in the background and percussion that never flinches at heavy trap work. Dom B’s delivery reflects the relaxed nature of the beat, with a flow as smooth as velvet. This is the perfect banger to shake off the early-winter blues and a great send off to an all-too-rotten 2016. Fucking see ya.

Anwar Sadat — “Todestriebe”
Your long wait for the new Anwar Sadat is nearing an end. The first single off of their impending Ersatz Living, Todestriebe is an industrial punk masterpiece. This is furious and frenzied, an evolution from their previous work, which was comparatively pop friendly, albeit still equally intense. Growing up in a suburban area, I was the subject to plenty of attempted bullying, replete with gangs of idiots showing up on my doorstep to put an end to my smart ass mouth. And this was the soundtrack to stopping that kind of idiocy, the theme music to standing up to the ugliness and rottenness around you, if only as an accompaniment to your rage. Let’s face it: There is plenty to ignite your frustration and anxiety lately, and whether intentional or not, Anwar Sadat have tapped into the zeitgeist. In fact, the proceeds to this single go entirely to help support the efforts at Standing Rock, another example of standing tall against intolerance.

Kaleidico — “Am I King?”
How do you describe the indescribable? This is the problem I find myself faced with every time I write about Kaleidico, a band that defies any and all ready comparisons. I mean this as the highest praise when the closest act that I can draw any parallel with is Radiohead, given that both bands are a pastiche of styles synthesized into a cohesive whole. Likewise, the two have a granular attention to detail — there is no doubt that every single sound that you hear, from the drums to the synth to the voice was and is at every turn scrutinized and carefully measured against the weight of the whole. Their newest, “Am I King?,” is no different, a slow build that pays off with beautiful synth work and heavily-effected vocals. I have had this chorus in my head on repeat for weeks now, slowly gaining momentum like any good earworm, sneaking into my thoughts when I least expect it. This is a wonderful precursor of what’s to come, and one that comes highly endorsed.

Nmesh — “Fall Any Vegetable”
The precursor to an impending release, Nmesh again illustrates his deep understanding, not only of the vaporwave that has helped make his name, but in the maximalism heralded by artists like Oneohtrix Point Never or Prefuse 73. Here he blends a seemingly random palate of samples for a track that is remarkably coherent especially against the backdrop of the internet — it’s like a synthesis of all data into a new language that privileges that static to noise ratio. As such, this is kind of like listening to the Junkyons, those robots from the Transformer: Animated Movie — garbage robots that speak via radio and processed pop culture references, certainly prescient to modern culture. There is somehow still a relatively cogent through line, a solid hook that is only visible after a few listens. There is a method to the madness, and it’s interesting to consider the many layers to this particular onion.

Jordan Jetson – “Uneasy”
With “Uneasy,” Jordan Jetson shows a mastery of his style. His flow bounces with the beat in a way that gets you hooked, of the sort that gets in your head and doesn’t let go. The production blends solid trap work with a weird, almost disorienting haze of synth, like a tape left out in the sun. Producer Eons D and Jetson have a history together and it shows on “Uneasy” in yet another successful collaboration that lets both shine. Jetson has no problems with confrontational lyrics that maintain a pensive quality carried here entirely alone, with no feature work. That’s not uncommon per se, so much as that it’s a feat to carry the entire weight of the narrative while maintaining a high energy.