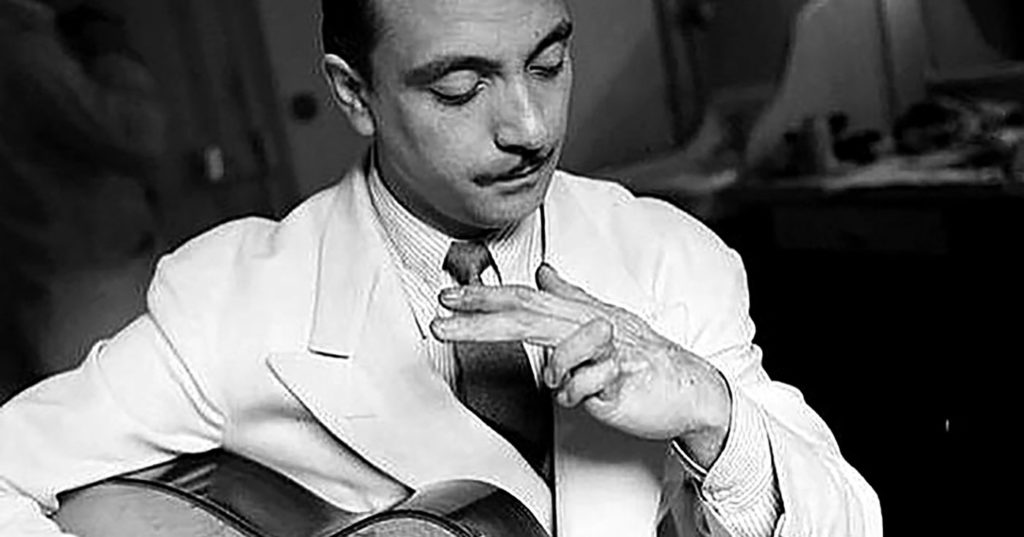 The sixth annual Django Jamboree Gypsy Jazz Fest will be held in Louisville on Nov. 4-5, celebrating the life and music of French Romani guitarist Django Reinhardt. On Friday, there will be a concert featuring the Gonzalo Bergara Quartet, and, on Saturday, there will be classes and a jam session. We spoke with Ben Andrews, the organizer for the fest.

LEO: Django Reinhardt was born over 100 years ago. How is his music relevant today?
Ben Andrews: It’s authentic and genuinely cool, and I think people are hungry for genuine music. There are dedicated groups of amateurs and professionals holding Django-based jam sessions all over the world today. Here, it’s important for me to explain the importance and primacy of the jam session in this music. To many, jam session just means some dudes hanging out with weed, beer and guitars. However, much like in bluegrass and old-time music, in Gypsy Jazz it’s where you learn and expand your ideas, as well as socialize with other players. Django’s music was kept alive in the Manouche camps by his cousins, friends and bandmates by jamming. That is where Roma children would learn the music. Django was ahead of his time — a trail blazer, combining this new music from the states with the traditional melodies and rhythms of his culture of origin. A new take on jazz, and a new life for the old music. Django is a major influence on a wide variety of guitarists and composers of different genres.

Is Gypsy culture represented at the Jamboree?
On Thursday evening, there is an enhanced lecture with live music detailing the culture and travels of Roma through Europe, to be held at Uof L’s School of Music. It talks about Django’s connection to Gypsy culture, who the Gypsies are, and why it is called ‘Gypsy Jazz.’

What is the educational side of the fest?
Well, in addition to the cultural and historical information offered in the lecture, there’s a lot of help for those who want to learn to play this style of music. For example, there is a special technique known as the ‘Gypsy Rest Stroke’ style of picking that allows rapid playing as well as high volume on acoustic guitar, and both with less energy. I can’t speak to violin technique, but Luanne Homsey of Trio Dinicu will be teaching effective posture and Gypsy violin techniques.

Is there a connection between Django and Louisville?
In Paris, 1945, Django recorded four tunes with Louisville jazz great Lionel Hampton. The closest he himself came to Louisville was during his 1946 tour with Duke Ellington, when they performed in Cincinnati.

Reinhardt became a master musician despite having limited use of his fingers. Do you think this enhanced his unique ‘Gypsy Jazz’ style of playing?
Yes, I do. Stephane Grappelli, Django’s longtime bandmate in the Quintet of the Hot Club of France, said in an interview that the injury forced Reinhardt to clean up his lines and focus his ideas. The fact that he had to start over and relearn how to play the guitar with half the available fingers seems to me to have provided him with an opportunity to re-hear what a guitar can do, and to make some very calculated decisions about what kind of sound he was trying to create. So yes, I believe his injury is a part his sound.