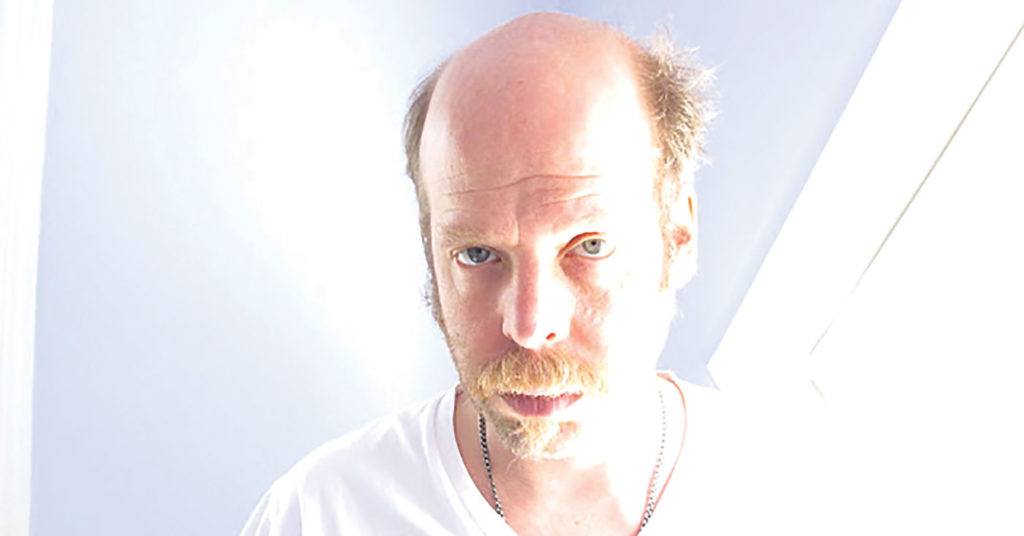 Will Oldham has made his name carving out his own brand of indie and alt-country, so it might seem like a weird fit to work with Chicago-based ambient electronic band Bitchin’ Bajas. Where Oldham typically gravitates towards guitar and voice, the Bajas prefers bubbling synth work and raga-like drones. The resulting work, Epic Jammers and Fortunate Little Ditties, which was released in March, sees Oldham performing again under his Bonnie “Prince” Billy identity, turning in one of the most playful and evocative performances of his career. Before they play this weekend at the Cropped Out (VI) Festival, we caught up with Oldham.

LEO: How do you find collaborators? I know that you’ve worked with a variety of folks over the years. How have you cultivated such seemingly reliable support?
Will Oldham: It’s all about remaining constantly open. A crucial driver in this musical movement is the idea of connecting with others. It’s not about self-expression, it’s about shared territory.

Relative to that, how did you come to work with Bitchin’ Bajas?
Dan Koretzky (co-chief of Drag City) and I regularly talk shop. He started talking about the music-making methods of Cooper Crain, whose main project was a band called Cave. Dan consistently noted practices that Cooper and I shared. Finally, we met … at Cropped Out, coincidentally. By that time, Bitchin Bajas had started releasing records, and I really dug those records. We did a week of shows together a couple of winters ago, and just kept talking and then making. By that time, the Bajas had settled into the power trio that they are now, with Rob Frye and Dan Quinlivan.

How is it different working with Bitchin’ Bajas than other collaborators? Do you try and work to their strengths, or vice versa?
Yes, of course the strengths of others identify and augment our own strengths.  We can only go so far with self-containment. Every step of making our Epic Jammers and Fortunate Little Ditties record has been singular, as have been the subsequent performances.

What initially got you into music?
Goodness, thinking cap must get dusted off and donned. My older brother made his way, at an early age, out into some of the wild and interesting music-making that was happening in town in the early ’80s. He brought lots of records into the house, and hearing Ramones and Bauhaus and Minor Threat blasting from his room shaped and reshaped the contours of my brain.

How did you get into punk and indie from there?
Being at the Brown School with Britt Walford and Brian McMahan — friendship with them led me out of my neighborhood and into basement and house shows. As Brown schoolers, we had official TARC photo IDs that we added phony dates-of-birth using art-supply store stencil sets, which we would then use to get into the age-restrictive Jockey Club in Newport.

What was your first band? My memory and the internet tell me it was Palace, but was there something before that?
First band was Palace Flophouse, with a rotating membership including Todd Brashear, my brother Ned, Brian McMahan, Rich Schuler and David Pajo. My first time on stage was singing Sally Timms’ “Horses” with Brian McMahan, at an Uncle Pleasant’s open-mic.

Is there a difference between Palace, Bonnie Prince Billy or Will Oldham? How do you differentiate between your personas, if at all?
Palace was school, Bonnie is the owner of the singing voice, Will Oldham is the doddering Oz-behind-the-curtain.

What’s the story behind Johnny Cash covering your song “I See A Darkness?” What was it like singing backup vocals on his version? How was it working with him?
It was a dream. I’ve learned little morsels of history that give me a peek into how and why it happened, but as time marches on history gets irretrievably muddled.

Actually, what got you into acting? How often do you do it, and how do you choose roles?
Acting began early, when I was 7 or 8, stemming from a desire to commune with the Peter Lorres, Chico Marxes and Chevy Chases of the world. Now if someone comes to me with a role to which I am more or less uniquely suited, because of my notoriety coupled with my willingness to put myself through shit in order to participate in a terrific fustercluck, then I am likely to raise both thumbs.

What constitutes a good show and why? I imagine you have some excellent examples of either end of the spectrum.
A good show is when an artist or group brings what they are capable of to the stage in an as unadulterated a manner as possible.  I go to see/hear music for music, not for the light show or the proactive social interaction. Certainly I love a good lighting artist and I love people, but if I’m going to witness music then that is what rules the experience. I love Dreamland, I love Kaiju, I love the Bomhard Theatre — rooms that put nothing between the audience and the performer.  The P.A. is not a central player in the success or failure of the show in those rooms.
If you were to assume a hip-hop persona, what would your emcee name be?
Lil Puh.
What happens when you die?
I will never know.
Have you watched, read, drank or eaten anything worth mentioning lately?
I am a regularly-satisfied patron of the Holy Grale and Louisville Beer Store.  I’m sorry to have missed the brief re-release of the first ‘Fast and the Furious’ movies earlier this summer.  The first episode of ‘The Get Down’ was radical.
What should we expect next?
Sometimes I really wish I knew. I guess you won’t have heard — because team Bonny can be, shall we say gentlewith promotion — of the September release of Fanatic Voyage, a record of Mekons covers recorded live in Zurich with a band that includes Louisvillians Danny Kiely and Van Campbell.