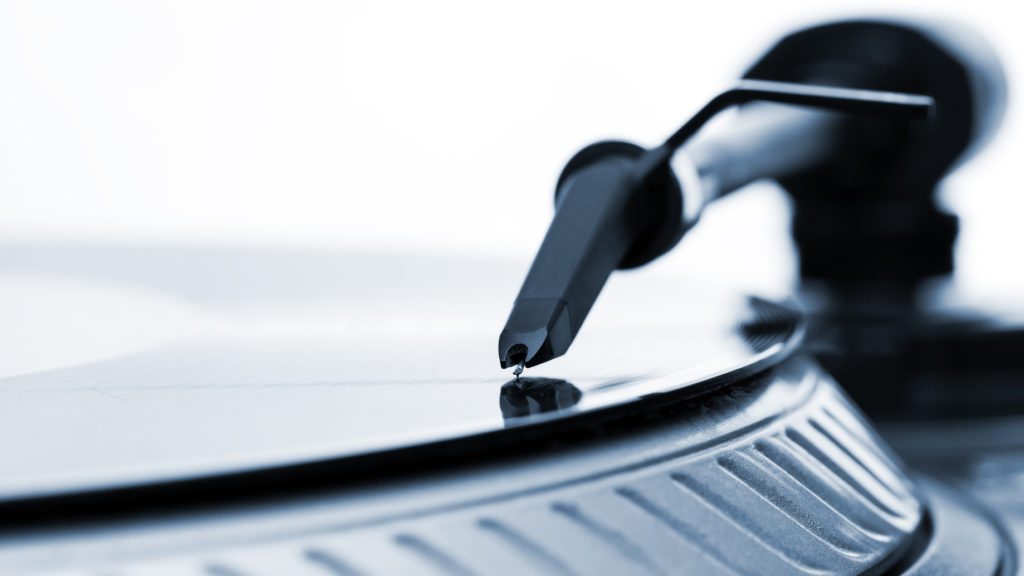 Defining Five is a series at Haymarket Whiskey Bar, where, each month, four people from the Louisville music community pick five songs that have moved, inspired or impacted them, and then they play them during a DJ set. After each event, LEO Weekly will publish an interview with all five to get some context as to why each song was selected. (Stay tuned to Haymarket’s Facebook page for updates.)

“Everything Flows”
by Teenage Fanclub
from the album A Catholic Education
“I wanted to do songs that reflect both me and the band that I’m in, Dry Summers, more so than just through my entire life. This is a band that I was definitely listening a lot to when we decided to form. I love how simple their songs are, yet they are sort of heavy, sort of earnest and sincere, at the same time. It’s reminder that you can play simple chord, and it can still sound good.”

“Answering Machine”
by The Replacements
from the album Let It Be
“That song just has such a great guitar riff, and I know it’s a hard guitar to play, because I know that Paul Westerberg practiced it over and over again to get it how he had it on the album. Aside from that, it’s just a great vocal performance, by a guy who’s not necessarily a great vocalist. And I like that, because I’m very self-conscious about my vocals — it’s easy to think that you can’t sing, that you can’t sing the songs that you write. And, then you hear songs like this every now and then. And really, all of the songs that I picked don’t have great vocal performances. And I don’t think that’s a coincidence. I just think that those songs inspire me.”

Take Me To The Hotel, Johanna
by The Cannanes
“It’s a one-off song. I don’t remember where I heard it, or why I heard it, but I’ve really been able to connect to it, sort of unfortunately, because it’s a really sad song, about that moment where you sort of just decide to give up. But, it’s sort of a gorgeous, exhilarating song, born out of that moment — you don’t want to be at the party anymore, you don’t want to think, you don’t want to talk. You just want to go to the hotel and drink. The song itself is some of that indie jangle pop that we love so much in our band.”

“Pulled Up”
by The Talking Heads
from the album Talking Heads 77
“I wanted to pick a band that you might hear on a popular radio station. Or classic rock radio. I like a lot of stuff on classic rock radio. And The Talking Heads are a band you might hear on there, but also they’re a band that my dad would play when I was a kid. I grew up blaring music through the house with his record player. And he had a lot of great records, that I didn’t realize were great, until I had grown older.”

“Night Comes In”
by Richard & Linda Thompson
from the album Pour Down Like Silver
“I wanted to end with a drawn-out, jam-y guitar song, and I was torn between the Grateful Dead, maybe a krautrock band like Neu!, but I went with Richard Thompson, because I feel like his particular style of guitar playing has started to influence the way I play guitar myself — just a very improvisational, feeling-based, unpredictable style of guitar playing.”

“The Boy With Perpetual Nervousness”
by The Feelies
from the album Crazy Rhythms
“We’re doing all of these by the formation of the band and our own influences. Adam has his own stuff that he brought to the band, and I have my own. Dry Summers is a combination of those two things. The Feelies is a band that I listened to, and I realized that even though I’m not the strongest musician, you can do a lot with a little, based on dynamics. That song in particular only has a few chords, but it’s eight minutes, and it takes you on a huge journey.”

“Anything Could Happen”
by The Clean
from the album Compilation
“That’s probably the most influential song for Dry Summers as a band. We started as a band just trying to rip off The Clean. I found four like-minded individuals that really liked Flying Nun Records and that kind of laid-back ‘80s, influenced-by-power-pop vibe. That song is kind of what is made me want to do this band.”

O, Dana
by Big Star
from the album Third
“I’m really obsessed with Third by Big Star. A lot of people aren’t as into that — a lot of people are into the first record. It’s a really introspective record in a lot of ways. There are great pop structures to all of the songs, but it’s definitely a little more weird and challenging, and it’s a grower for sure, but it’s the one I keep on coming back to.”

“Prove It”
by Television
from the album Marquee Moon
“I started out as a folk kind of guy, and then I got an electric guitar and an amp, and I was obsessed with feedback, so I kind of came into punk and post-punk really late into the game, and Television was the first band that kind of showed me what leads were. I kind of got obsessed with that structure — the interplay of the guitars together. And that’s kind of what  we try to do.”

“Mellow My Mind”
by Neil Young
from the album Tonight’s The Night
“It’s a great song. And I’m not a strong singer, and I would say that me and Adam aren’t typically great singers. It made me realize that you can put out a record and be out of key, and it can be powerful and meaningful.”

“Der Einsame im Herbst” (“The Solitary One in Autumn”)
by Gustav Mahler
from the composition Das Lied von der Erde
“To me, it’s as perfect piece of music as I’ve ever heard. It’s a lot of what I value in music in general. It’s a very emotional piece. It’s very evocative. It has this bristling kind of texture. It feels like a forest, like wind rushing through a forest in autumn. But, the overall structure is something that’s very unified. It has a single shape. And, basically, what I mean, there are no seams to it: There no stop/starts. It’s all very natural. It just feels like you’re breathing and living while you’re listening to this very emotional piece of music.

“A Wedding in Cherokee County”
by Randy Newman
from the album Good Old Boys
“My dad would play Randy Newman for me a lot, as a kid. As a songwriter, he’s just somebody that sticks out to me so much. I think a lot of songwriters write, in two-dimensional terms and Randy Newman seems to have a third dimension. When you’re a kid, you’re listening to music … you’re listening to the Beatles and they’re saying ‘I want to hold your hand’ and you’re like OK, they want to hold her hand. Or you’re listening to the Little Mermaid, and you’re thinking, the Little Mermaid wants to have feet. And that’s clear, and you’re rooting for them. But, in Randy Newman songs, there are these characters, and they have these offbeat perspectives that you don’t necessarily agree with, and you don’t necessarily want them to get away with what they are saying or what they want. He has this third dimension where you’re at odds with what the person in the song wants. And it’s very compelling. And it makes for a more truthful, richer story.”

“Moneytalks”
by AC/DC
from the album The Razors Edge
“I could have picked any AC/DC song, especially the earlier Bon Scott songs. I picked “Money Talks,” because I have this very specific memory of turning on MTV when I was 10 years old and seeing the “Money Talks’ video. And they’re so weird. You think of AC/DC as this standard, no-frills, very straightforward rock band, but they’re so weird. I have this very vivid memory of being a 10-year-old kid and just looking at them, and they’re these little guys — they sing like gremlins, and they’re telling you ‘Bow down before the money.’ And it’s crazy shit. When I was thinking about songs that have affected me, that song was huge. I had heard them before that, but it was the first time I consciously listened.”

“9th Wonder”
by Digable Planets
from the album Blowout Comb
“This was a song that I also remember the first time that I heard it. I was getting a ride home from high school in somebody’s car, and they played it, and it was the coolest song that I’d ever heard, and it’s probably still the coolest song that I’ve ever heard. The vibe of it, the beat of it — it’s really laid back, but there are these little moment where they are chanting together, where it just sounds like people in command of a world that I don’t understand. It’s mysterious and cool.”

“The Spark That Bled”
by The Flaming Lips
from the album The Soft Bulletin
“I was about to decide to study music in college and it’s a really symphonic songs — it’s got a lot of twists and turns and builds, and it’s a really dynamic song. And I was thinking about studying music, and that album might have been the thing that put me over the edge, because I wanted to understand why the dynamics of music like that — the big tonal shifts — why it affected you emotionally the way it does. And I guess I’m still trying to figure that out.”

“Seneca”
by Tortoise
from the album Standards
“I chose that because it’s a pretty quintessential Tortoise song for me. It’s very bombastic and rhythmic and groovy, and it’s a great way too start a set off.”

“Roygbiv”
by Boards of Canada
from the album Music Has The Right To Children
“That was a pretty seminal album for me, as far as getting into electronic music. It got me out of just listening to hardcore and punk music. It’s a good representation of their music — it’s their hit, if they had a hit.

“Atlas”
by Battles
from the album Mirrored
“That was the album that got me way into them. It was the last album they did with Tyondai Braxton.”

“Diagonals”
Stereolab
from the album Dots and Loops
“I love that song because it has a lot of marimba in it. John McEntire from Tortoise plays on it — and recorded it — it’s a really beautiful, kind of playful song in French, and it’s really good for a breezy autumn day.”

“Are Years What?”
Philip Glass
from the album North Star
“It’s sort of a good gateway record for his music. A lot of pieces are really long — this is a nice, four-minute, beautiful, repetitive vocal piece that has some really crazy horns in it. To me, keeping in mind everyone at the bar, I thought it would be a good one for the people here.”