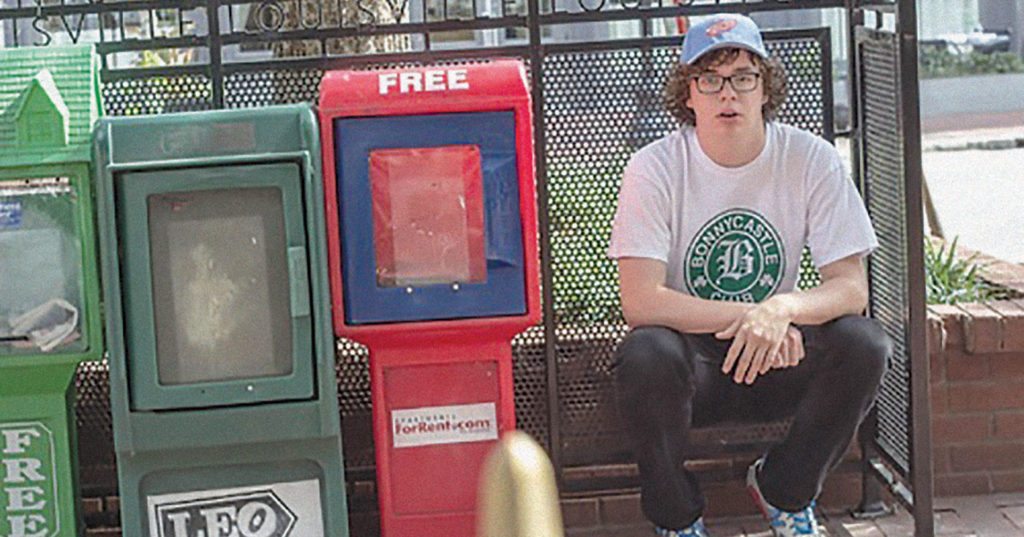 “It’s the first thing I’ve created where I feel like it’s real art,” Jack Harlow said about his new mixtape, 18, which will be released June 17. “I’ve never been so confident in something. I think when it comes out, it’s going to be the shift in my career. I have some new management. As far as the music, it’s more seasoned, more mature. I’m trying to make good songs, and not just to be a good rapper. I’m trying to make good songs and good music. Subject matter is real life. It’s a snapshot of my life right now. I really like it. I think that people will be into it.”

At 18, Harlow, a recent high school graduate, is an up-and-coming rapper who has plenty to say about the world around him, with an everyman approach, matched with the sort of optimism that comes with youth. It would be easy, then, to imagine that a kid out on his own may be hard to pin down, whether as a reflection of ego or unavailability, but Harlow is anything but. Speaking with him, you get a sense of urgency in what he says — not desperation, but a fire in his voice that tells you that he is ready to show the world what he’s got. There wasn’t a moment when Harlow didn’t exude that kind of cool, calm and collected vibe, almost as if his success is pre-ordained. Make no mistake, this isn’t some ego trip in play here, but the kind of confidence you get when you know you’re firing on all cylinders.

“I’m very authentic, and I am who I am, instead of presenting a super-cool persona,” Harlow said. “Not that there is anything wrong with that. I wouldn’t say that I’m rapping about myself. I’m introducing myself on stage. Since I started, I only knew how to be myself. It’s really kind of fitting, just using my government name to bring a little authenticity. It’s who I am.”

Keeping it real is integral to Harlow’s brand, as it were. He knows what he is, a suburban kid in the rap scene, and he has no qualms with that. He gets how important image is, albeit not to the detriment of his art.

“In terms of hip-hop imagery, it’s the biggest genre in the world. It’s especially vital,” he said. “It’s becoming a more open-minded genre. That’s something I’m trying to exploit; I don’t look like the conventional rapper. It’s something that I use to my advantage. I think the fact that there is an expectation in hip-hop is an advantage and helps a lot of artists, including myself.”

Harlow is easy to root for. Just having moved out on his own, his zeal for his art is palpable as he explains his goals, and how he intends to achieve them. It’s the quiet pragmatism behind his expectations that makes his story so compelling: “I am fortunate to have this music thing, this thing that I’m confident enough and passionate about. I think back to when I was 11 years old, when I was searching in life. For me, this is everything. It’s tunnel vision. A lot of people are saying to fall back on something safe. I don’t think money is going to make me happy. What I want is to accomplish something that I’m ambitious and passionate about. If it’s financial stability you want, go to college. It’s not for me.”

He exists in this weird tension right now between his art and any tangible necessity, that kind of world that only a newly-minted adult can appreciate. And Harlow is all in for his show this Saturday, headlining at The Mercury Ballroom, proof of a level-up, he explains, to his career.

“We’re at a really cool turning point,” he said. “A lot of people in the city seem to have their bets on me. We just want to drop this album independently. It’s about building this organic fan base. Release content consistently, to focus all my energy on this. The future is to be determined. Traveling is something you [probably] need to do, but you don’t necessarily have to. You don’t have to do that anymore, because of the internet. A lot will be determined this month, but I have high hopes for sure.”