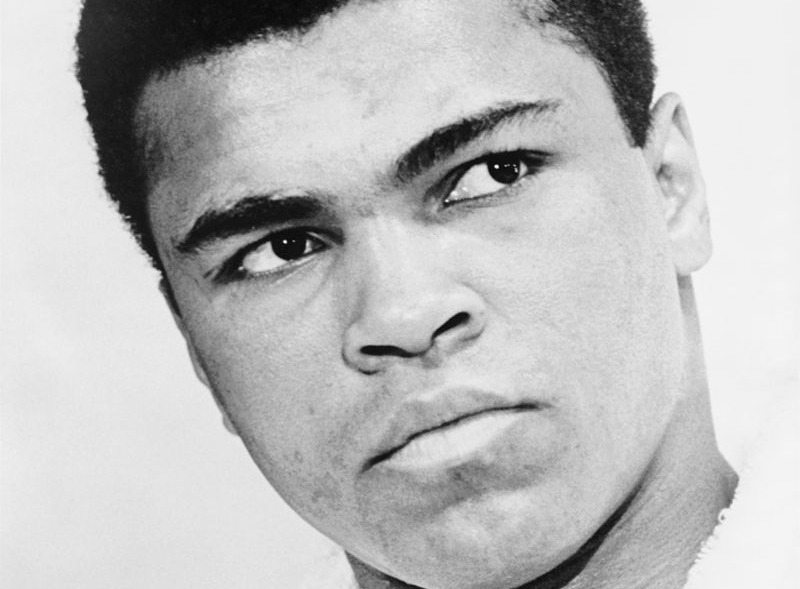 Muhammad Ali, who passed away at 74 on Friday,  was charismatic, outspoken and lightning fast, with the uncanny ability to dodge blows from opponents and society alike. He established himself as the unequivocally greatest boxer of all time, and an individual who would put that title (and an actual tangible one) on the line for his beliefs. We remember him for his almost-unbelievable talent: His “Float like a butterfly, sting like a bee”-style that centered on his eloquently slipping punches (although sometimes stubbornly absorbing them), and returning with vicious counters. With a personality as heavy as his punch, Ali, his boxing and how he used his status to fight an unjust system will continue to be gawked at on the internet for generations to come.

Here are 10 must-read articles spanning the ’60s to this past weekend:

1) “Muhammad Ali: The Dream” by Nick Thimmesch and Charles Parmiter.  A March 22, 1963 cover story from Time Magazine, chronicling his rise from his childhood in Louisville to title contender: http://time.com/3537815/muhammad-ali-dead-the-dream/

2) “My Dinner With Ali” by Davis Miller. A fantastic and evocative long-form, narrative article about the author swinging by Ali’s family home and having dinner with them, which was initially published in the Courier-Journal Magazine in 1989: http://thestacks.deadspin.com/my-dinner-with-ali-511528500

3) “Muhammad Ali Became a Big Brother to Me—and to All African-Americans” by Kareem Abdul-Jabbar. Six-time NBA champion, author and activist Kareem Abdul-Jabbar recalls the first time he met Ali, and about their friendship,  in a memorial column for Time: http://time.com/4358041/muhammad-ali-kareem-abdul-jabbar/

4) “Muhammad Ali and Vietnam” by Krishnadev Calamur. A quick read from The Atlantic that remembers Ali’s refusal to fight in Vietnam, how that cost him three years of his prime and almost landed him in prison: http://www.theatlantic.com/news/archive/2016/06/muhammad-ali-vietnam/485717/

5) “Previously unseen photos show young Muhammad Ali at home” by Azadeh Ansari (photos by Curt Gunther).  A story about how photographer Curt Gunther captured some of Ali’s best fights and personal moments throughout the years, with some rarely seen pictures of Ali: http://www.cnn.com/2016/06/05/us/cnnphotos-muhammad-ali-rare-pictures/

6) “Last Tango In Vegas: Fear And Loathing In The Near Room” by Hunter S. Thompson.   Hunter S. Thompson’s inside look at Ali and his inner circle in 1978 for Rolling Stone, when “The Greatest” was looking to bounce back: http://www.rollingstone.com/culture/features/last-tango-in-vegas-19780504

7) “How Muhammad Ali Woke Up Sportswriters” by Bryan Curtis. An essay on how Ali’s persona and political activism changed the course of sportswriting, recently published in former Grantland founder Bill Simmons’ new venture, The Ringer: https://theringer.com/muhammad-ali-sportwriters-rip-477fd1721947#.hrqun7nhh

8) “Watching Rocky II With Muhammad Ali” by Roger Ebert. Movie Critic Roger Ebert watches Rocky II with Ali, who said during the screening, “That’s me, all right. Apollo sounds like me. Insulting the opponent in the press, to get him psyched out. That’s me exactly.”: http://www.rogerebert.com/interviews/watching-rocky-ii-with-muhammad-ali

9) “Muhammad Ali’s Astounding Bursts of Physical Brilliance” by Cal Fussman. Published in Esquire in 2007, the author spends time with Ali, as he continued to be a public figure for activism while battling Parkinson’s Disease: http://www.esquire.com/sports/a470/muhammad-ali-now/