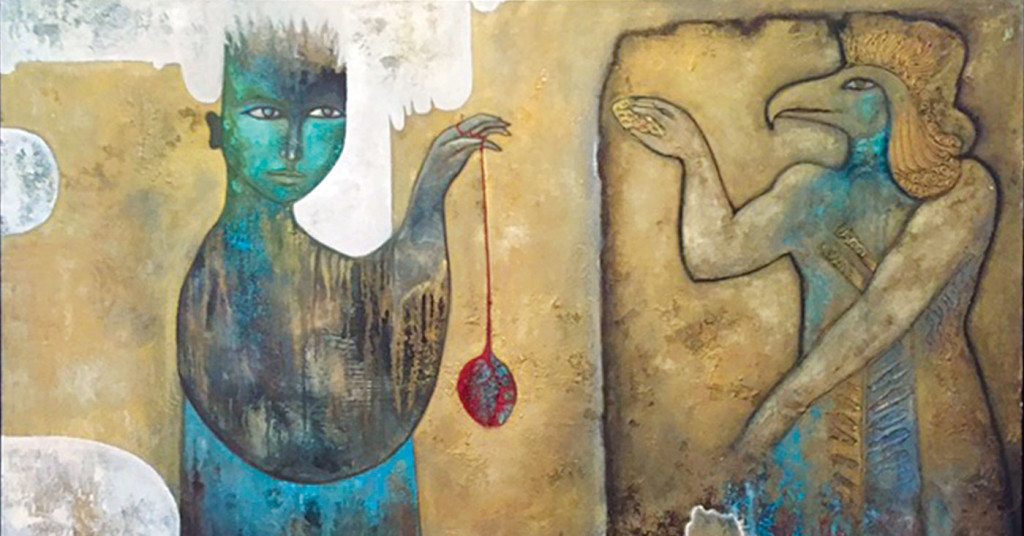 The newly opened art organization, 1619 FLUX, is showing a light art installation by Tiffany Carbonneau and Susanna Crum as well as an exhibition of work by emerging and established artists.

The Muhammad Ali Center is offering $2 off admission all week.

They and a week full of activities in the city are part of “B.KIND: A Compassionate Cities Project” (citiesbkind.com).

Its mission is to “produce mindful experiences [by working] with creative forces to inspire citizens living in compassionate cities to feel more connected.” The online project started in 2014, with the six B.KIND producers living in Seattle, Chicago, San Francisco and Louisville.

Art curator Jesse Levesque, our local B.KIND producer, said she hopes B.KIND will bring “crowds of all different people in to public spaces to celebrate the fact that we live in a compassionate city, with free mindful events and experiences to help people be present in the moment.”

The events are all meant to underscore Louisville’s mission to be a compassionate city. Our Mayor Greg Fischer certainly thinks it is important: He has signed a resolution committing to a multi-year Compassionate Louisville campaign. Compassion can take many forms, Fischer said in a statement, ranging from shoveling snow for an elderly neighbor to helping read to a struggling student.

Levesque decided to get involved in B.KIND because of her ties to Louisville, which she renewed when she moved back to Louisville from Seattle to get a master’s degree in curatorial studies at UofL’s Hite Art Institute.

“Half of my family is in Louisville and half in Seattle. I used to work at Microsoft Studios when I lived in Seattle full-time, and I met one of the founding B.KIND producers when I was working there with her,” she said. “She called me to get involved in the B.KIND project in 2014.”

B.KIND’s compassionate cities project premiered in Louisville on Sunday, April 17, and is continuing through Thursday, April 21. To kick things off, Levesque organized a week of free activities in three locations plus a trolley to travel between them.

The locations are 1619 FLUX, Muhammad Ali Center and Luckett & Farley.

1619 FLUX: Art + Activism, between 16th and 17th streets on West Main Street, had its grand opening on Friday, April 15, just in time to participate in the B.KIND events. It’s apparent by its title that 1619 FLUX plans to use art as a catalyst to help solve social issues.

Luckett & Farley held its B.KIND events on Tuesday, April 19, and is not repeating them on Wednesday and Thursday.

“I have loved working on this project,” said Levesque.