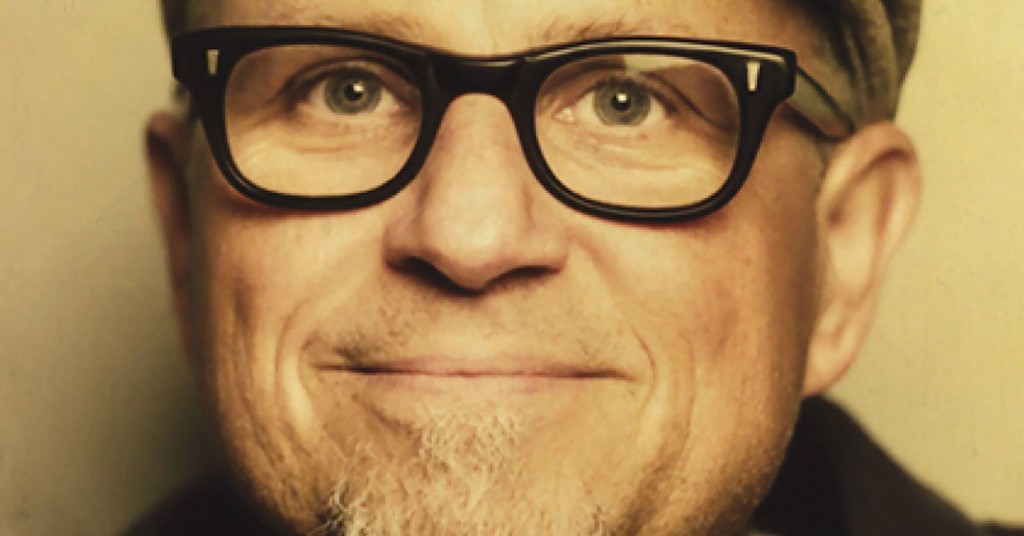 Bobcat Goldthwait is best remembered for his intense, kinetic performances in the ’80s that often devolved into little more than yelling, growling, snorting and sweating. This stage persona became a character that he honed in comedies like “Hot to Trot” and “Police Academy,” but has since left behind nearly two decades ago. In the meantime, he has refocused on a more intelligible, thoughtful stage show, as well as working behind the camera directing films, documentaries, television and stand-up specials for other comedians. This weekend Goldthwait will perform at Laughing Derby, and he took a few minutes to talk with us.

LEO: We’re really excited to have you back through town.

LEO: How have you seen the comedy industry evolve over your three decades in the business?

BG: It’s changed a lot, and I would say for the better. Now that you have social media and podcasts, people don’t necessarily have to jump through the same hoops to develop an audience. That’s cool. I think it’s funny that as I say those are good things, I don’t have a podcast and I’m not very good at social media. [Laughs.]

LEO: Do you prefer acting or stand-up more?

BG: Umm … I probably enjoy directing and writing more than I enjoy the other two. I still enjoy doing stand-up very much, but I kind of stopped acting. I say I retired from acting when they stopped hiring me, but really I kind of made a conscious decision not to act because I find it very hard. If someone hired me to do the persona I did in the ’80s, I’m not really interested in that. I’m just happier being behind the camera.

LEO: Did stand-up and acting prepare you for becoming a director?

BG: They helped a lot. When you’re on stage you have a good idea of what makes people laugh, or you get a good idea of when things aren’t working, and that plays on a set. And as an actor that’s where I was first exposed to the interworking of how things work. Until then, I didn’t know anything about a movie set.

LEO: You premiered ‘Call Me Lucky’ at Sundance. Besides your personal relationship, what interested you to make a documentary about Barry Crimmins?

BG: A big part of it was that I felt Barry’s story was a great story, and an important story. I see Barry as somewhat of a hero. Even if he wasn’t someone I love, my friend, I still probably would have done it because it has a real Frank Capra kind of vibe to it, even though it’s such bleak subject matter. Although I guess a lot of [Capra’s] movies were bleak too — they had a lot of people jumping off of bridges.

LEO: Did Barry agree immediately or did he take convincing?

BG: Well, I waited a while to do the documentary because initially I was going to do a narrative with someone else playing him. I didn’t want Barry to have to relive the events of the movie. But when I heard him on Marc Maron’s podcast I knew he was finally able to discuss these things without going into shock, you know?

LEO: You are most remembered for your ‘Animal’ character, which you’ve said was a product of anger and rage you were feeling at the time. When did you know you had worked that out and were ready to move on?

BG: I don’t if that was my testosterone decreasing or what. [Laughs.] A lot of anger when you’re a young man is righteous, and less so as you get older. For a long time, I was doing less and less of it on stage, but some people always wanted to hear it, so I’d do a little bit at the end of the show. When I left to do Jimmy Kimmel Live! for three years, and then came back to stand-up, I wasn’t enjoying it anymore. Then I realized I just didn’t enjoy that character anymore, since then I’ve had a great time with stand-up.

LEO: You’ve said you were sober that entire time.

LEO: Looking back, do you see where people might think you were an addict?

BG: Not really, I mean I didn’t look at Andy Kaufman and think he was on drugs or anything. I guess it’s easier for people to associate that sort of thing, but I didn’t think I was going out there like Tommy Chong or anything. People come up to me all the time talking about how they did coke with me in the ’80s — I’m like, ‘No, man, that never happened.’ Might’ve been some other chubby guy with a wallet.

LEO: You took time away from the spotlight. What made you want to step away?

BG: I guess I learned what really makes me happy at this age and what doesn’t.

LEO: We recently had a visit from Donald Trump in Louisville, with a lot of mixed reactions. How do you feel about this election season?

BG: This is going to sound negative, but the choices we are going to be left with are very discouraging. It’s strange to have a guy that refuses to distance himself from the KKK who might be president, someone who doesn’t have the common decency. I’m not going to lie and say I’m happy about this. I’m not a big Hillary fan, either, but I think she would have the common sense to distance herself from the KKK.

LEO: If there is one thing you will be remembered for, what would you want it to be?

BG: At this point, if I were to drop dead, I would want people to explore movies like ‘Call Me Lucky’ or ‘World’s Greatest Dad.’ I’m proud of all my movies, but those are the two movies I felt like I did a pretty good job on. I guess I would like people to think I was a decent guy at the end of the day, but who are we kidding? My obituary picture will be me with a mullet in a police uniform, swallowing a goldfish.