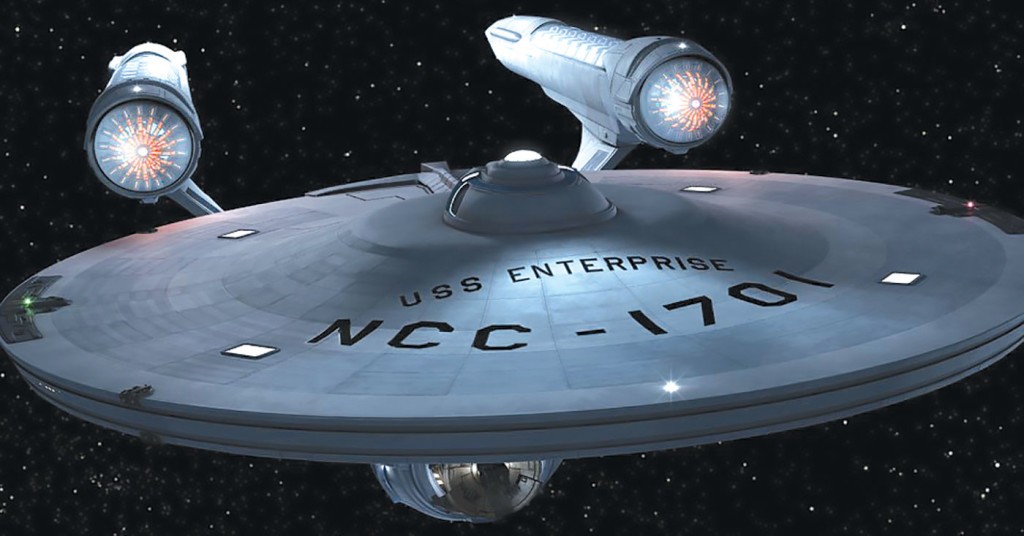 Airing originally in 1966, “Star Trek” — a pop-cultural milestone of the 20th century — set a precedent for storytelling, which posited an optimistic future of socio-political harmony as it relates to race, culture, religion, politics and economy. Where much of modern television relies on dystopian futures and gloom-and-doom scenarios to convey dramatic tension, “Star Trek” has a long history of finding the best in every situation and working towards a positive resolution. Like every good piece of cinema, the music goes a long way in setting the mood.

You may not recognize the name Dennis McCarthy, but any fan of the series would recognize his work. McCarthy is enigmatic in that Bill Withers sort of way that blends his anonymity with his quiet pragmatism. As a composer, McCarthy is a layman with decades of practical experience in the industry. Getting his start with Glen Campbell as an arranger, he found his way to Warner Bros., where he worked on “V” and “The Twilight Zone” before lending his talents to “Star Trek,” composing for “Deep Space Nine,” “The Next Generation,” “Voyager” and “Enterprise.”

“I really liked the original series,” he says. “I just loved working with the musicians, and I saw ‘Star Trek’ as an opportunity to stretch and go at my own steam with the orchestras. The producers didn’t really lay down too many laws. Plus, I really liked the show and the optimism that was portrayed.”

In a series known for engaging in deep philosophical and socio-political commentary, recognizing those themes musically was no small feat, but McCarthy was up to the task: “The main challenge from the 18 years that I did it is that the producers are always looking for fresh material in the themes, sub-themes and motifs. In ‘Star Trek,’ it was absolutely the opposite … 360 shows you can’t use any recurring themes. Fortunately, you could use the horn fanfare section now and then, but that was about it.”

That compositional process was different not only from series to series, but between episodes.

“I’ve done about 2000 TV episodes,” McCarthy says. “For ‘Star Trek,’ it was different in many ways. In ‘Star Trek,’ we never used temp scores (an existing piece of music or sound). The first thing that I would do is sit around and watch the film. Maybe in this scene the actors weren’t adding a lot. Let’s let some Gustov Holst rip through there. There were no temps; it all came from scratch. I’d go home with the video and get to it, sitting at a piano.”

He contrasts this process, noting, “Other shows, I’d go into watch the show — I did ‘Dawson’s Creek’ for a year- and it was filled up with temp music — and they loved it. So, you’d come back, and you’d have lawyers waiting for you. I didn’t really like that. Most shows didn’t have temp music. With ‘Star Trek,’ I always had seven to ten days to write and that’s amazing.”

He concludes that ultimately, “It’s the image that creates the music for me. I have a hard time creating things out of thin air. I like seeing something and then I respond and react to it.”

According to McCarthy, each show had a unique vibe that fostered his creativity in different ways. He believes, “‘Next Generation” to me almost reflected the bon ami of the crew. Everyone on that show really liked each other. We’d go hang out and have a bite to eat. The whole show just had a warm family feel to it, a showbiz family. ‘DS9’ was a darker show. Set out in space all alone … let’s just say we never went out to lunch together. It was a darker show and I treated it that way. Less melody. Less tonality. Trying to create that sense of loneliness. ‘Voyager’ kind of ran the gamut. It went from full on oh-my-god to some ethnic areas. Enterprise was balls-to-the-wall and anything goes. That one the cast was a little friendlier.”

You can hear the music of McCarthy and his peers this Wednesday at the Kentucky Center for the Arts as part of the “Star Trek: The Ultimate Voyage Concert Tour.” The event will feature selections from the score accompanied by footage from the series and movies.