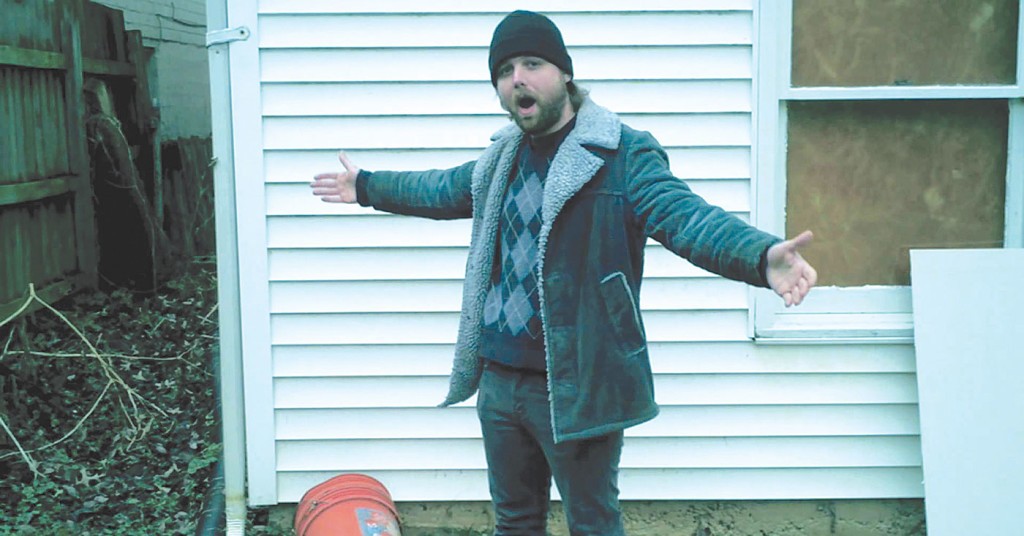 Alex Smith has a schizophrenic music resume. For a while now, he has led the indie-pop trio Lydia Burrell, which features no one of that name — think Pink Floyd playing the kind of music that would make Wayne Coyne weep with joy. A few years ago, Smith started performing under Howell Dawdy, his unlikely, or at least unexpected, hip-hop alter ego. As Dawdy, Smith melds his dry, often sardonic, humor with the sort of beats that sound like they could have been lifted straight from Beck’s seminal album “Mellow Gold.” This Saturday, Smith is merging his fractured musical personas for a Howell Dawdy/Lydia Burrell split release, bringing both worlds together for the first time.

It goes without saying that Smith is a man of many talents, whether creating a wide array of finely-crafted music or through video projects that he has undertaken, primarily for Howell Dawdy. But, his start was auspicious enough.

“Lydia Burrell was originally a solo project,” he says. “I wrote these beats on my laptop, and I played heavy guitar licks over them. When it came time to record it, I realized it was kind of two dimensional, so I started singing songs and asked Mark [Guidry] and Justin [Davis] to join on drums and bass.”

He continues, adding, “Howell started with the random idea for the song ‘Fire Extinguisher.’ I came up with the song and recorded it and shot the video, all in a couple weeks. People responded to it a lot, so I kept doing it. Then my friend Greg Ward asked me to do it live, which I’d never considered, but that was fun for me and people liked it, so I’m still doing that, too.”

There would seem to be a sense of mystery to each band name, given their otherwise seemingly-specific appellations. As with most things, though, Smith keeps everything simple: “Lydia Burrell was just a pretty name I made up. Early on, I thought it would be funny if people thought Lydia was the manager of the band or something, like they named the band after the manager. But I didn’t really assert any gimmicks like that, so it’s just a name. Howell is the name of my — and many other people’s — great-, great-, great-, great-, so on and so on, grandfather. He seems like he was a cool, fun dude.”

It’s that humor and sense of whimsy that informs not only his music, but his live performance. Smith didn’t struggle much with trying to figure out who would headline: “I wouldn’t call it a conflict. Howell was kind of a jerk about it, but Lydia was very, very cool.”

So why splinter his musical identity into two separate halves?

“I thought about that some — and, I suppose, I worried about it — when Howell started,” Smith says. “I wanted to protect the identity of each project. I care about the separation less and less. And I’ve thought about doing a Lydia song where Howell pops in and does a rap thing but, come on, that would have to be pretty ace to not suck.”

With that separation becoming less of an issue for Smith, it was only natural for some kind of split release to come out of it.

“Really the whole thing was Tim Sauer’s [This Man Records] idea,” Smith says. “The Lydia B. song is an old set of lyrics I wrote, which had made it into a demo song several years ago. I lost the demo in a hard drive crash, but I salvaged the lyrics earlier this year and made a new arrangement. The Howell song uses this weird old beat that I wrote for Lydia Burrell back when she was more of an electronic thing. I lost the files for that track in the crash as well, so all I’ve had for years is this rough, weirdly-mixed MP3 of the beat, but I’ve always liked it and I wanted to use it.”

As for the live performance, Smith remains humble in his efforts: “I’m not really preparing any special way. I mean, I know all these songs backwards and forwards. Well mostly. Honestly, I’m looking forward to being on stage for a little longer because you spend so much time practicing and setting up for a show that an hour or whatever — it sometimes doesn’t feel like you even had time to relax up there and warm up to the crowd.”

At the end of the day though, he just wants to put on a good show.

“The best shows I’ve seen were great because of the performer’s relationship with the audience,” he says. “They were having a conversation. So I’m gonna try to do that.”