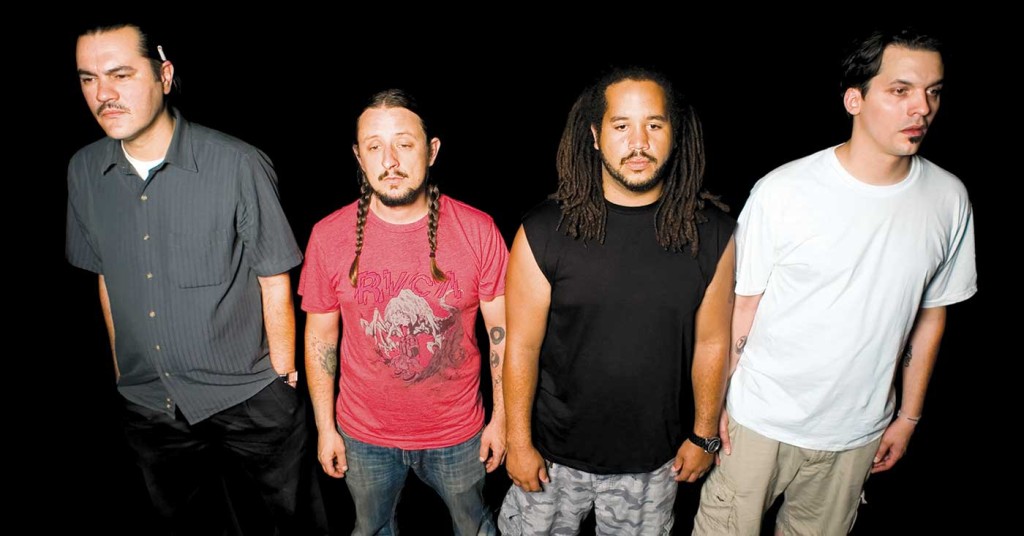 For the last 26 years, Atmosphere has remained a force in the indie hip-hop scene. The duo has made their name not only on the poetic and socially conscious flow of rapper Slug or catchy beats of producer Ant, but also on their diligent touring schedule and dedication to their craft. There is an earnestness here that makes the music imminently relatable, and one that has carried the band over their long run.

For Slug, their story is simple: “Started in the early ‘90s as a few people in a basement killing time by attempting to make songs. Aside from the fact that we now are able to pay our rent doing it, I’m not really sure that it’s evolved very much.”

That ease in his approach to his music is mirrored in his work with Rhymesayers Entertainment, the label he helped co-found in the mid ‘90s. Ever pragmatic, Slug notes, “I’m not embarrassed to admit that I do my best to not concern myself with the business. I created a corner of the world for myself where all I need to babysit is Atmosphere. The label is run by very competent friends of mine, thankfully.”

It’s that very humility that informs and drives his work, which has sustained him over the years. But Slug remains humble on the impact of his work.

“I don’t believe a person should envision their own legacies,” he says. “Leave that up to the people who outlived you. Let them tell your story after you’re gone.”

At the end of the day, Slug just wants you to have a good time.

“I want everyone in the room to feel as if they got an experience of equal or greater value to whatever resources they had to give up to be there,” he says. “I want them to enjoy themselves without impeding on anyone else’s right to enjoy themselves. As far as my own selfish shit, I’m always trying to pull off the perfect show. The fewer mistakes, the less I kick my own ass afterwards.”

You can catch them this Sunday at the Mercury Ballroom. Doors are at 8 p.m.; $25.